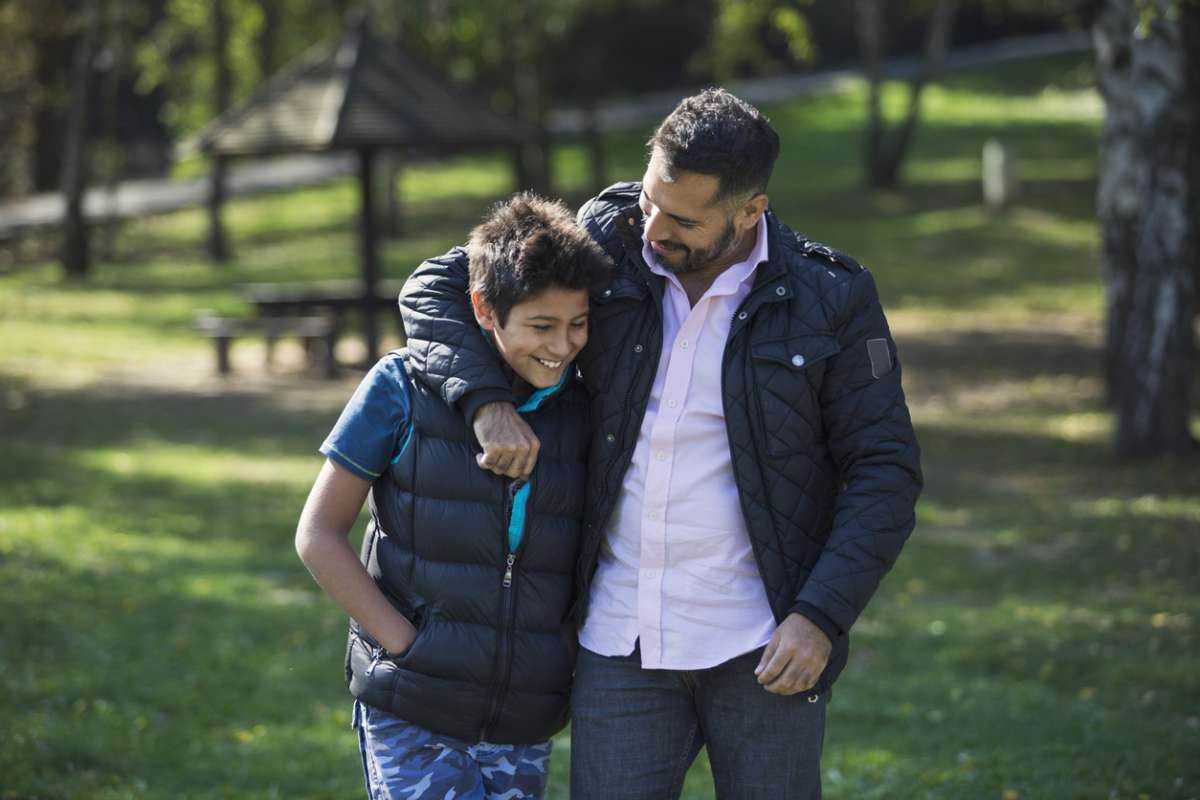 Learn new ways to converse and keep in touch with tween children.

It is important to continue talking to your tween about important issues even though he is silent, distracted, and preoccupied with people and events outside the family. Just don't expect him to respond with words — at least, not right away. Tweens often appear not to have heard, but they take in a lot unconsciously. They may respond a week or a month later as if you had just finished speaking a moment ago. In truth, it is hard to predict what your tween will hear and impossible to fathom how he will process what you say.

A common tween complaint is that parents or teachers yell at them too much. They are often very adamant on this point despite their inability to give examples. When pressed, they may bring up something hurtful that was said to them months or even years before, which you may not even remember. Even when your words and meaning don't register, your frustrated tone may get through loud and clear. Avoid using an impatient tone to try to cut through the dazed state that is a hallmark of the tween years. By trying to force your child to listen and pay attention, you may widen the very gap you are seeking to narrow. To facilitate communication, respond positively when your tween does speak by empathizing, sharing your own experiences, sympathizing, and simply listening.

The tendency of tweens not to share much makes it easy for parents to lose track of them in the shuffle of a busy family schedule, especially if more talkative, demanding siblings usurp the conversation. Set aside a few minutes each day to be alone with your tween. Spend the time talking a little and listening a lot.

Even professional interrogators like police detectives and psychologists can't get unwilling tweens to open up and answer questions. After supplying their name and grade in school, they retreat into uncertain shrugs and sighs. Don't take it personally if you have difficulty getting your tween to relate ordinary events. When tweens aren't up for talking, they purse their lips and simply refuse.

Play therapy facilitates communication by enabling tweens to express themselves through puppets, dolls, and toy soldiers. In so doing, they act out the things that are bothering them with toys and games. Reading such nonverbal communication is difficult, however. You cannot be your child's therapist.

Talking to your tween while he engages in an activity can lessen his anxiety. That makes it easier for him to express his ideas, although you must expect his mind to wander. Similarly, letting your tween fidget during conversations discharges some of the tension and can help him think more clearly. Don't reprimand him if he likes to swing his legs or fiddle with a small toy during serious talks.

While teenagers often accuse their parents of "not caring" because they failed to ask about their day or broach an important subject, most tweens prefer to bring up issues themselves. Whether they feel cared about depends on whether their audience is attentive and accepting or distracted and critical.

Tweens love to play duets with their mother on the piano and enjoy the chance to play a game of catch with Dad. If you aren't inclined to do these things, your child will be happy to have you listen while he takes his piano lesson or have you cheer him from the sidelines during soccer games. But forget talking about it later. What is there to say besides "I'm starting a new song," "I scored a goal," "The piano teacher is mean," "Matthew pushed me."

To tweens, it is the doing that matters. If you ask your tween about his day and he relates something funny that somebody did during recess but fails to mention that he got into trouble for fighting on the playground, that he needs to take cupcakes to school tomorrow for the class party, or that he was informed that he's failing math, he's not being deceitful or purposely concealing information. Tweens, especially tween boys, don't much care to talk, but when they do, they share what is on their minds at the moment.

Often tweens have nothing on their minds. Many parents have a hard time believing that, and their inability to get their child to open up makes them feel as if their child is pulling away or purposely being secretive. Doing things together is a great way to connect with your tween. Shared activities help tweens feel close even if they don't share many words.