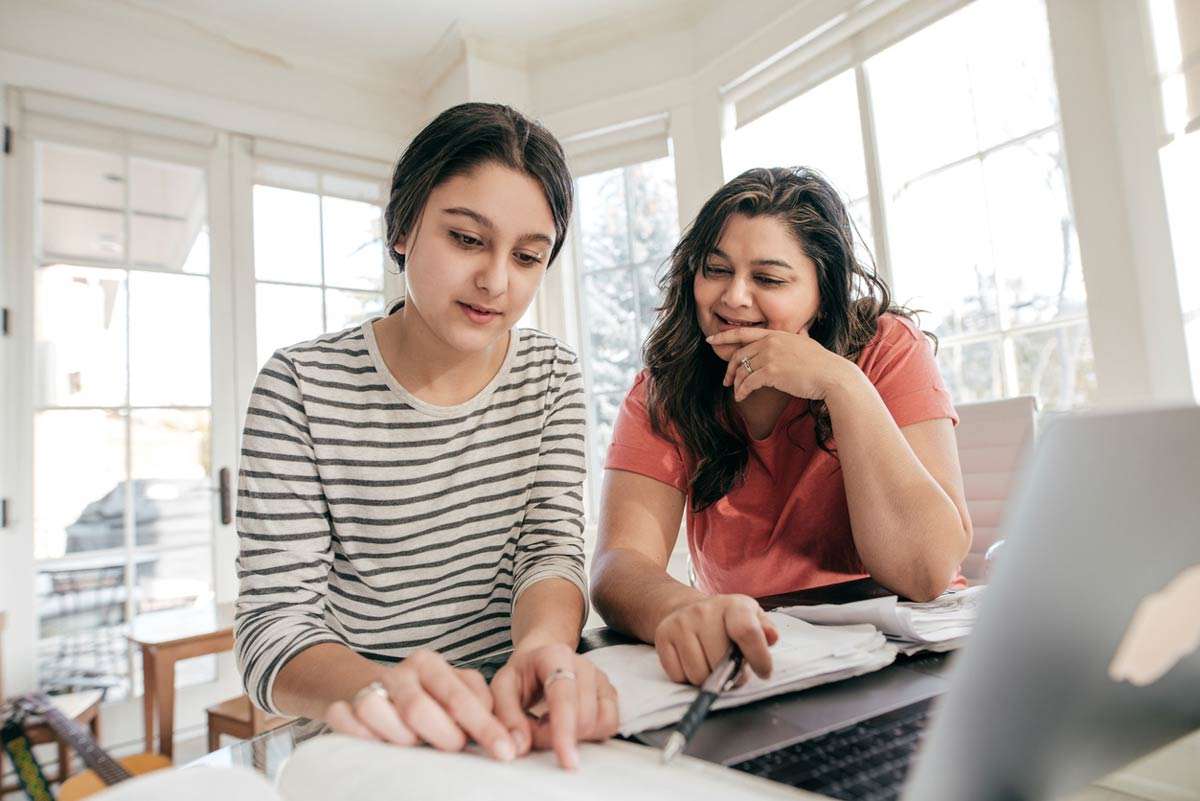 How to Help Your Teen Choose a College

Now that college decisions have rolled in, how do you guide your teen into making the best possible choice. Here are five tips from Rutgers University professor Mark Beal, author of 101 Lessons They Never Taught You In High School About Going To College.
Rachel Sokol

Applying to college is stressful enough—all those essays, SAT and ACT scores, and non-stop chatter in school about who’s going where...it can be overwhelming for teens and parents alike. Thankfully, (and take it from my parents who put four kids through four different colleges and tackled various loans and grant paperwork en route!) you can safely make it through the daunting application and decision process. It just takes organization, patience, and logic.

More: Teaching Teens About Privilege in the Wake of the College Admissions Scandal

Rutgers University professor Mark Beal, author of 101 Lessons They Never Taught You In High School About Going To College, shares his insight to parents on ways they can help their teen make the best college decision.

Take off your parental ‘hat’

Wait, what? Hear Beal out. “Take on a role other than mom and dad. In other words, collaborate with your teen as an objective counselor and advisor.” For starters, make every effort to remove any bias you have or love for your alma mater. Just because you loved your college doesn’t mean it’s the best match for your child. “Instead, help your child create a list of pros and cons taking into consideration all factors such as distance from home, costs, school size, area of study and other offerings.” Ultimately, they need to select the college that is best for them now and over the next four years.

Get the free printable College Pros and Cons Worksheet here.

Don’t feel pressured by others

According to Beal, the biggest mistake families make when it comes to selecting a college is giving into the pressures of friends and family. “There is pressure to select the largest university or the most prestigious college or making the decision based on the school the neighbor’s child selected. None of these pressures should factor into the final decision, but many times, they do.”

For example, my youngest sister was accepted into two Ivy League colleges and of course, my parents were thrilled and really hoped she’d enroll at the University of Pennsylvania or Columbia. But on the tours, she didn’t see herself at these schools and didn’t feel like a large city environment was for her as a small town girl who loves driving. The Ivy League, to her, also felt overwhelming. My parents were indeed disappointed initially, but she ultimately chose Colgate, a small liberal arts college in upstate New York which better suited her personal and academic needs as a science student.

Based on what I stated above, consider class sizes and the vibe of the school as well. I’m a city “person” who wanted small classes but an urban lifestyle, so Emerson College in Boston was ultimately a great match for me in the late ‘90s. But, like I said, my younger sister wanted a stunning, small “campus” with paths and cows and trees, and a place to park her beloved car. It’s all relative. Aside from cost, says Beal, which is probably the top factor families consider when it comes to selecting a college, they really need to consider what college potentially has the best culture for their child to thrive in over four years. No two high school graduates are the same when it comes to their personality and life experiences.

Use this questionnaire when you and your teenager are searching for the right college.

Think about your child’s personality

Based on everything you know about your child during the first 18 years of their life, says Beal, you should prioritize the environment and community that will be best for them, taking into consideration such factors as the size of the student population, the average class size, and organizations on campus that feed the passions of their child. “For example, if your teen has a passion for video games, he or she may love a smaller college where they are making a significant investment in eSports as many colleges are doing today.”

“In interviewing hundreds of college students for my book, 101 Lessons They Never Taught You In High School About Going To College, students who initially selected and attended a large university because of pressure from family and friends and then transferred to a community college, had wished they had gone directly to the community college after high school,” says Beal. “Any high school graduate who is unsure of where they want to go to college or what they want to study or would rather stay home, should register at their local community college for at least one year. During the course of that year they are going to take many of the electives that they would take at a more expensive university and hopefully the majority will be transferable.” More importantly, adds Beal, they will mature and evolve over the course of a year or two at community college and they will have a much better idea of what they want to do and study. “Additionally, more community colleges, (such as CUNY, the City University of New York) now have partnerships with four-year universities making it seamless for students to transfer and carry over the majority of their credits.”

For more information, order 101 Lessons They Never Taught You In High School About Going To College here.