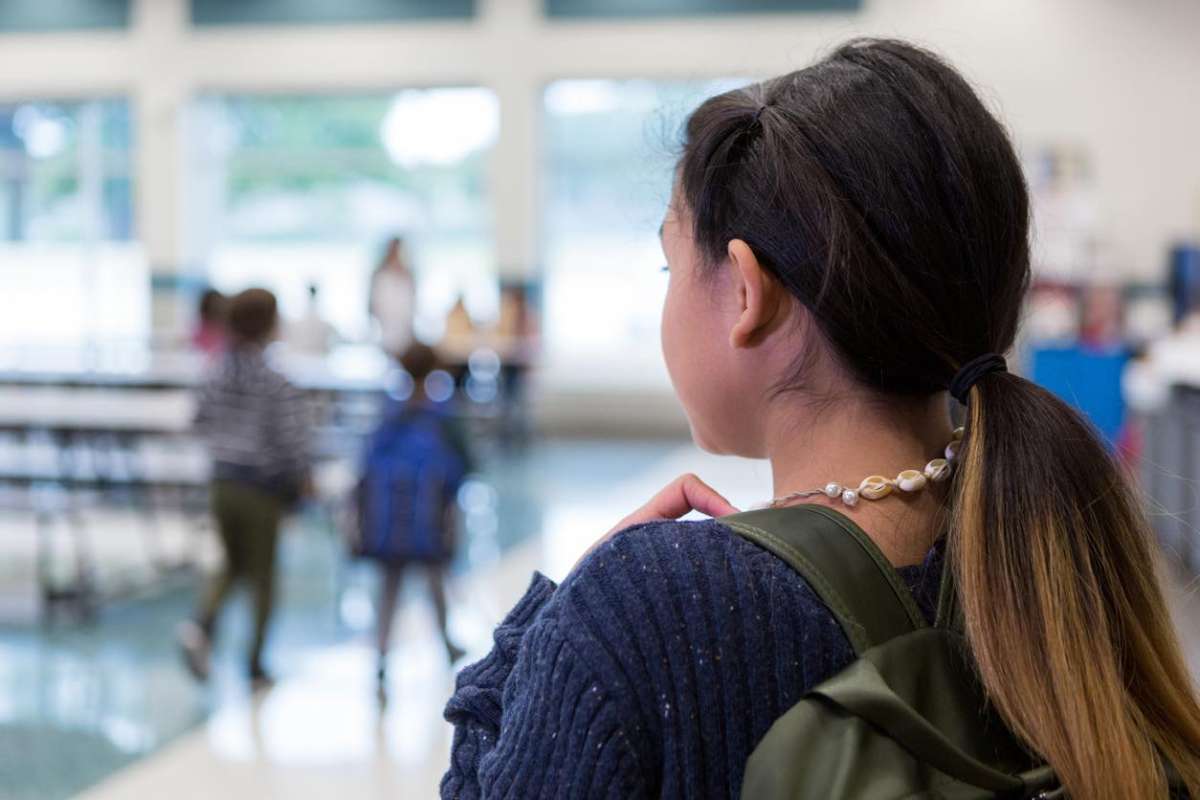 The back to school necklace trend has a darker meaning for teen's mental health.
Dr. Chelsea Hetherington

Topics like suicide and self-harm are challenging for parents, but they’re also crucially important in discussing how to support adolescents’ mental health and well-being.

In recent years, many young people have shared posts on social media using the term “back to school necklace” in conjunction with an image of a noose, the dark implication being that suicide is preferable to going back to school.

While most teens probably see this as a joke or euphemism about dreading going back to school, the back-to-school necklace trend is a meme that can have harmful connotations, particularly given the rates of depression and suicide in teens and pre-teens. These kinds of “jokes” might influence other students and trivialize suicide as a joke rather than a very real issue.

Related: 11 Signs Your Teen Could Be Depressed

Rise of Depression and Suicide Rates in Teens

Unfortunately, depression and suicide are on the rise among young people. Roughly 17% of teens - or just under 1 in 5 - experienced a depressive episode in 2020. Far from being a laughing matter, suicide is the #2 leading cause of death among young people between 15- to 24-years-old.

The COVID-19 pandemic also increased depression and suicide rates among teens. Social distancing and isolation from support networks created an influx of mental health issues for many people. Addressing mental health as well as physical health is a critical need.

Young people are also more likely to experience depression and other mental health issues if they are a member of the LGBTQ+ community. Gender and sexual minorities experience discrimination, isolation, and ostracization from their communities, which can negatively impact their mental health. In fact, LGBTQ+ youth are nearly 3 times as likely to attempt suicide compared to their straight, cisgender peers. Fortunately, research demonstrates that having supportive, affirming parents can decrease the risk of suicide among LGBTQ+ youth.

How to Address "Jokes" About Suicide and Self-Harm

For many teens, creating jokes about dark topics is seen as edgy or cool, but often times kids don’t realize the consequences that their words have and need to be made aware of what is appropriate to joke about.

The “back to school necklace” trend is just one of many ways that teens might joke about suicide and self-harm without recognizing the consequences. One of the most well-known examples of this is the Michelle Carter texting suicide criminal case, where a teen girl actively encouraged her friend to attempt and complete suicide.

How can parents and other loved ones address jokes and memes about suicide? Here are some ideas

Signs of Depression and Self-Harm in Young People

What warning signs of depression and self-harm should parents and family members look out for? Here are a few to be aware of:

Signs of depression in teens

Any one of these signs does not necessarily mean that your teen is depressed or is engaging in self-harm, but if you observe several of these signs in conjunction with one another, it can be a good idea to address it with your teen.

As a parent, how can you support your teen’s mental health?

For immediate help, call or text 988 to reach the 24-hour Suicide and Crisis Lifeline. The helpline has many trained crisis workers who can help you and your family members get the support that you need.

Ultimately, supporting your child’s mental help means being there for them and being open about mental health from the outset - not just when a problem or issue arises. Being open to talking about hard things will help create a safe and supportive relationship with your teen, making them more comfortable coming to you when they’re struggling.