Do you worry that someone you love is considering suicide? Learn more about suicide and how to recognize the risk factors.
Table of contents

Who is at risk of committing suicide?

People of all genders, ages and ethnicities can be at risk.

According to the National Institute of Mental Health, people are more likely to commit suicide if there is a history of

What Are the Warning Signs of Suicide?

Someone may be at risk of suicide if they display the following signs.

What should you do if someone tells you they are thinking about suicide? 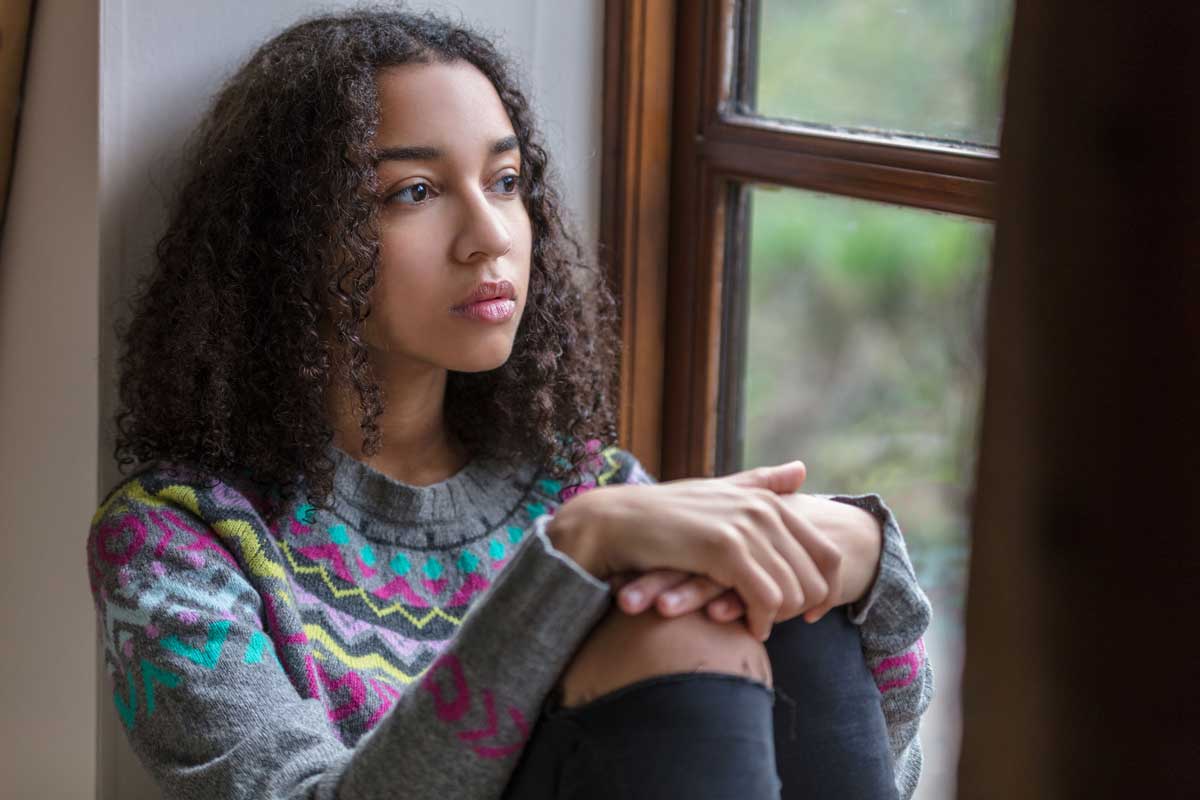 If someone tells you they are thinking about suicide, you should take their distress seriously, listen non-judgmentally, and help them get to a professional for evaluation and treatment.

People consider suicide when they are hopeless and unable to see alternative solutions to problems. Suicidal behavior is most often related to a mental disorder (depression) or to alcohol or other substance abuse. Suicidal behavior is also more likely to occur when people experience stressful events.

If someone is in imminent danger of harming himself or herself, do not leave the person alone. You may need to take emergency steps to get help, such as calling 911. When someone is in a suicidal crisis, it is important to limit access to firearms or other lethal means of committing suicide.

What are the most common methods of suicide?

Firearms are the most commonly used method of suicide for men, as well as suffocation. Women are more likely to attempt suicide by drug overdose.

The presence of a firearm in the home has been found to be an independent, additional risk factor for suicide. Thus, when a family member or health care provider is faced with an individual at risk for suicide, they should make sure that firearms are removed from the home.

More: Parent Awareness Series: Talking to Your Kids About Suicide

Why do men commit suicide more often than women do?

More than four times as many men than women die by suicide; but women attempt suicide more often during their lives than do men, and women report higher rates of depression.

Men and women use different suicide methods. Women in all countries are more likely to ingest poisons than men. In countries where the poisons are highly lethal and/or where treatment resources scarce, rescue is rare and hence female suicides outnumber males.

Is suicide related to impulsiveness?

Impulsiveness is the tendency to act without thinking through a plan or its consequences. It is a symptom of a number of mental disorders, and therefore, it has been linked to suicidal behavior usually through its association with mental disorders and/or substance abuse.

Impulsiveness appears to have a lesser role in older adult suicides. Attention deficit hyperactivity disorder that has impulsiveness as a characteristic is not a strong risk factor for suicide by itself.

Impulsiveness has been linked with aggressive and violent behaviors including homicide and suicide. However, impulsiveness without aggression or violence present has also been found to contribute to risk for suicide.

Researchers believe that both depression and suicidal behavior can be linked to decreased serotonin in the brain. Low levels of a serotonin metabolite, 5-HIAA, have been detected in cerebral spinal fluid in persons who have attempted suicide, as well as by postmortem studies examining certain brain regions of suicide victims.

One of the goals of understanding the biology of suicidal behavior is to improve treatments. Scientists have learned that serotonin receptors in the brain increase their activity in persons with major depression and suicidality, which explains why medications that desensitize or down-regulate these receptors (such as the serotonin reuptake inhibitors, or SSRIs) have been found effective in treating depression.

Currently, studies are underway to examine to what extent medications like SSRIs can reduce suicidal behavior.

Can the risk for suicide be inherited? 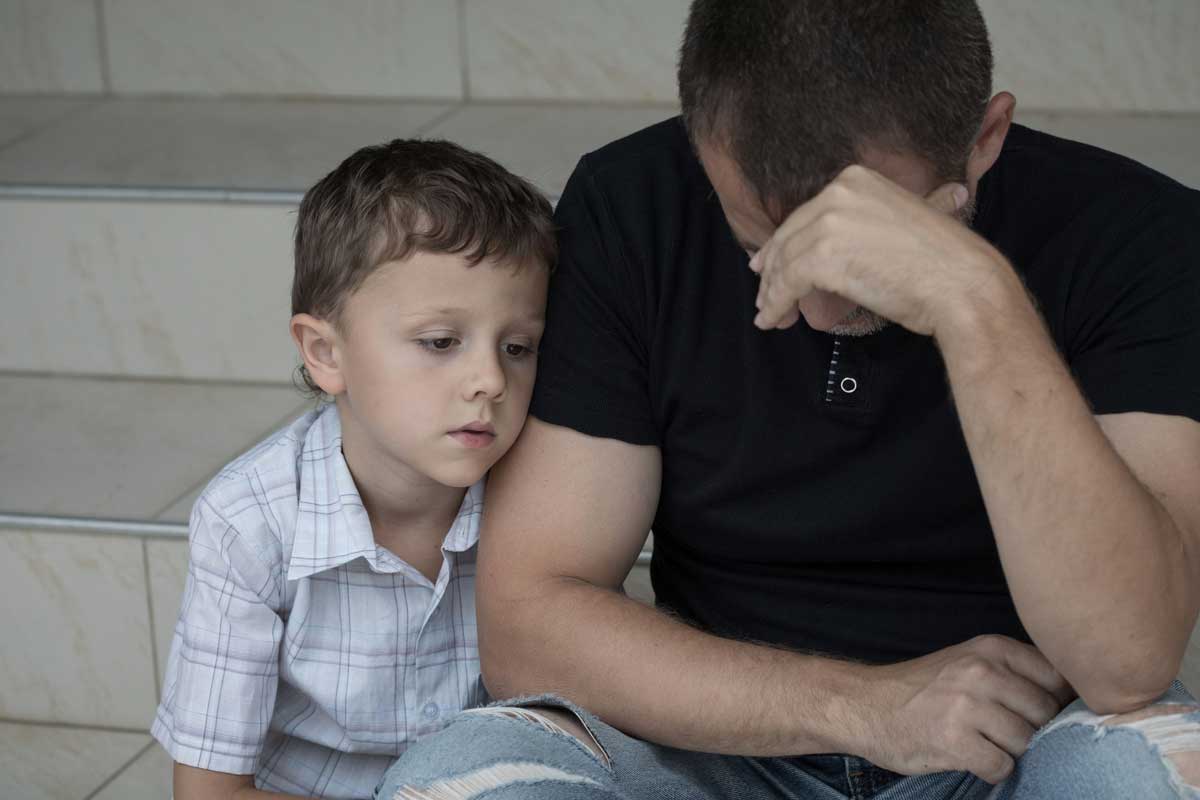 This does not mean that suicidal behavior is inevitable for individuals with this family history; it simply means that such persons may be more vulnerable and should take steps to reduce their risk, such as getting evaluation and treatment at the first sign of mental illness.

Does depression increase the risk for suicide?

Although the majority of people who have depression do not die by suicide, having major depression does increase suicide risk compared to people without depression. The risk of death by suicide may, in part, be related to the severity of the depression.

Another way about thinking of suicide risk and depression is to examine the lives of people who have died by suicide and see what proportion of them were depressed. From that perspective, it is estimated that about 60 percent of people who commit suicide have had a mood disorder (e.g., major depression, bipolar disorder, dysthymia). Younger persons who kill themselves often have a substance abuse disorder in addition to being depressed.

More: 11 Signs Your Teen Could Be Depressed

Does alcohol and other drug abuse increase the risk for suicide?

In a large study following adults who drink alcohol, suicide ideation was reported among persons with depression. In another survey, persons who reported that they had made a suicide attempt during their lifetime were more likely to have had a depressive disorder, and many also had an alcohol and/or substance abuse disorder. In a study of all nontraffic injury deaths associated with alcohol intoxication, over 20 percent were suicides.

Persons who are dependent on substances often have a number of other risk factors for suicide. In addition to being depressed, they are also likely to have social and financial problems. Substance use and abuse can be common among persons prone to be impulsive, and among persons who engage in many types of high risk behaviors that result in self-harm.

What does "suicide contagion" mean, and what can be done to prevent it?

Suicide is the result of many complex factors; therefore media coverage should not report oversimplified explanations such as recent negative life events or acute stressors. Reports should not divulge detailed descriptions of the method used to avoid possible duplication. Reports should not glorify the victim and should not imply that suicide was effective in achieving a personal goal such as gaining media attention. In addition, information such as hotlines or emergency contacts should be provided for those at risk for suicide.

Following exposure to suicide or suicidal behaviors within one's family or peer group, suicide risk can be minimized by having family members, friends, peers, and colleagues of the victim evaluated by a mental health professional. Persons deemed at risk for suicide should then be referred for additional mental health services.

What if someone is posting suicidal messages on social media?

Each offers different options on how to respond if you see concerning posts about suicide. Below are the links to suicide prevention resources for several social media sites:

If you see messages or live streaming suicidal behavior on social media, call 911 or contact the toll-free National Suicide Prevention Lifeline at 1–800–273–TALK (8255), or text the Crisis Text Line (text HOME to 741741) available 24 hours a day, 7 days a week. Deaf and hard-of-hearing individuals can contact the Lifeline via TTY at 1–800–799–4889. All calls are confidential. This service is available to everyone. People—even strangers—have saved lives by being vigilant.

Provided by the National Institute of Mental Health.