Rachel Sokol
In honor of Pi Day on March 14, check out these eight number-themed math games and activities for kids

In honor of Pi Day, which is celebrated on 3/14 of course, here are eight number-themed math activities the whole family can enjoy. Kids will have so much fun doing them they won't even notice they're learning at the same time. What can be better than that?

Natalie Pickett is an Early Childhood Education Consultant for Teaching Strategies, LLC. "From my experience, incorporating children's favorite foods are a great way to teach math where children will have fun while learning," she says. Two of her favorites are Pizza Shapes (Grades K - 1) and Math Memory (Grades 1-5). For Pizza Shapes, with geometric-shaped cookie cutters, have children cut out the pizza dough. Once they identify the shape, they can top their pizzas with their favorite ingredients and bake it. "Prior to cutting and cooking, parents can review names of shapes, number of sides, and how they look similar or different, such as a square and rectangle," says Pickett. "If children are using toppings such as pepperoni, have them count out their toppings as well" 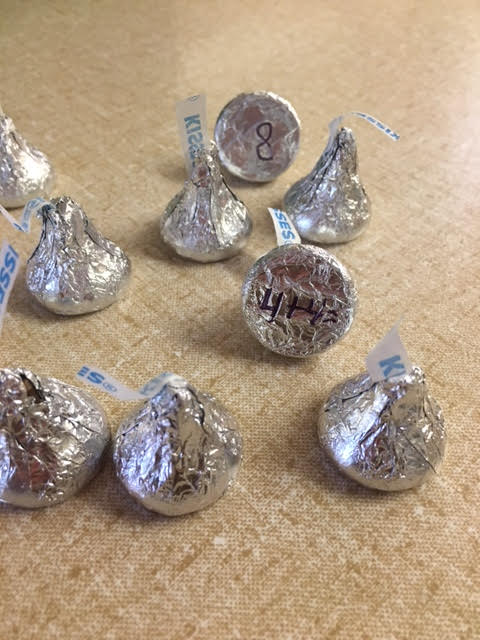 For Math Memory, use candies with a flat surface, such as Hershey's Kisses, advises Pickett. "On the bottom of one piece, write a basic addition, subtraction, multiplication, or division fact, such as '4 + 4.' On another piece of candy, write the corresponding answer, which would be '8' in this case."

Do this for the entire bag of candy using different math problems. Place all the candies face down. Like the classic game, "Memory," children must then turn over the candy and match the correct math fact with its correct answer. Once a match is made, they can keep the candy and remove the question and answer pieces from the pile till none are left. 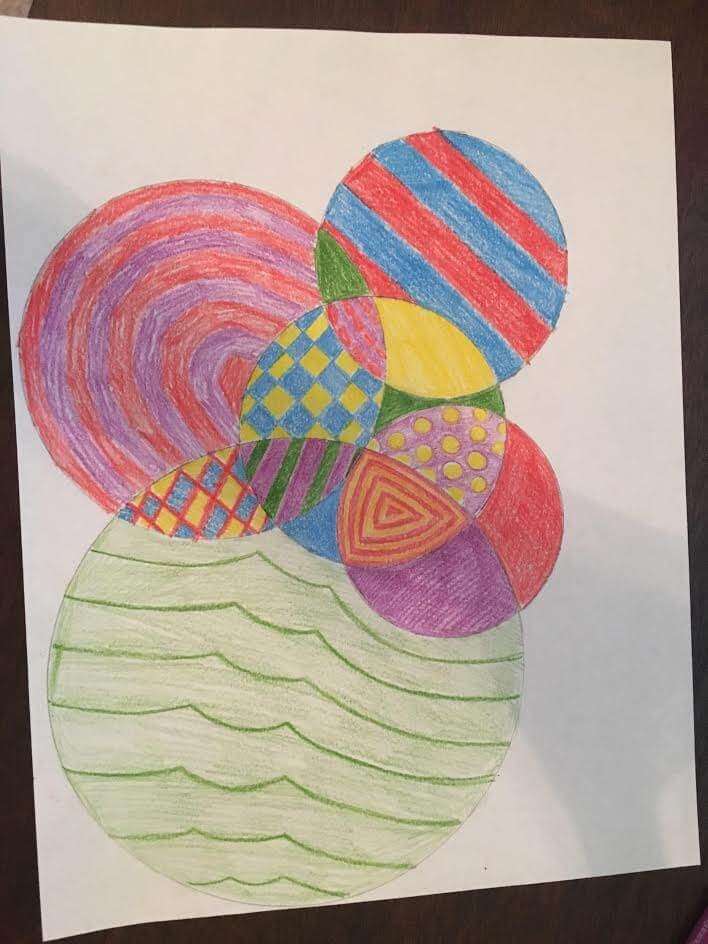 Certified Elementary Teacher and K-6 Tutor Zoie Hoffman of North Carolina shares a math-themed circle activity she likes to do with her students. "Have students trace different circle objects (plates, cups, bowls etc.) overlapping each other. Then have them fill in the different parts of the picture with patterns and colors. Older students can do this with a compass to create different sized circles while also practicing their compass skills." 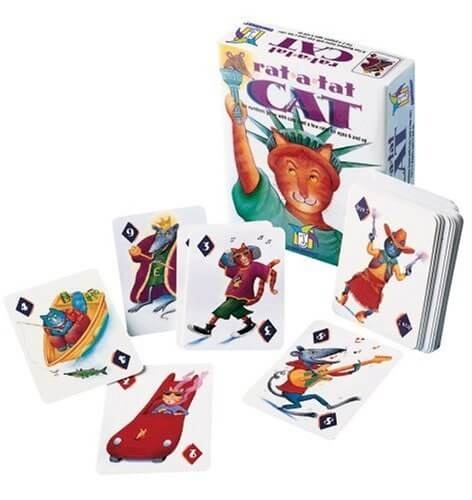 In the game SET, each card has from one to three identical figures on it, explains Sawin, the figures are either ovals, diamonds, or squiggles, and they are all either red, blue, or green. First, you put 16 cards on the table. You are looking for a match; three cards where:

"When you see a set of three you say 'SET' and take them. People can object if they think you are wrong, and sometimes you are! Then you replace the three cards and keep going. It's fast-paced, and completely addictive." (SET is best for kids 6+)

Flocabulary is an educational hip-hop app that offers an entire math program featuring videos on:

...and more. The songs are animations that are attention-grabbing and clever. Geared for first to sixth graders, each video--there are more than 800 available--is accompanied by a set of learning resources that includes lesson plans, quizzes, games, and activities. There's even a feature that will help kids write their own original rhyme about the mathematical subject. 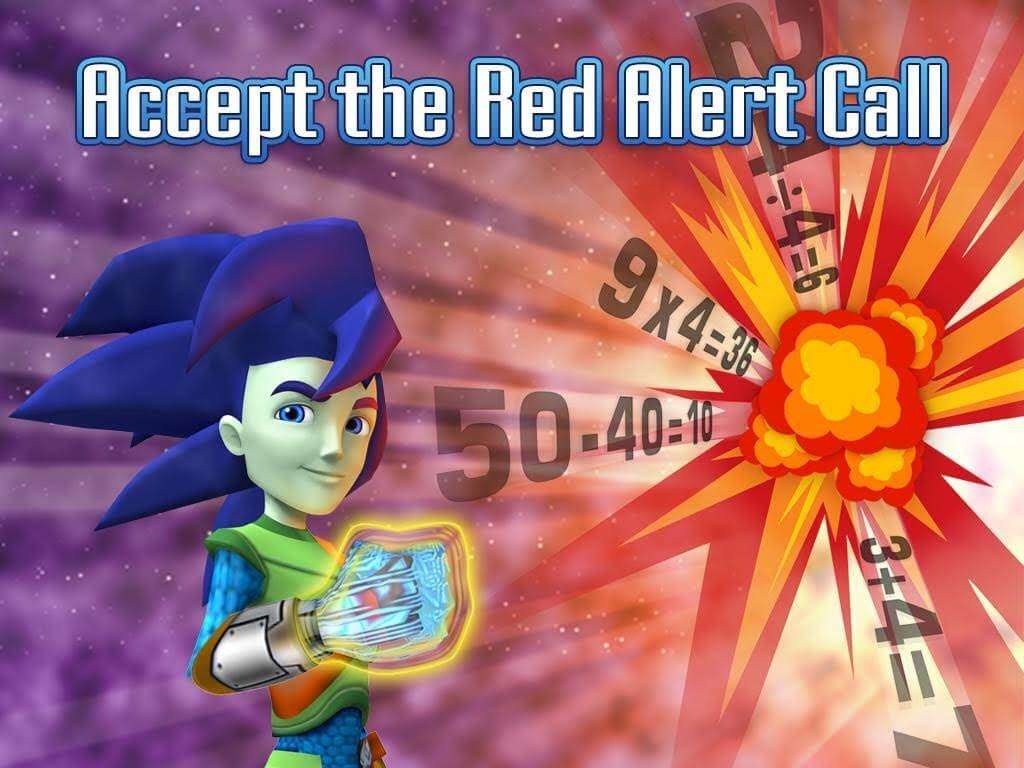 The 90's are back! Kind of. Jumpstart has brought back a 90s childhood classic: Mathblaster. Currently available as a free downloadable game on Facebook and in the App Store, Mathblaster is a comprehensive, 3D online world that incorporates math-based education. Aimed at grades K-8, users compete in mini games that range in difficulty and work to save the galaxy while sharpening their math skills. Additionally, users practice addition, subtraction, fraction simplification, and long-form mathematics alongside "Monster Mutt" in order to save the galaxy from destruction. Game and graphics have been updated and upgrade options (for purchase) are available for more math enjoyment. 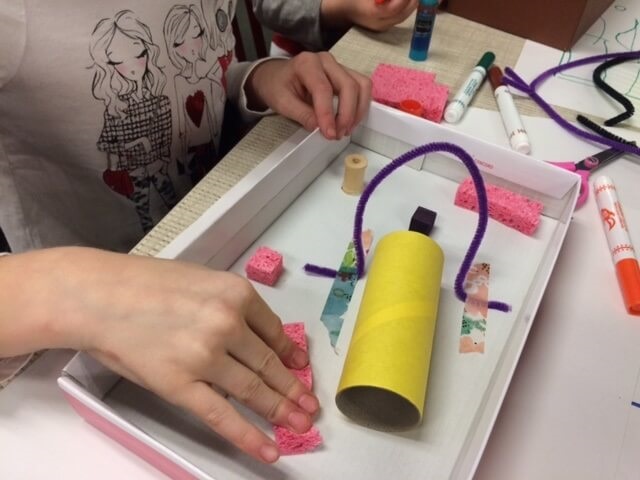 Erica Pearson, founder of Pittsburgh-based ScienceTots, shares the math activity she recently faciliated with children in grades first to sixth. "Using shoe box lids, we created 'marble mazes.' Children were asked to trace the shoe box lid on a large piece of white paper and then using markers, they were asked to plan where they would put their obstacles--materials found around the house like cut-up straws, cut up sponges, toilet paper tubes, styrofoam, and so forth." This required the kids to first assess how much space they had (or area, for older children) and then use this knowledge to determine how many obstacles, or rows, they could fit. Adds Pearson: "Children also had to keep in mind the width of the marble and how much space was required for it to move down a row or around a corner." ScienceTots provided the materials the children used. Check out these examples of what some kids created! and you can find images here and here. "In lieu of rulers, I encouraged the kids to use objects with a fixed length like popsicle sticks or small wooden cubes. You don't need expensive kits, to do and teach STEM."

For those who need a quick mathematics reminder, according to Pi Day's official site, Pi (Greek letter "") is the symbol used in mathematics to represent a constant — the ratio of the circumference of a circle to its diameter — which is approximately 3.14159--most commonly known as just: 3.14.