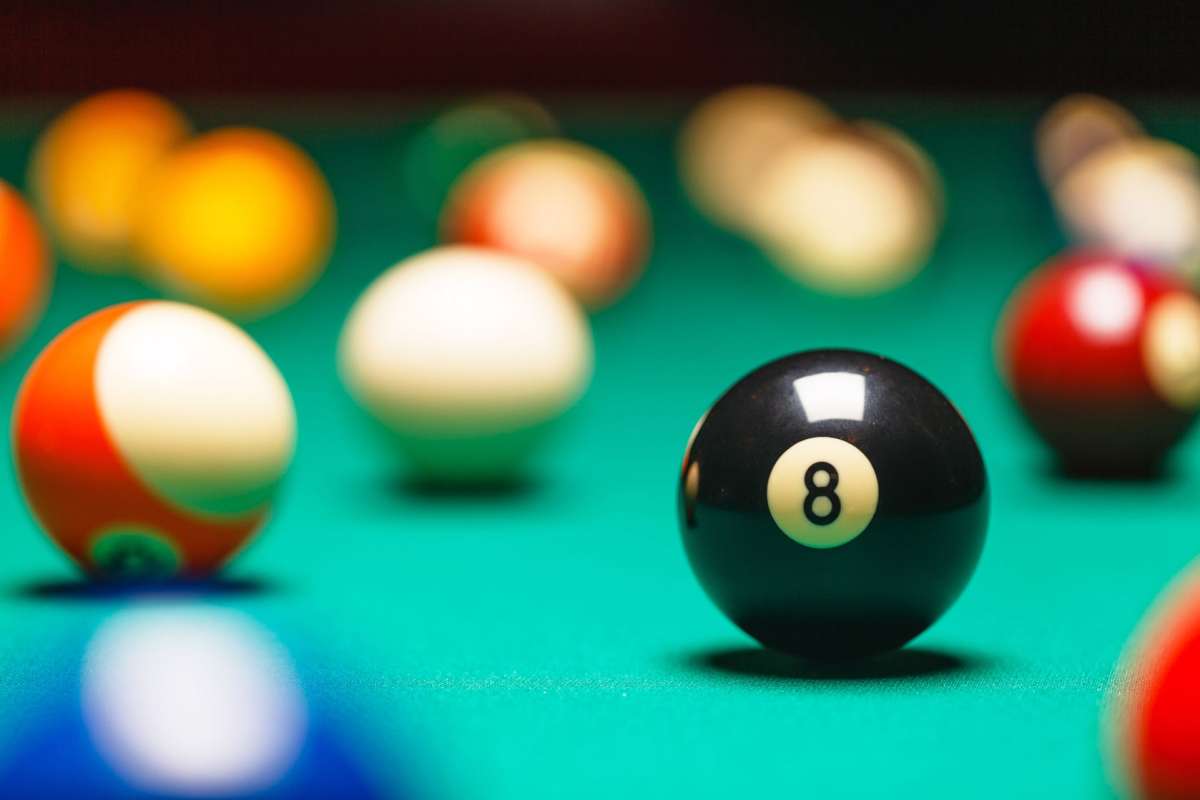 Eight Ball is a Billiard game played with a total of 15 object balls numbered 1 through 15. The goal of each player is to pocket all of his or her group of object balls 1 through 7 (or 9 through 15) and win the game.

You will either play the solid-color balls or the striped balls. You'll establish who plays which at the beginning of the game after the break.

If you're making a “bank shot” or “combination shot”—two types of call shots—you should inform your opponents of your intended shot because those shots are not considered obvious. Name the ball and pocket for which you intend to aim. You don't have to give any more detail than the object ball and the intended pocket.

Eight Ball is generally played as a call shot game, which means that before you hit a ball, you must call the shot. First, you pick your shot, then you say it aloud so your opponent can hear you: “Five ball in the corner pocket” or whatever the shot is that you're about to make.

If the shot is obvious, you don't have to call it, but your opponent is entitled to ask if he or she is not sure. If you pot a ball that you did not call (called “slopping”), official rules say to leave the ball in the pocket. However, many people prefer to return the slopped ball to the footspot. One way or another, your turn is forfeited to the next player.

You can only hit the 8-ball as part of a combination shot at this point during the game. If you make a direct strike on the 8-ball, you lose your turn and any pocketed balls remain pocketed. Your opponent can continue to play on the open table at this point.

Now that the table is open, it's time to pick your group of object balls. Your selection is determined only after you pocket a called shot. The solids are numbered 1-7 and the stripes are numbered 9-15. The 8-ball is black. So if you call “9-ball in the corner pocket” and you manage to pocket that called shot, then you will be stripes for the remainder of the game.

All this sounds pretty easy, right? Well, not exactly.

Here's the catch: On all shots—after the break and not when the table is open—the player must hit one of his group of balls first, and either pocket a ball, or make a ball (or the cue ball) contact the side of the table.

If either of the balls does not contact the side of the table, the shot is considered a foul. Your opponent may then play the cue ball in hand from anywhere on the table (this does not necessarily have to be from behind the headstring—that just applies to the opening break) .

A shot is considered to be a foul if it is jumped off the table. Jumping a ball off the table means you lose your turn to your opponent. Your opponent may spot the balls in numerical order from any location on the table (that means he or she can place the ball anywhere on the table before taking his or her next turn).

A ball is considered illegally pocketed for the following reasons:

You keep playing with your object balls on your visit to the table until you fail to pocket a shot. Once all the object balls of your group are pocketed, you try to pocket the 8-ball. The first person to achieve this wins the match.

You can forfeit the game for the following reasons:

Looking for more fun games to play with the family? Grab a deck of cards and check out our Card Games section!