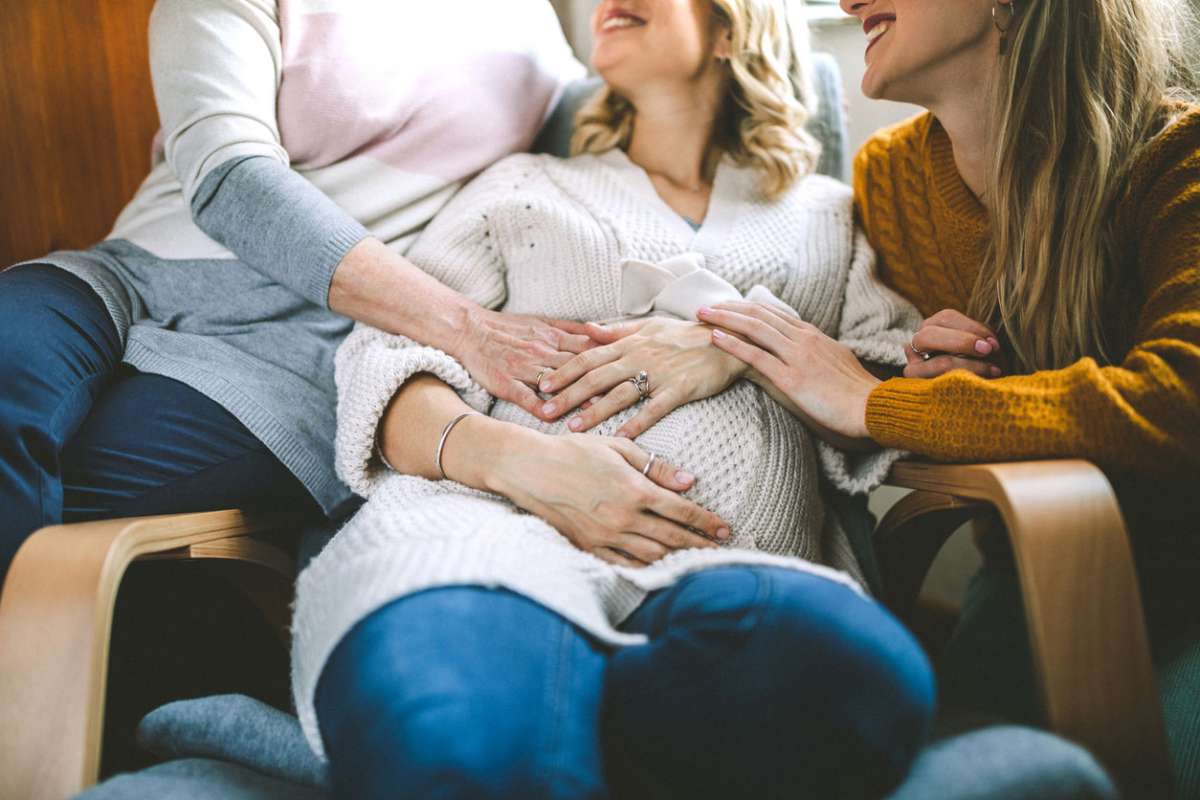 How Does Surrogacy Work?

Surrogacy has become more and more popular as celebrities like Kim Kardashian and Gabrielle Union have become more open about it. For those unfamiliar with surrogacy, we dive into the different types, associated costs, and the pros and cons of using a surrogate.
Sa'iyda Shabazz

In the last few years, it seems that women are talking more openly about surrogacy. Actress Gabrielle Union talked openly about her fertility struggles that lead to welcoming her daughter Kaavia James via gestational surrogate. Kim Kardashian has also been open about her use of a gestational surrogate for her third and fourth children. But it’s not just high-profile women who use surrogates to help create their families.

More: The Facts About Infertility

The Different Types of Surrogates

What does it mean to use a surrogate? Well, first off, that depends. In a traditional surrogate situation, the woman who carries the baby is also biologically the baby’s mother. They may use donor sperm or the sperm of the father to fertilize the egg. However, though the surrogate is biologically the mother of the child, she is not going to raise the baby, or even play a role in the baby’s life. Gestational surrogates on the other hand, have no biological relation to the baby they’re carrying. They are merely carriers for the biological child of the parents.

Gestational surrogacy has steadily been on the rise for years. Statistics from the CDC (Centers for Disease Control) show that the number of gestational carrier cycles has jumped exponentially — from 727 in 1999 to nearly 3,500 (3,432) in 2013. The number has quadrupled in approximately 14 years.

The Cost of Surrogacy

Here’s the thing. You cannot talk about surrogacy without talking about the cost. Though it is not solely for celebrities, you still need to have a good amount of money to afford it. From start to finish, surrogacy can cost anywhere between $75,000 and $150,000. There are a lot of variables that will ultimately affect what your final costs will be.

And just what are those variables? Well for starters, it depends on what kind of surrogacy situation you’re looking to have. Traditional surrogacy is the cheaper of the two options since you’re using the surrogate’s egg. That means the surrogate is undergoing IUI (intrauterine insemination,) which is easier because you’re just injecting her with sperm. Gestational surrogacy requires IVF (in-vitro fertilization) because the surrogate is having an egg implanted into their uterus. You also have to pay for the process of egg retrieval, fertilization and storage while you look for a surrogate.

Another big variable is the way you go about finding a surrogate. If you use a surrogacy agency, you’re going to be putting a rather large deposit down for their services before you even get to the part where the surrogate gets pregnant. If you use a known surrogate, you will be eliminating tens of thousands of dollars in agency fees, but there are still plenty of things you will have to pay for. You will also need to pay for a lawyer, because there will need to be contracts created.

Then once you find a surrogate, you must pay for things like insurance for her, compensation for any and all medical procedures, and things that may pop up over the course of the pregnancy. You should be prepared to pay more if the surrogate is put on bed rest, or ends up having a multiple pregnancy. Plus, it is often customary to financially compensate the surrogate monthly as well and pay for things like maternity clothes. The direct compensation will vary if they’re a first-time surrogate versus someone who’s done it before, or if they will face lost wages if they have to take off work for things like doctor’s appointments and treatments. If they have children, you may also have to pay childcare costs.

“The process has been very long and expensive,” explains Sarah Spillane, a writer/director primarily based in Los Angeles. Spillane and her best friend, who are both gay and will co-parent, went the surrogacy route due to her age (over 40) and the fact that she had prior abdominal surgery because of fibroids. Because of this, they were advised to use a surrogate and found one through an agency.

Yes, it all sounds very daunting, but if this is an option for you to create the family you want, it is something worth exploring. Surrogacy laws vary by state, so that is also something that you need to look into before you begin the process. All in all, there’s a lot to consider when you’re choosing surrogacy — it’s a long, and often heartbreaking process that can take years. But the payoff is amazing.

When asked if surrogacy was again in her future, Spillane was enthusiastic. “Absolutely,” she says. “I think women who choose to be surrogates are amazing and deserve to be recognized. The service they provide is the ultimate — the gift of life."