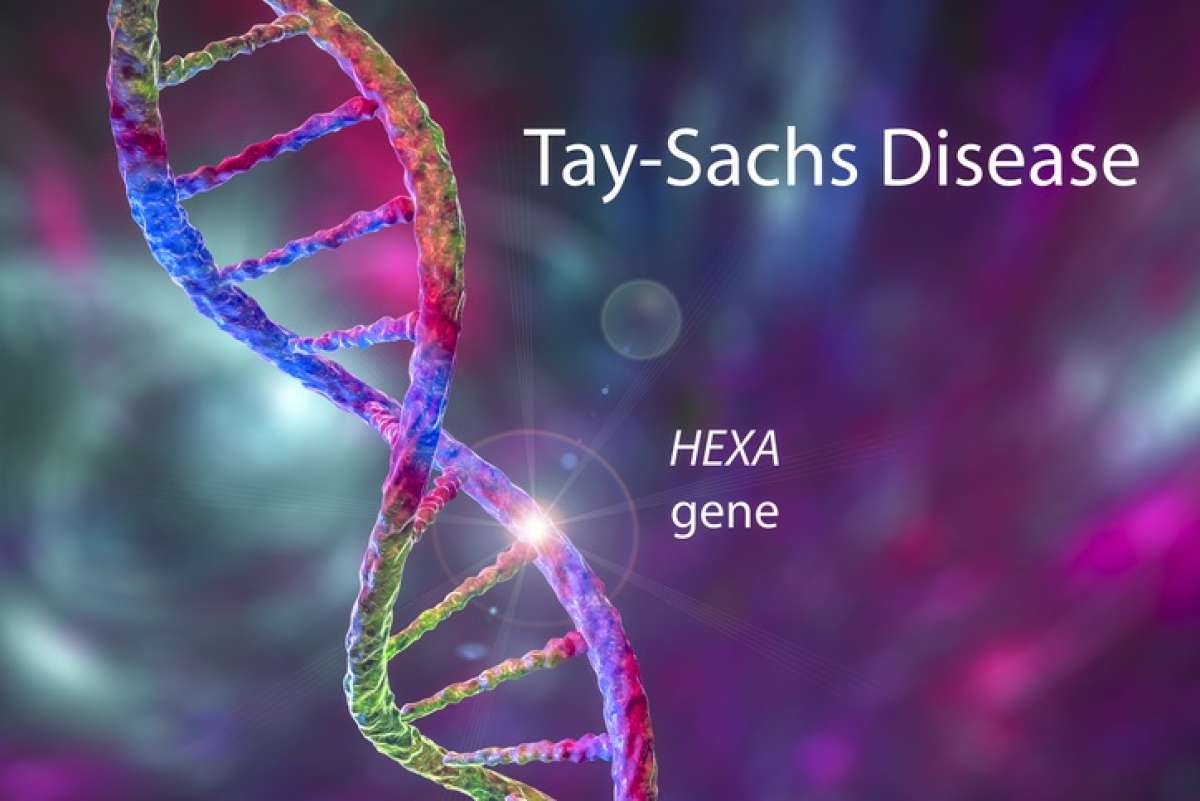 What is Tay-Sachs Disease?

Tay-Sachs disease is a genetic disorder that you should be aware of if you're from a certain background and thinking about conceiving.
Kristina Cappetta
Table of contents

Whether you’re considering having a baby or are expecting, genetic medical conditions might be something you’ve thought about testing for. In this article, we take a close look at what Tay-Sachs disease is and how genetics play a role. Tay-Sachs, although a rare disease, is more common among certain ethnic minorities, and there is a general lack of awareness surrounding the illness.

Tay-Sachs disease is a genetic condition that occurs when a baby receives two defective HEXA genes - one from each parent. Tay-Sachs disease is dangerous because it affects the nerve cells in the brain and the spinal cord. When a baby is born with Tay-Sachs, they lack a certain enzyme: a protein that triggers chemical reactions in cells.

A hexosaminidase A deficiency leads to a collection of a fatty substance - the buildup of this substance is called GM2 ganglioside, and this is what leads to the symptoms of Tay-Sachs.

Sadly, babies who are born with this condition often die at a young age as there is no cure. That’s why it’s important to raise awareness of the illness, especially among certain ethnic minority communities. If a couple is tested before or at the early stages of pregnancy and discovers they are a carrier, they can have counseling to decide how to move forward.

The Role of Genetics in Tay-Sachs Disease

Tay-Sachs disease has always been more common in people of Ashkenazi Jewish descent, but many cases now occur in people from other backgrounds.

Other populations showing higher carriers of Tay-Sachs include:

Statistics show that people who are not considered to be from a high-risk background have a 1 in 300 chance of carrying the gene. For those of Ashkenazi Jewish descent, the risk is greater:

It’s important to note that a child can only develop Tay-Sachs if both parents are carriers of the faulty gene. Parents don’t usually show any symptoms.

If 2 people who are carriers have a child, there's a:

Babies and children who develop Tay-Sachs Disease may present these types of symptoms:

These symptoms can occur at different stages of a child’s life as there are different forms of Tay-Sachs disease.

Testing for Tay-Sachs Disease in Babies and Toddlers

If you begin to notice symptoms of Tay-Sachs disease in your child, your healthcare provider will ask about your family history and do a physical exam. During the exam, your pediatrician may ask for:

A blood test can check the levels of hexosaminidase A enzyme in the blood. The levels are usually low or absent in children who have Tay-Sachs disease.

A cherry-red spot in the retina can be a sign that a child has Tay-Sachs disease.

Screening Before or During Pregnancy

Even before the baby is born, couples who are considered to be at a higher risk of having a baby with Tay-Sachs compared to the general population can ask for genetic testing or screening. There are certain charities that offer support and testing such as Jnetics. The testing is painless and easy, and usually resolves swabbing the inside of your mouth or spitting into a cup. Those who have a history of Tay-Sachs in their family or have just found out that they are carriers may also benefit from genetic counseling.

Before or during pregnancy, couples can get a blood test to see if they carry the Tay-Sachs gene. Pregnant women can have their unborn babies tested for Tay-Sachs disease through chorionic villus sampling (CVS) or amniocentesis. This can help to make a prenatal diagnosis, which means that you can plan ahead and make decisions about how to move forward.

The different forms of Tay-Sachs disease are classified as:

Since there is no cure for Tay-Sachs disease, the treatment plan revolves around making the child feel as comfortable and happy as possible. Treatments can include:

Are Any Rare Disorders Similar to Tay-Sachs?

Some of the symptoms of Tay-Sachs disease can resemble Sandhoff disease. This is another inherited condition that involves hexosaminidase A and a second enzyme, hexosaminidase B.

Infants can develop Sandhoff disease when there is a lack of the beta-hexosaminidase enzyme. This causes toxic levels of fat to develop in the brain and spinal cord nerve cells. It can lead to muscle weakness and development problems. Like Tay-Sachs disease, Sandhoff disease can lead to death in early childhood.

Tay-Sachs disease is inherited as an autosomal recessive disease. It is among the rare disorders that can be passed down to children.

If you notice any symptoms in your baby, you’ll want to contact your pediatrician. They will conduct an exam which can include blood tests, eye tests, and a complete review of your family history.

Being aware of rare disorders like Tay-Sachs and knowing whether or not you are a carrier is important if you are from a high-risk background. Ideally, before deciding to get pregnant, couples should test for the disease so that they can come up with a plan. If you find out that you are a carrier, you may instead decide to think about adoption, or other methods of pregnancy.

If you find out you are a carrier, whilst this is likely to be an incredibly difficult piece of news to receive, you are now in control. There are medical and counseling services out there that can help you navigate your way through this result.

Thank you for your feedback.
About the author
Kristina Cappetta