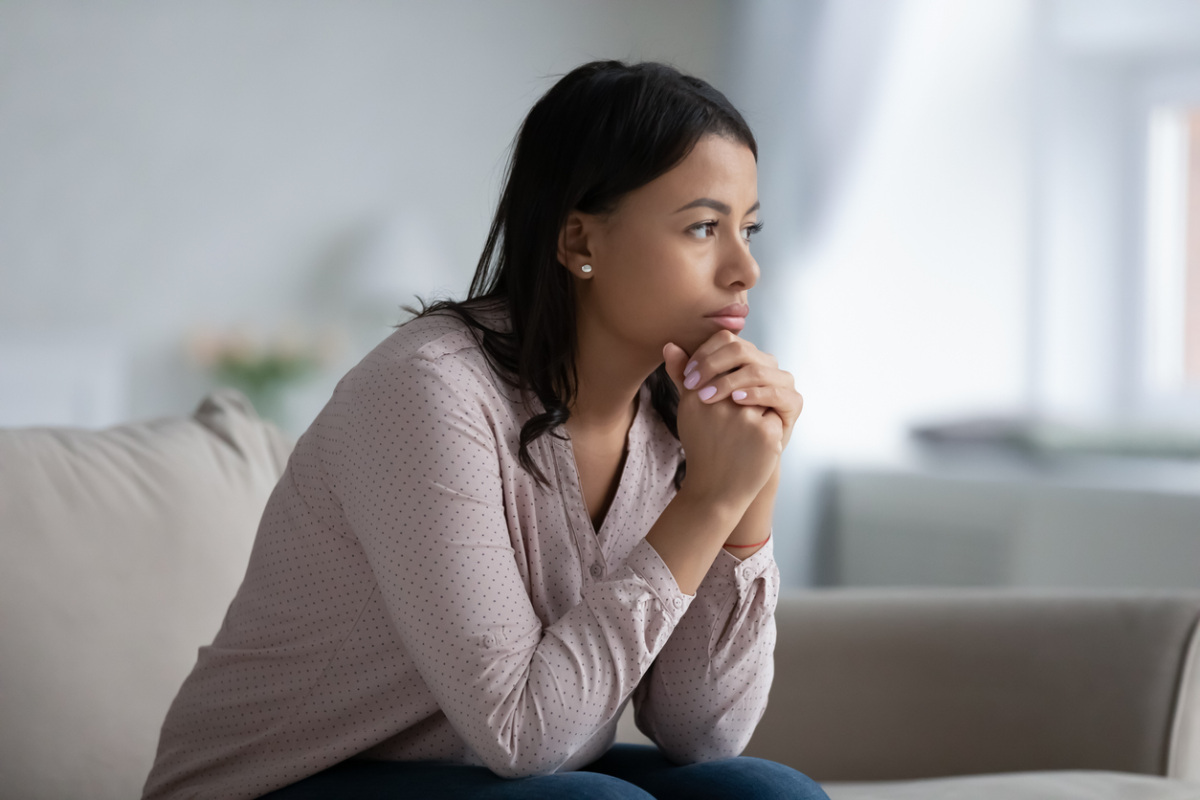 Cryptic Pregnancy: Everything You Need to Know

The best way to prevent a cryptic pregnancy is to understand how and why it occurs.
Deborah Cruz
Table of contents

What is a Cryptic Pregnancy?

If you’re trying to get pregnant, and are convinced that you are and then find out that according to blood or urine tests that you’re not, it can take a huge toll on your emotions. Finding out that you have a stealth pregnancy in the third trimester, or suddenly finding yourself in active labor with no time to prepare, can also be completely overwhelming mentally.

What Are the Symptoms of a Cryptic Pregnancy?

Most people wonder how a stealth pregnancy can go undetected for so long. In the United States, most women discover that they are pregnant somewhere within 5 to 12 weeks after conception. Usually, after missing a period, a home pregnancy test will indicate a pregnancy. To confirm the pregnancy, an OB-GYN will often do further tests like urine testing, a blood test, or an ultrasound. Most women notice some other tell-tale symptoms of pregnancy too, like tender and swollen breasts, mood swings, fatigue, and nausea during the first trimester.

However, when a woman is experiencing a cryptic pregnancy, there are no physical signs that set off red flags to indicate that she’s pregnant. Even a pregnancy test could come back negative, even after missing a period. After having a negative pregnancy test, those same women will dismiss early pregnancy morning sickness as stomach flu or abdominal swelling as indigestion because the pregnancy test was not positive.

Other pregnant women have been told that they are infertile, or their periods are so irregular that pregnancy will be virtually impossible, so the furthest thing from their mind is that they’re pregnant. If you’ve never been pregnant before, how are you supposed to know you’re pregnant when even the test says you’re not? It’s easy to dismiss early pregnancy symptoms when there is no reason or possibility to think otherwise. If your pregnancy hormones are low, your pregnancy symptoms may be so mild that you don’t even notice them. Having a cryptic pregnancy can be extremely confusing.

What Causes a Cryptic Pregnancy

Fluctuating hormones can lead to light breakthrough bleeding that can easily be confused for menstruation. So if you think your period is coming or you have a history of irregular periods, why would you randomly take a pregnancy test?

Conditions Associated with Cryptic Pregnancies Include:

How Long Does a Cryptic Pregnancy Last?

It’s hard to know exactly how long a cryptic pregnancy lasts due to the very nature of the pregnancy. Women who’ve gone through it can tell you when it ended but not when it began. There is anecdotal evidence that suggests that a cryptic pregnancy can last longer than a typical pregnancy. Maybe the term is related to very low hormone levels at the start.

On the other hand, logically wouldn’t a lack of prenatal care, poor diet, and lifestyle choices made by a person who doesn’t know they’re pregnant increase the likelihood of a premature birth? There’s not enough research to comprehend how a stealth pregnancy can be a different length than a normal pregnancy.

How Can Pregnancy Tests Be Negative If You're Pregnant?

During a cryptic pregnancy, not only can pregnancy tests be negative, even ultrasounds can appear negative. The reasons why will differ on a case-to-case basis, but essentially, the following applies:

If you have PCOS, missed or absent periods, are extremely active or athletic, or have given birth recently you’re more likely to have fluctuating hormones. If your uterus is continuing to shed at least partially, or if you don’t get your period regularly, hCG (the pregnancy hormone) may not accumulate in a way that is significant enough to give you a positive home pregnancy test.

If you’re actually approved to get an ultrasound in the first trimester despite a negative pregnancy test, it’s possible a pregnancy won’t show up because of:

What is Labor and Delivery Like After a Cryptic Pregnancy?

Labor and delivery at the end of a cryptic pregnancy will be physically just like you’d expect any other pregnancy to be. You’ll have contractions that feel like progressively worsening severe cramps while your cervix stretches to be able to deliver the baby. Once your cervix is dilated, your body will be compelled to push the baby out of the birth canal.

What’s different about labor and delivery for a cryptic pregnancy is that it’s a surprise. The very nature of a surprise pregnancy to the mother can cause extreme psychological distress while it’s happening.

This also means that the mom-to-be probably didn’t have access to prenatal care during her pregnancy so there is no birth plan. If a woman is experiencing intense cramping-like contractions, she should see a healthcare provider or just go to the ER, as it could indicate a stealth pregnancy.

Not all stealth pregnancies end with a surprise, healthy baby and a fun story. Hopefully, in the case of a mom who lives a healthy lifestyle, the baby won’t be badly affected by not having the usual prenatal care in place. In other cases, the outlook of stealth pregnancy when there are other factors such as mental or physical health conditions is statistically hard to calculate, but it’s safe to say it’s not as likely that the pregnancy will result in a healthy birth.

The biggest drawback in a cryptic pregnancy is not having prenatal care. Without prenatal care, a baby is far more likely to be delivered prematurely and to be underweight at birth.

A cryptic pregnancy is a hard concept to wrap your head around. In order to prevent the possibility of a cryptic pregnancy, the best thing you can do is look after yourself. If you are having regular sexual intercourse, even if the chance of pregnancy is vanishingly small, always be aware that no method is one hundred percent effective and a pregnancy is always possible.

Thank you for your feedback.
About the author
Deborah Cruz

Deborah is an award-winning parenting and lifestyle writer who has been creating content on the internet since 2009. She’s a Latina from Chicago who married her college boyfriend, the Big Guy.