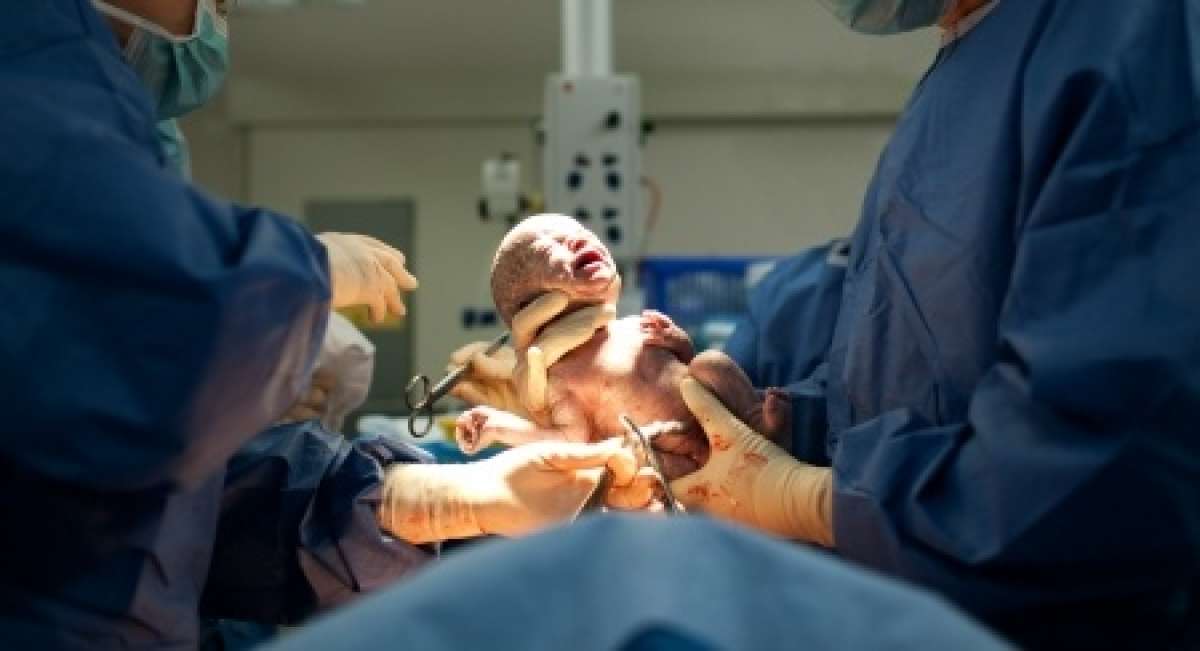 Cesarean section, or C-section, is delivery of your baby through a surgical cut in the abdomen. Read up on emergency or elective types of cesarean, giving consent, anesthesia, risks, and recovery.

A cesarean section is the delivery of your baby by means of a cut in the abdomen. A cesarean rate of around 10-15 percent is thought to be reasonable, although in most Western countries the rate has risen beyond 20 percent and around 30 percent of all babies in the US are now delivered by cesarean, an all-time high.

The increase is due to a higher incidence of cesareans in first-time mothers and a lower incidence of vaginal birth after cesarean (VBAC) in subsequent pregnancies. Some women may think that cesareans are safer for the baby than a vaginal birth. In fact, if you've had an uncomplicated pregnancy, a cesarean is hard to justify on medical grounds.

Cesareans are either emergency or planned procedures. The doctor will assess its urgency with a grading scale. A Grade 1 cesarean is one that is done if there is an immediate threat to the baby's or mother's life. A Grade 2 cesarean is one where there is concern for the baby's or mother's well-being, but no immediate threat to life. A Grade 3 cesarean is done when there is no immediate concern for the mother or the baby, but an early delivery is advised, perhaps because of a condition in the mother or baby. A Grade 4 cesarean is an elective delivery planned to suit the woman and the hospital.

A Grade 1 cesarean is most commonly carried out when the baby is thought to be at risk, for example if the baby's oxygen supply has been reduced and there are signs of fetal distress. In this case, the staff will try to do the cesarean rapidly-within 30 minutes when possible, although it's important that shortcuts aren't taken that could put your own health at unnecessary risk.

Grade 2 and Grade 3 cesareans take place when there's no immediate threat to life, and these are more common than Grade 1 procedures. A Grade 2 cesarean may be done if your baby's heart rate is causing concern very early in labor and the prospect of a vaginal delivery taking place within a reasonably short time is low. An example of a Grade 3 cesarean is one that is done because of a failed induction of labor.

Around one third of cesareans are elective, or Grade 4 procedures, and the number of these has increased greatly in recent years. Reasons for an elective cesarean include a breech delivery; a tear involving the back passage, or another traumatic event, during a previous vaginal delivery; a previous cesarean; a larger than average baby; and maternal choice. In these situations, although a cesarean is reasonable, an attempt at a vaginal birth is also reasonable with the right precautions. It's uncommon for maternal choice to be the sole reason for a cesarean, and there's likely to be another factor, such as one of those cited above.

In some situations, it would be hazardous for either you or your baby if you were to try for a vaginal birth; for example you've had multiple previous cesareans or other major surgery to the uterus; the baby can't be moved from lying horizontally; the placenta is lying very low (see Low-lying placenta); or there are severe pelvic abnormalities in the birth canal. Some maternal medical conditions also mean that vaginal birth is not advisable.

Next: What to expect
©2022 Sandbox Networks Inc. All rights reserved. Sandbox Learning is part of Sandbox & Co., a digital learning company.