L. Elizabeth Forry
If you're pooping more than usual, have diarrhea, constipation or blood in your stool, read our comprehensive guide to bowel habit changes during pregnancy.
Table of contents

Editor's Note: We know raising kids can be hard. That's why we're dedicated to making your life easier with the latest and greatest parenting advice and products. We wanted to let you know that if you chose to purchase one of the items featured in this post, we may receive a small commission for it.

It’s not a very glamorous subject, so we often talk about the changes in bowel movements pregnant women face.

Unfortunately, morning sickness isn't the only unpleasant side effect of early pregnancy. Between the hormonal changes and the physical adjustments your body has to make to accommodate a growing baby, poop is affected too.

To help sort out what is normal and what requires medical attention, this article covers the most common bowel issues you might experience during pregnancy and some tips on alleviating them.

Pregnant moms might experience loose bowel movements, hard poop, constipation, or even blood in poop. Here's what you need to know:

Why Do Pregnant Women Experience Changes in Bowel Movements?

"It is not uncommon to experience changes to bowel movements during pregnancy," Andrea Maxim, a naturopathic doctor from southern Ontario, told FamilyEducation.

According to Maxim, a combination of hormonal fluctuations, nervousness about the new pregnancy, and a change in eating habits can all contribute to constipation or diarrhea during early pregnancy and throughout the first trimester.

Later in pregnancy, constipation may continue to be an issue, coupled with hemorrhoids.

Some women notice a change in their bowel habits as an early sign of pregnancy. Diarrhea is often one of the earliest signs, even before a missed period or pregnancy test. For me, it was one of my first signs and how I knew I was pregnant the second time because it was exactly like my first pregnancy!

Because of an increase in hCG, the human chorionic gonadotropin hormone strongly affects the digestive system; it contributes to feelings of nausea and morning sickness. 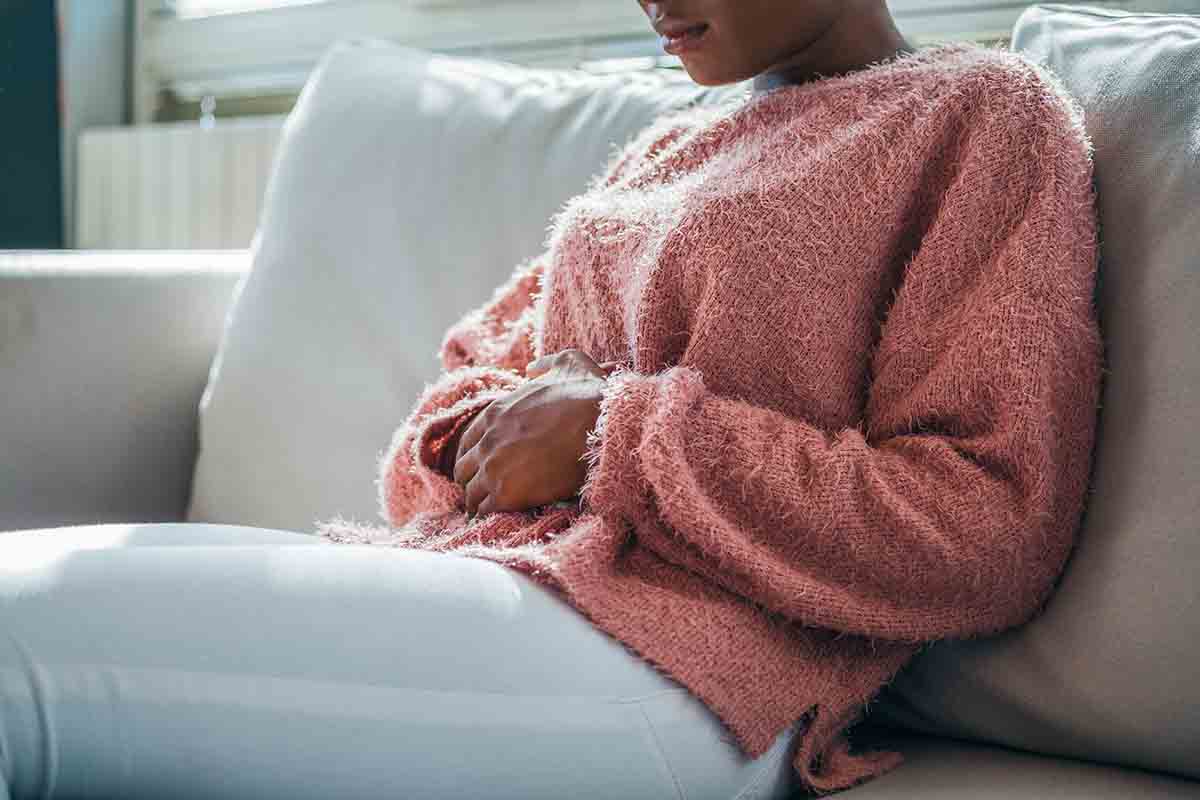 Constipation only worsens during pregnancy and usually peaks during the second and third trimesters. "The iron in prenatal vitamins can contribute to constipation, but it's also privy to skeletal changes to allow room for the growing uterus," said Maxim, explaining that the intestinal tract becomes squished as the baby grows, causing slow transit of bowel contents through the intestines.

Along with iron supplements, progesterone may also be the cause of constipation. Progesterone relaxes your muscles, slowing the digestive tract causing bloating and difficulty having a bowel movement.

Many women experience hemorrhoids while carrying a baby. Bloody stools or pain while pooping are a sign of hemorrhoids.

Hemorrhoids in pregnancy are caused by increased blood flow combined with your growing uterus putting pressure on your pelvic floor. Constipation can also cause or aggravate hemorrhoids due to straining when having a strenuous bowel movement.

A few women poop a lot during pregnancy or experience loose stools. This might be related to anxiety or an increased appetite. However, check with your healthcare provider, especially if you have frequent bowel movements later in pregnancy. You will want to rule out any possible infection.

Pregnant women have a weakened immune system and are more prone to infections. Loose bowel movements accompanied by fever likely mean a gastrointestinal infection and merits a call to your ob-gyn.

Dehydration can be dangerous to pregnant women and could even induce premature labor. Hence, it is vital to seek medical help if you cannot keep food and fluids down or are having frequent loose bowel movements.

Don’t be alarmed if you see dark stools or green poop during pregnancy. Green poop is usually a side effect of increased fiber, iron supplements, or eating copious amounts of leafy greens.

Dark stools are also common during pregnancy; however, if they are black and tarry, seek medical advice because it could be a sign of bleeding in your intestinal tract.

How to Ease Constipation While Pregnant

Many kinds of cereal are an excellent source of whole grains, so even if your appetite isn’t strong, consider something like a bowl of whole-grain Cheerios.

Overall, make sure you're eating a healthy, balanced diet packed with vitamins and minerals to keep your digestive tract moving.

One of the best ways to avoid constipation is magnesium citrate taken every day. Magnesium can also help prevent preeclampsia. Talk with your doctor to get you started on a good magnesium supplement, along with your prenatal vitamins.

Gentle physical activity such as walking or yoga can also help bowel movements along.

How to Deal With Hemorrhoids While Pregnant

Unfortunately, hemorrhoids are a common problem both during and post-pregnancy.

To help relieve discomfort caused by hemorrhoids during pregnancy, apply a cold compress saturated with witch hazel to the affected area several times a day. Over-the-counter hemorrhoid creams are safe to use in most instances but speak with your healthcare provider before using one.

You can also soak your bottom in a tub of warm water for 10 to 15 minutes a few times each day. If you don't have a bathtub, you can use a sitz bath (available on Amazon). Sometimes, alternating between cold and warm treatments is extra soothing. Keep the area clean after each bowel movement.

If constipation, diarrhea, or hemorrhoids continue despite appropriate treatment, it's time to see your doctor. 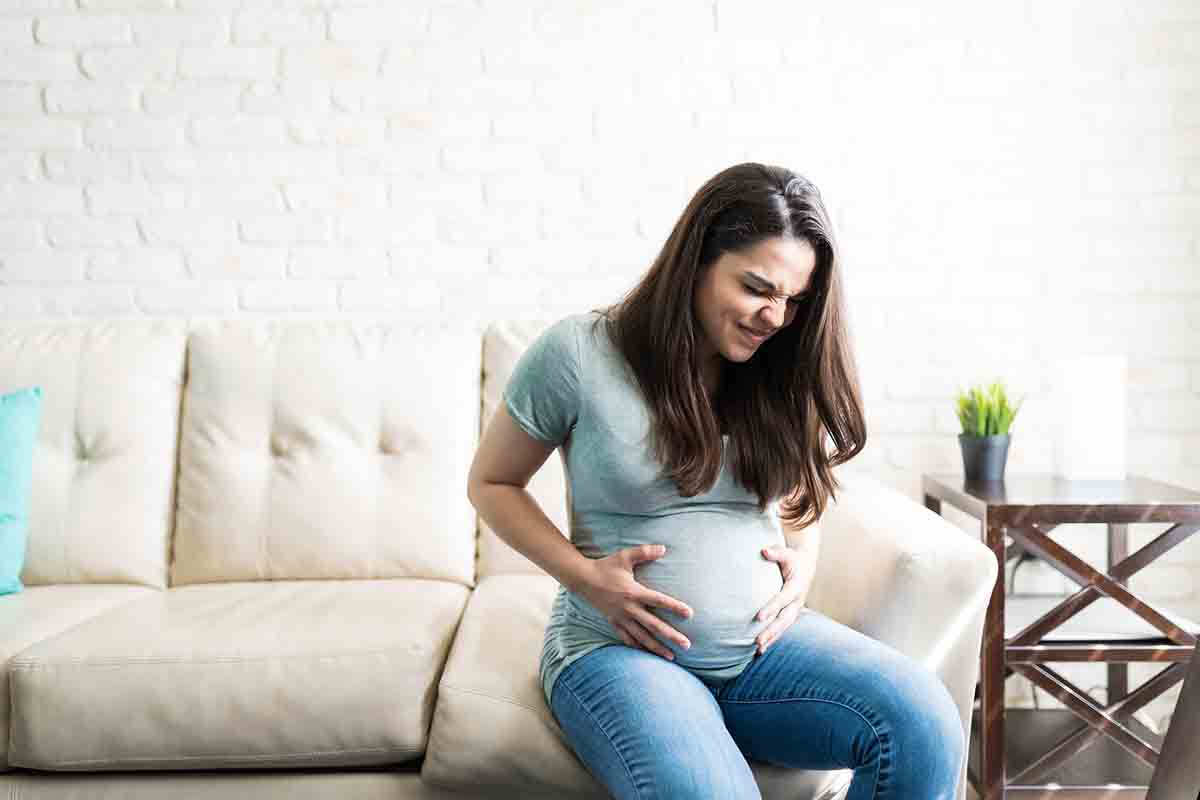 While it may be embarrassing to think about before delivery, it is very common for a woman to have a bowel movement during delivery. A bowel movement is most likely to occur when you are pushing the baby out as many of the same muscles are engaged.

Even though the idea may frighten or embarrass you, chances are you won’t even know it is happening, and your doctor will not bring attention to it when and if it does.

The best advice is to try not to worry or focus on it happening, and more than likely, you’ll be focused on so many other things you’ll forget all about the possibility during labor.

Most women know that labor will hurt, but many are not warned that the first bowel movement postpartum is also quite painful. Throughout pregnancy, progesterone and iron supplements make constipation a persistent issue. In addition, during labor, while your cervix dilates, the bowel and rectum may be stretched and squashed, making initial bowel movements post-birth painful.

You'll likely be prescribed stool softeners before you leave the hospital, and you may experience a genuine fear of pooping. It may take up to five days post-labor to have your first bowel movement. Don’t force it, drink plenty of fluids, and maintain a high-fiber diet.

If you are suffering from hemorrhoids post-labor, you can use the same treatments described above: pads soaked in witch hazel, sitz baths, and over-the-counter creams.

Want to learn more about your pregnancy and how your baby is growing and changing each day? Check out our Pregnancy Day-by-Day Tracker.