Teaching Teenage Girls to Say No

Teach girls to say NO

Teaching Teenage Girls to Say No

(From Protecting the Gift. Copyright 1999 by Gavin de Becker. Published by The Dial Press. Reprinted with permission.)

How would it be if teenage girls had some initial wariness about every man they encountered? It would be realistic - sad maybe, but realistic. Here's why: rapes and other sexual crimes are virtually always committed by men, and most rapes and sexual assaults happen to girls under eighteen years of age.

Does this mean a teenage girl should have a ''Prove-to-me-that-you-aren't-dangerous'' attitude with all new men? No, because dangerous men are the very ones most frequently seeking to ''prove'' they aren't dangerous. The strategies such men apply are designed to gain your trust. Men who will not harm you needn't persuade you to trust them; they simply act appropriately from the moment you meet them and for as long as you know them. They do not exude forced harmlessness like the drama teacher everyone assumes is gay, or the understanding neighbor who says, ''If you ever need to just get away from your parents for a while, consider my place open to you.''

I'm realistic enough to know that teaching teenage girls about safety isn't easy. Warnings of danger haven't become any more compelling than they were when you first heard them from your parents. That's partly because there is an appropriate divide between teenagers and their parents; nature wants young adults to tear away for a while and find their own path. Also, while a mother is probably familiar with every important life-experience her teenage daughter has had (because she had them herself), their cultural experiences are hugely different. Here are some humorous but true examples:

Your teenage daughter has never feared a nuclear war; to her ''The Day After'' is a pill, not a movie. She's too young to remember the space shuttle blowing up, she has no idea that hostages were held in Iran, she knows there was a president named Reagan, but doesn't know he was shot, and if she's heard of Robert Kennedy, it's because he's John Kennedy, Jr.'s uncle. The expression ''You sound like a broken record'' means nothing to her - she's never owned a record player. She doesn't know who shot J. R. or even who he was, and the same for Mork and Mu'ammar Gadhafi. The Titanic was found? Until the movie, she didn't know it was lost. She has no idea when or why Jordache jeans were cool, and to her, America, Alabama, and Chicago are places - not music bands. Finally, there's been only one Pope, Jay Leno has always been the host of ''The Tonight Show,'' popcorn has always been cooked in a microwave, and Michael Jackson has always looked like this.

This list shows that many things in the world have changed, but unfortunately, there are many more that haven't changed, including intimate violence, date rape, rape, and murder. In our violent patriarchy, some mothers and teenage daughters may find that their shared target-status brings them closer together.

Of all the lessons a mother might pass to her daughter, the most valuable can be summed up with just two letters: N-O. Though the word No is one of the most potent in our language, it is among the least popular. In part, that's because most of us grew up associating that word with not getting what we wanted. Most kids hate the word, but as they grow, there is exceptional value from learning to love it. Though perhaps hard to imagine, this single word can play a central role in safety, particularly for young women, and particularly when she comes to dating age.

Teaching teens about this isn't easy because they've learned so much about dating from movies and TV shows. A popular Hollywood formula could be called Boy Wants Girl, Girl Doesn't Want Boy, Boy Persists and Harasses Girl, Boy Gets Girl. Many movies teach young men that if you just stay with it, even if you offend her, even if she says she wants nothing to do with you, even if she's in another relationship, even if you've treated her like trash (and sometimes because you've treated her like trash), you'll get the girl.

Young women will benefit their whole lives from learning that persistence only proves persistence - it does not prove love. The fact that a romantic pursuer is relentless doesn't mean you are special - it means he is troubled.

Young women (and all women) benefit from understanding this paradox: men are nice when they pursue, and women are nice when they reject. The most troublesome part of this niceness is the too-popular practice called ''letting him down easy.'' True to what they are taught, rejecting women often say less than they mean. True to what they are taught, men often hear less than what is said. Nowhere is this problem more alarmingly expressed than by the hundreds of thousands of fathers (and mothers), older brothers (and sisters), movies, and television shows that teach most young men that when she says no, that's not what she means. Add to this all the young women taught to ''play hard to get'' when that's not what they are really feeling. The result is that ''no'' can mean many things in this culture. Here's just a small sample: Maybe, Not yet, Hmm..., Give me time, Not sure, Keep trying, and I've found my man!

There is one book in which the meaning of no is always clear. It is the dictionary, but since Hollywood writers don't seem to use that book very often, we have to. We have to teach young women that ''No'' is a complete sentence. This is not as simple as it may appear. Understand that when a man in our culture says No, it's usually the end of a discussion, but when a women says No, it's the beginning of a negotiation. This fact brings to mind a popular adage about selling: ''The sale begins when the customer says No.''

What starts as persistence often leads to unwanted pursuit, stalking, even date rape. I've successfully lobbied and testified for stalking laws in several states, but I would trade them all for a high school class that would teach young men how to hear ''no,'' and teach young women that it's all right to explicitly reject. If the culture taught (and then allowed) teenage girls to explicitly reject and to explicitly say no, or if more of them took that power early in every relationship, stalking and date-rape cases would decline dramatically.

Next: Teach girls to get rid of unwanted attention 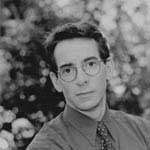 About the author
Gavin de Becker

Gavin de Becker is widely regarded as our nation's leading expert on the prediction and management of violence.