How Do You Know When Your Marriage Is Over?

If you're wondering whether to divorce your spouse, consult this guide to know if it is the right decision for you.

Sometimes, the best-laid plans are laid to waste. Despite all your hopes and dreams in the beginning, and all your good intentions now, it seems impossible to continue your marriage. For many of us, the notion of “till death do us part” has become an anachronism. When life becomes too painful, with too many battles and battle scars, few of us question the notion, at least intellectually, of moving on. 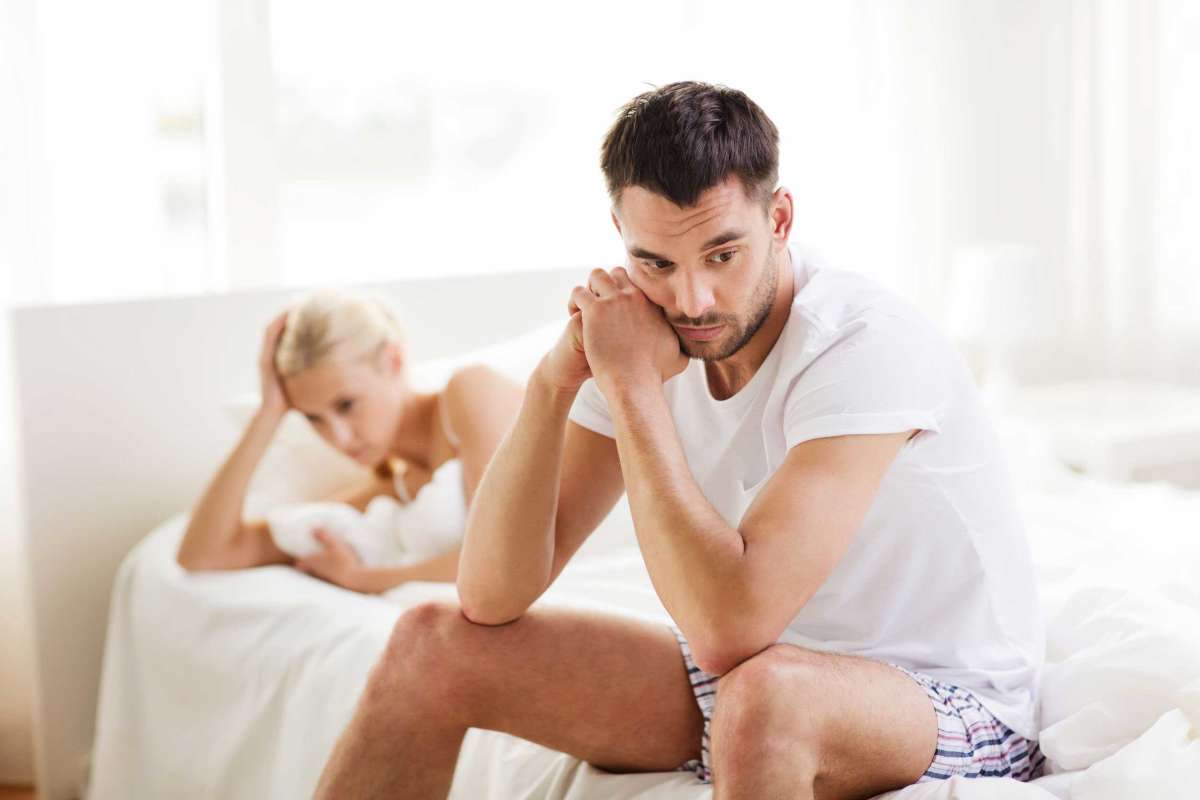 Sometimes, so much hurt has been engendered over the years that it is simply impossible to get beyond it—at least in the context of your current relationship. When people harbor deep, abiding anger, and when, despite therapy, that anger cannot be resolved, it could be time to let go.

Even in the absence of anger, one or both partners might start to lose respect for the relationship and a spouse. That might signal the end, as well. One couple we know, for instance, divorced after the husband made some poor investments and lost his business and the family home. The woman, who insisted she bore no anger, said she could no longer remain married to someone for whom she had “no respect.”

Sometimes, people divorce because they grow apart. A couple from the Chicago area spent 20 years in a traditional marriage; he went off to work, and she stayed home in the role of homemaker. They had it all, from the two kids to the house in the 'burbs to the cars. When the youngest child left for college and the couple had untold hours to spend together, focusing not on child or family issues but on each other, they found they had little in common.

Younger people with relationships of much shorter duration often reach this juncture, as well. When people get married too young, they might find they have gone through enormous changes during the relationship and have grown apart. They've simply gone through more personal development; they have a stronger sense of identity, and in light of that, they would not make the same marriage choice today.

Frequently, in such cases, the decision to divorce is mutual. Often, these people can walk away from marriage without feeling particularly angry, especially if they don't have any children. They both just throw up their hands, shrug their shoulders, and say “This doesn't work.”

When Is It Over?

How do you know when you've finally reached the point of no return, when putting your relationship together again is simply too much of a stretch? In the end, of course, the answer is personal. But if your answers to the following questions are irrefutably “yes,” it might be time to let go:

The decision to divorce should never be made in the aftermath of a fight. Divorce is final and should be considered carefully, not just for its impact on you, but also for its impact on your children. When you divorce, what ramifications will reverberate through your life and the life of your family? Will you have enough money to sustain your lifestyle—including important small details such as trips to the movies, piano lessons or your weekly take-out Chinese food? Are you ready to leave the family house for a tiny apartment? Are you ready to divide the Impressionist paintings you've collected over the last 20 years, your mint collection of rock 'n' roll singles or the living room set you bought from the furniture master in Milan?

The answers, for many, might be straightforward: The emotional relationship with their spouse is largely negative, for one or more of the reasons listed previously. Why else would divorce be in the air?

Nonetheless, sometimes couples in conflict can overlook the positives. For instance, if you have a child, have you considered how difficult it might be to take total responsibility, on the one hand, or restricted visitation on the other? Will you miss your in-laws, friends who might have to choose your spouse over you or neighbors you might have to leave? Have you considered the stress of the dating scene? Perhaps most important, will you be relieved or paralyzed by the solitude you might be subject to, day in and day out, once you and your partner split?

You May Also Like: 5 Tips on How to Save Your Marriage

Once You're Certain, Think It Through Again 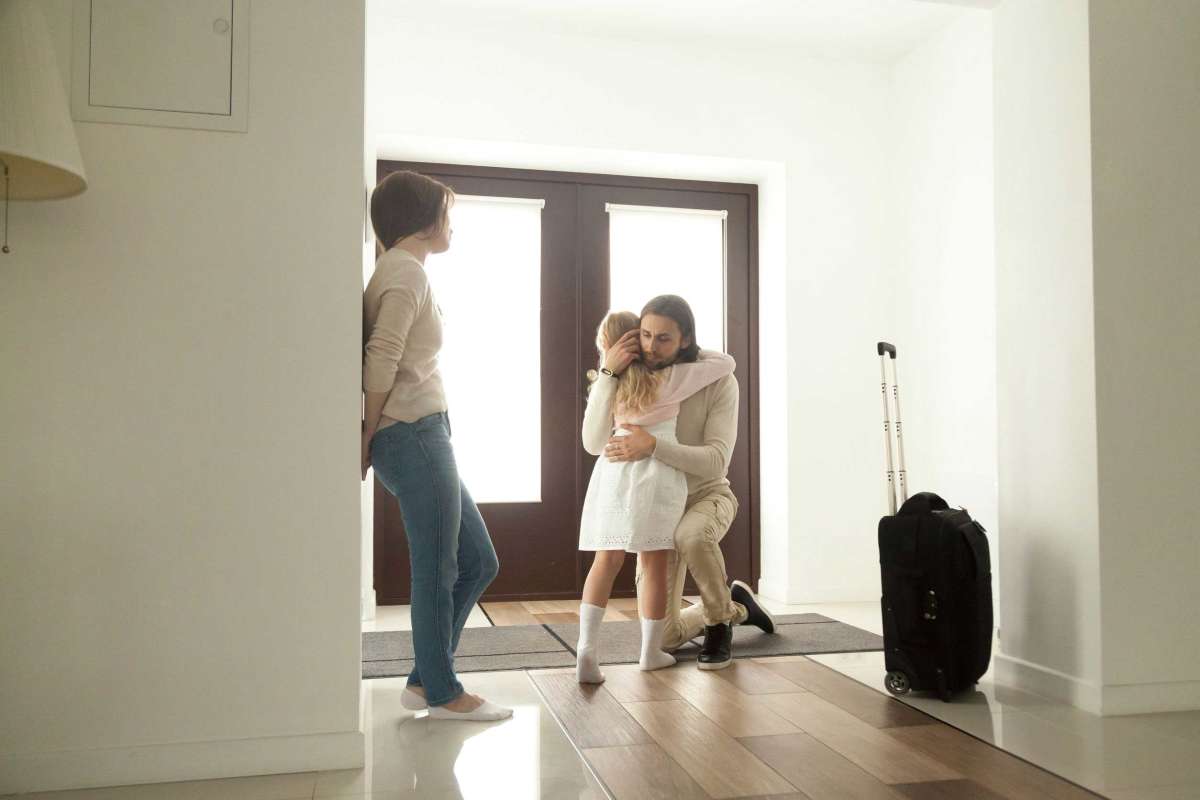 Should you decide that divorce is your best option, we suggest that you proceed with caution and be aware of what you could lose. If you move forward heedlessly, you might lose more than you need to, or more than you can bear.

During her years at college, Melanie was famous for her outgoing nature, flirtatious affect and pure love of life. Yet when she met Brad, an accountant from the Midwest, she thought she had found a balance. Sober and sane, Brad seemed to have everything organized—where to buy a house and how much to pay for it; how many children to have, and when; where to vacation and when to buy a car.

But it soon became clear that Brad had an agenda for Melanie, too. He always seemed to know where she might get her hair cut, and what style she might request; when she should ask for a raise; what committees she should volunteer for; and, in almost every situation, what she should say, think and feel. It was Brad who insisted she work out of the house, spending less time with the kids, since it was so easy for him to conduct his business from home.

Soon Melanie found playing Eliza to Brad's Doolittle a heavy load to bear. Repressed and confused, she suffered depression and self-doubt, all the while living the so-called dream. Despite her love for her children—at Brad's insistence, there were three—she felt strangely disenfranchised. No longer comfortable with her instinct and spontaneity, she felt like a stranger to herself.

Sometimes, people in destructive relationships have trouble removing the shackles and setting themselves free, and for good reason. Studies reveal that the most dangerous time for a domestic violence victim exists when he or she first tries to leave—or does leave—the abusive relationship. If you're in this situation, call the National Domestic Violence Hotline (800-799-SAFE) or 911 for your protection and safety.

It's no wonder she responded so strongly to Rick, an old flame from her glory days at school. He contacted her soon after his divorce—and seemed to love whatever she said or did.

With a new love in her life, her motivation for divorcing Brad was high. Yet the price she paid to be rid of Brad was high, too. As the work-at-home parent (who had a higher income), he maintained sole custody of the children. In his usual, controlling fashion, he encouraged their animosity toward their mother. And he managed to secure a significant portion of Melanie's salary for child support.

There's a lesson in this for most of us. When it comes to divorce, there is always a cost. You must calculate the cost/benefit ratio before you move forward with your divorce. If the price is too high, you may decide to hold off—or at least wait until you've positioned yourself in such a way as to rebalance the equation and come out ahead.

Take some time to consider your losses—and there are sure to be some—before deciding you want a divorce.

When Divorce Is Urgent

We'll end with one final caveat. Occasionally, the decision to divorce is mandatory. In instances of spousal or child abuse (mental or physical)—in fact, whenever your safety is in jeopardy—you don't have the luxury of merely considering separation. If your life, limb or sanity are threatened, it's important to make a quick and abrupt break. If you or your child is in danger, do not wait to organize your finances, collect your valuables or even see a lawyer. Just get out.

One woman we know had been abused for years when, in the aftermath of one final, brutalizing battle, she phoned her oldest friend and one-time college roommate. The friend came over with her husband and a couple of shopping bags and gathered what she could: some clothes, a toothbrush and spare cash.

Then, the friend and her husband escorted the badly beaten woman out the door. The woman never went back; however, to this day, she states that if she had not been ushered out by her friend, she might still be in that abusive relationship.

When it comes to domestic violence, women are victimized most. There are millions of such victims annually, according to the National Domestic Violence Hotline, with a woman battered every nine seconds. Almost 5 percent of battering victims are men, and trauma can be similar regardless of the victim's gender.

At the center of abusive relationships are issues of power, with the batterer using violence to maintain control over the relationship and his partner. Victims are often in denial about their situation, but it is hard to deny some typical battering tactics:

More: Obtaining an Order of Protection

What can family and friends do if they think someone's in an abusive relationship? First, provide unconditional support. And second, provide a safe haven so the victim has somewhere to go.

What can you do if you are being abused? The first step is recognizing the telltale signs, and the second is seeking help and removing yourself from the situation as quickly as you can.