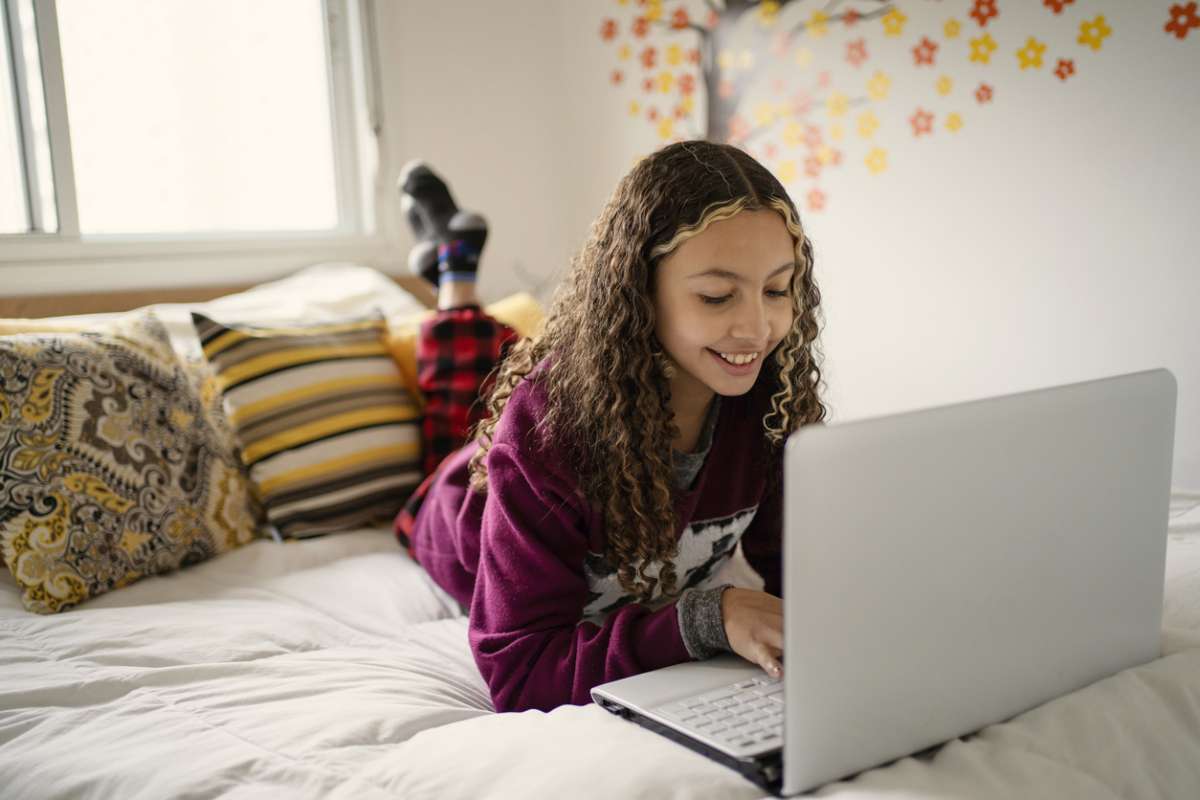 Get help understanding your tween's fascination with high-tech entertainment, and find tips to limit the amount of time he spends on it.

Zack was an outdoorsy, athletic boy who enjoyed everything from bicycling and skateboarding to hockey and gymnastics. He was the only kid on the block whose parents didn't own a television set or a computer, although Zack was sure that he was the only kid in the world. His parents weren't worried that he'd grow up to be a complete dinosaur, since he spent time in front of the TV screen at his friends' houses and had access to a computer at school and the local library.

When Zack was ten, the only thing on his Christmas wish list was a TV. Since he was such a sports enthusiast and the Winter Olympics were coming up, his parents decided to take the plunge and buy him one. Besides, they wanted him to learn to watch TV responsibly; they envisioned sitting down together to help him get a perspective on the shows and commercials. "You can only watch one hour a day," they told him. Zack readily agreed.

It didn't take his parents long to realize that one hour a day of TV viewing required some major life changes. By the time everyone got home, it was almost 6:00 p.m. By the time the dinner dishes were done, it was seven. Zack spent thirty minutes on homework, watched TV for an hour, and then needed thirty minutes to bathe, get ready for bed, and read or hear a bedtime story for lights out by nine. That meant there was no time for chores, tossing a ball in the backyard, building models, running an errand, or anything else. "I don't get it," his father said. "There aren't enough hours in the day. How do other families manage?"

Lots of TV watching and video game playing have been associated with a range of problems: poor grades, obesity, distractibility, aggression, hyperactivity, and increased parent-child conflicts.

"Other kids stay up until ten, eleven, or even later," Zack answered. His disbelieving parents asked around and learned it was true, but they weren't about to let Zack stay up that late. They called a halt to watching TV on school days and restricted him to two hours on weekends and holidays. They bought a VCR so Zack could tape his favorite weeknight shows to watch later. Soon Zack was back to his old routines, which his parents considered much healthier. They were comfortable enough then to buy him a computer, for use two hours a day on weekends and holidays.

It's no wonder that kids love video games, action-packed TV shows, and horror movies. The good ones provide the kind of all-absorbing mental stimulation and repeated adrenaline rushes that are hard to come by any other way. During a captivating game, show, or movie children enter a state of suspended reality. The lines between there and here, then and now, and me and "it" vanish, and time passes at warp speed. Expressions like "time stopped," "mind-blowing," and "zoned-out" come closest to describing the sensations that artists strive so hard to evoke, and which Hollywood directors and game developers have become so adept at producing.

There's no question that TV shows, computers, and high-tech games are great fun for kids or that they learn from them. The problem is, they may learn a lot of things they would be better off not knowing and miss the social interaction that is critical for children this age. High-tech entertainment is not inherently good or bad. It depends on what programs your child watches and what games he plays, and how often.

Addicted tweens show signs of going through withdrawal when the TV is on the fritz, the computer is out of commission, and the Sega unit is on the blink. Don't be surprised if your tween is cross, cranky, bored, and generally at a loss as to what to do with herself if you limit her TV-viewing and time spent at the computer.

There are occasional headlines about a child who recreates in the real world what he has seen his heroes do on TV or in a video game, and the result is a horrific copycat crime. Ask your tween if he considers this a danger, and although he may know a youngster who is overly entangled in a high-tech make-believe world, he will most likely insist it's not a problem for him. In fact, it probably isn't. Only a small minority of youngsters lose track of which side of the reality/fantasy line they are on, and they typically show serious signs of psychological imbalance to begin with.

Still, the fact that tweens commonly have dreams in which their minds replay scenes from scary movies and reproduce menacing video game characters proves that they are being unconsciously affected. The biggest threat may well be the slow but steady desensitization to violence. Although there are lots of factors contributing to juvenile delinquency, the role of modeled aggression on TV cannot be discounted. Children in the United States are exposed to an estimated 8,000 murders and 100,000 acts of violence by the end of elementary school, according to the National Coalition on Television Violence.