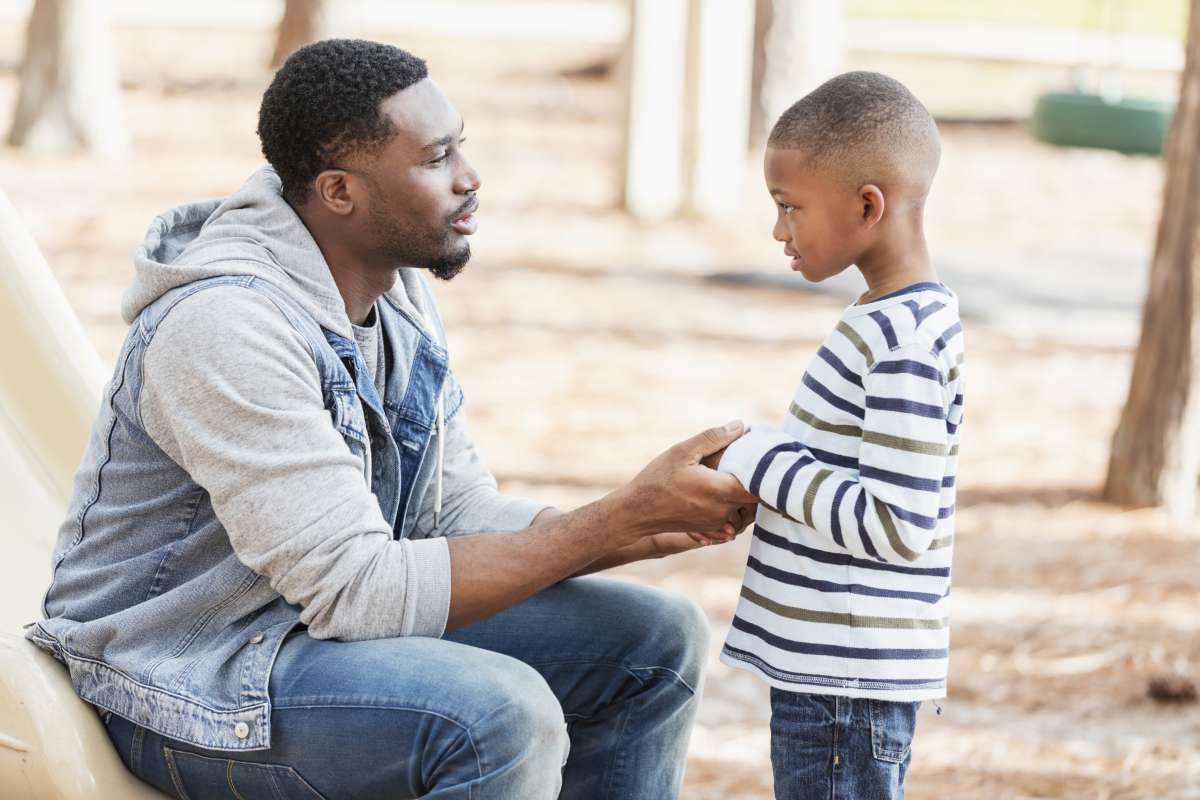 Many kids go through a lying phase at some point, but how should you handle it? Follow these six tips from an expert.
Laura Richards

There's nothing worse than catching your child in a lie. As parents, we teach them so many things, especially that lying is wrong, but what do you do if it becomes an issue? Some kids go through a phase when fibbing is more common. Dr. Jennifer Guttman, PsyD Clinical Psychologist, has the following advice for parents in this predicament.

1) It's Important to Catch Your Child in a Lie

Don't guess that your child is lying before accusing them of doing so. "If you spend a lot of time accusing your child of lying, but sometimes you're correct and sometimes you're incorrect, your overall message loses credibility. Choose the timing of the message about the importance of not lying carefully by discussing it only at times when you actually catch your child in a lie," says Dr. Guttman.

2) Discuss the Problems and Ramifications of Lying

Explain to your child that it reduces their overall credibility in life. Dr. Guttman recommends that you explain to them that even in situations where they're not caught in a lie, and no consequences are given, trust has still been eroded by the lying behavior. Therefore, the amount of believability they have in an actual situation may be reduced because their credibility has been compromised. (Think the boy who cried wolf.)

3) Discuss the Difference Between "White Lies" and Other Lies

Dr. Guttman says, "'White lies are lies to protect someone's feelings. For example, if an acquaintance gets a haircut and they don't like it, but asks if you do, and you say 'yes,' that's a lie, but a 'white lie' because there's no harm done to anyone by telling it. In other situations when friends ask about their appearance, there may be a need to be more honest so as not to lose credibility in genuine friendships." She says that regular, open discussions about these topics help to reduce confusion, which is important.

Does your child have ADD?

Find out if it can make fibbing more prevalent.

4) Taking the Lie Back

Dr. Guttman says to teach your child that it's okay to take a lie back either immediately ("Oh, I didn't mean to say that, let me re-start") or voluntarily upon reflection ("You know earlier when I said X, well, that's not exactly what happened") or taking it back when you press them ("OK, yes, I did lie"). In all of these situations, she says it's better to provide support for telling the truth than consequences for "almost" or "initially" not.

5) Stick to Your Guns

It's important when you manage deceitful behavior that you do so without name calling. What Dr. Guttman means by this is that in a fit of anger with a child or adolescent, it's important not to unilaterally call them a "liar." She says, "Name calling is bad under any situation, as it undermines a person's sense of self and can actually backfire and become a way a person self-identifies, perpetuating a behavior you were trying to extinguish."

As always, it's important to keep lines of communication open, clear and concrete with your child. Consult with your child's pediatrician or school counselor if you feel your child has an issue with lying, and find more information to help instill good values in your kid.