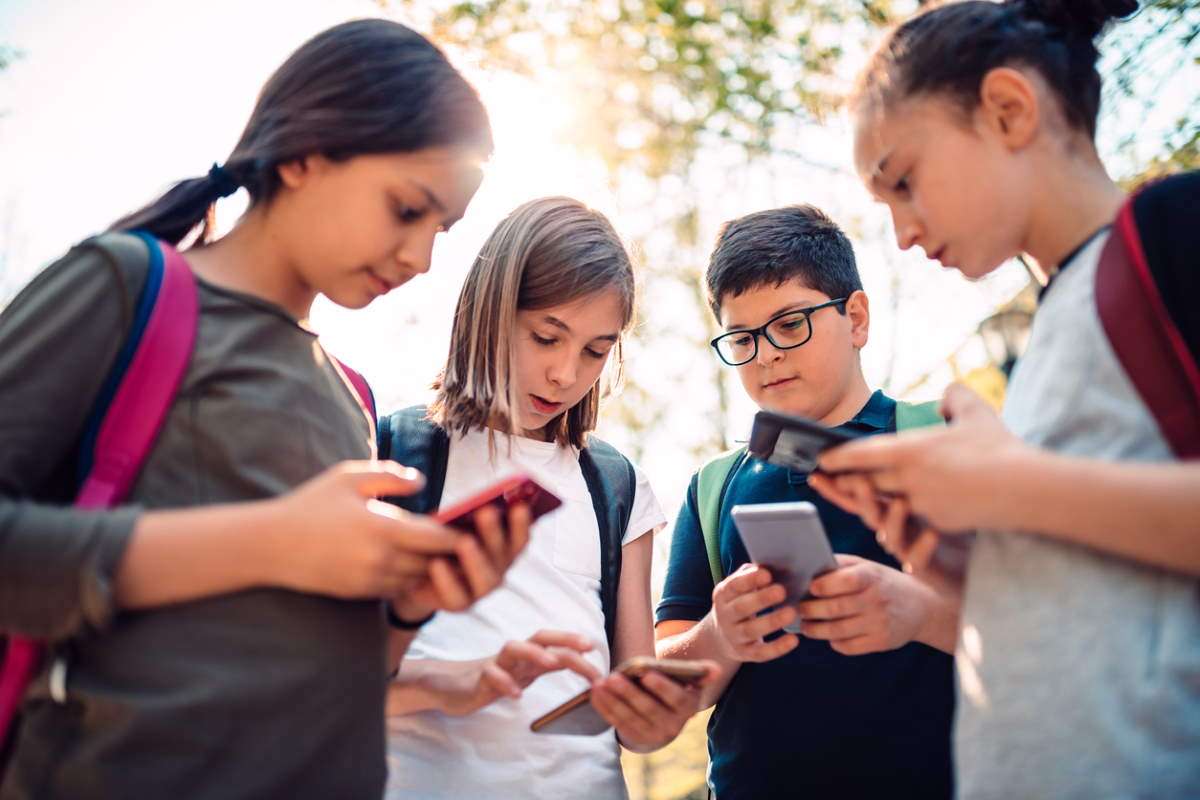 Cell Phones at School: Should They Be Allowed?

Should cell phones be allowed in school? A 2010 Pew Research Center study found that 65 percent of cell-owning teens bring their phones to school despite any bans that may be in place. Most schools now allow students to have cell phones but require them to be turned off during class because they can be disruptive and distracting. Read on for the pros and cons of allowing cell phones in school to help make the right decision for your child.
Charise Rohm Nulsen
Table of contents

Should students be allowed to have their cell phones in middle school and high school? A 2010 Pew Research Center study found that 65 percent of cell-owning teens bring their phones to school despite any bans that may be in place. Most high schools now allow students to have cell phones but require them to be turned off during class because they can be disruptive and distracting.

Both high schools and families seem to have an ongoing struggle with youth cell phone use. The ramifications leave lasting effects and challenges. In a 2020 Pew Research Center article, it was shared that “a majority of parents in the United States (66%) – who include those who have at least one child under the age of 18, but who may also have an adult child or children – say that parenting is harder today than it was 20 years ago, with many in this group citing technology as a reason why.”

Read on for the pros and cons of allowing cell phones in school to help make the right decision for your child.

The 2010 Pew study noted that 48 percent of parents use the phone to monitor their child's location. The monitoring of children’s locations during school hours should also be noted as a con for many families who don’t like the idea of tracking their high school children with technology.

Cell phones can be used in emergencies

Your kids can reach you in the event of an emergency and vice versa. Families are living through unprecedented times, regardless of whether they attend private or public schools. This generation of children has grown up with mass shootings, and specifically school shootings, being part of the news headlines that they see every year of their lives. We are now also living through a pandemic where school districts and families have heightened anxiety and true health and safety concerns on a regular basis. Knowing that you can reach loved ones in a heartbeat thanks to mobile phones during school hours can feel more important than ever in the current climate.

Cell phones can be used when help is needed

If in danger, your children can reach the authorities or a medical provider. Parents worry about everything from bullying to random violence to car accidents when their children are not only at school, but also attending activities directly after school. School students are driving from high school to work, traveling for sports meets and competitions, and visiting friends. Although parents may not love the idea of teens having their phones at school, they may want them to have access to phones for all that happens immediately following time at school.

Mobile phones can be silenced during class or study periods, and active only in appropriate places. Expert and educator, Blaire Lent, MS.ED., MS.Sp.ED shared that knowing how to appropriately engage with cell phones is now an important life skill and learning tool:

“As the Head of School, I have felt that learning to appropriately engage with a cell phone is an important life skill. Therefore we have a policy that students will lose classroom points if they use their cellphones during lecture and note taking time, but we do NOT ban cell phones entirely. The point behind this policy was to give students an arena to practice self control regarding phone usage so that they might develop those skills before adulthood.”

Cell phones provide a convenient way to stay in touch

Cell phones create a convenience that was previously unavailable. With cell phones, you can easily reach your kids for any reason: to ask them questions, change plans, or to simply say hello.

Expert Blaire Lent also explained how this aspect of cell phone use specifically benefits some students: “Allowing students to bring their phones to school has another benefit as well-- many students with acute anxiety manage this condition by frequently checking in with their caretakers about daily plans. For example, "Who is picking me up?" is the type of question a student with anxiety might text several times during the traditional school day. Not because they keep forgetting, but because repetition of the routine helps them assuage anxieties and navigate through the day.”

Students often forget to turn off their phones in class, and ringing noises or text message alerts disrupt learning and school work. Even if set to silent, cell phones can still cause distraction for students and educators, since text messaging has become a high-tech method of passing notes in school. As seen in the popular 2020 Netflix documentary The Social Dilemma, young people and even adults experience an addictive need to check their cell phones and notifications whenever the phone is available. This would point to the fact that even the mere presence of the cell phone can be distracting, even when the sound is turned off or if the phone is powered off altogether. The increased screen time has also been found to have harmful effects on learning and development.

Student cell phone networks add to the spread of rumors and misinformation, which can be harmful on a daily basis. Facebook, Twitter, Instagram, TikTok, and other popular — and potentially dangerous — social media apps can be even more of a distraction and can be used for cyberbullying. This is often cited as reasoning for instituting a cell phone ban.

According to a 2019 study, “More than 12,000 13- to 16-year-olds in England found that using social media more than three times a day predicted poor mental health and well-being in teens. Other studies also have observed links between high levels of social media use and depression or anxiety symptoms.” Of course, teens will have access to social media via their computers, but not having an iphone with them for the majority of the day can help to prevent more constant and consistent use of social media and can cut down on the overall amount of time spent on social media and electronic devices.

Expert Blaire Lent shared how these challenges affected her school specifically and what they tried in lieu of banning phones: “Our school recently spent a "phone-free week" in response to students' seeming inability to control phone usage even when motivated to do so. There is an inherent addictive nature to the smartphone and it seems to be more difficult for the most at-risk students to avoid the alluring beckon of a buzzing pocket. Add to this increasing levels of FOMO and the constant reinforcement of self-worth that social media can bring or take away, and schools are seeing more and more students be unable to navigate the pressures of having phones in their pockets and only using them at certain times.”

Overall, families have to decide what works best for their own family. Different circumstances dictate different needs. Digital devices are not going away as far as being major influential aspects of our society. Best practices may only be able to be determined through trial and error. It’s generally easier to increase usage and relax rules than to dial back extensive use which may be worth considering as you navigate the challenges associated with cell phone use in schools.

Still unsure about whether your child should have a cell phone? Check out Not Ready to Give Your Kid a Smartphone? Try a Flip Phone Instead.