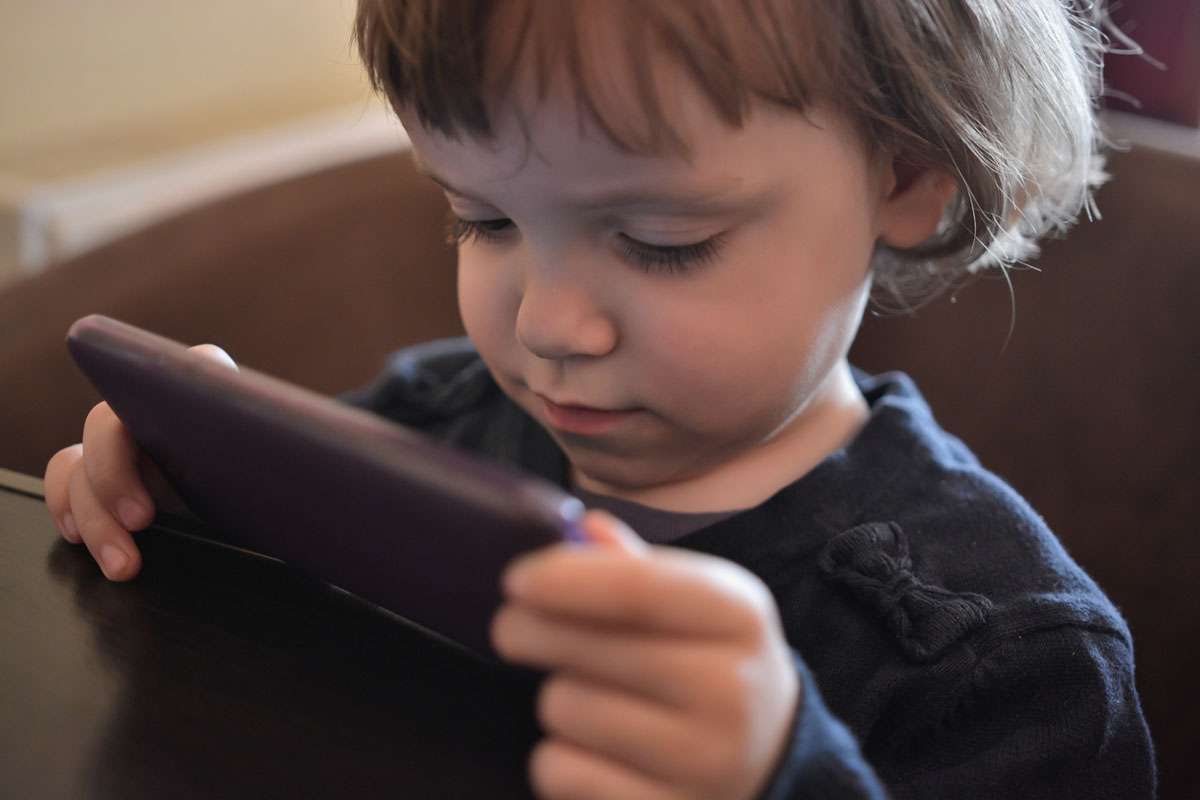 We don't always need to feel guilty for our parenting decisions, and sometimes we need to do what we need to do. One mom gets real about the struggles of dining out at restaurants with small children.
Sa'iyda Shabazz

Whenever I get ready to take my son out to dinner, there are two things I make sure of. One is that he has a small toy or two to carry, and the other is that my phone is charged. Because I know that at some point during the meal, I’m going to hand him the phone to keep him occupied. And you know what? I’m not even a little bit ashamed.

My son is five. He’s a good kid, but sitting still is not a gift he’s been blessed with. An only child, he can certainly entertain himself, but after a while, he gets restless. I can often sense his restlessness coming, and that’s when I’ll ask, “Would you like my phone?” Sometimes, I’ll give him the phone before, as a way to hopefully stave off the restlessness. It doesn’t always work, but it can certainly buy me some time.

As a single parent, I don’t often have money for us to eat at a sit-down restaurant. Usually we only eat out at a restaurant when we go out with a friend of mine. If that’s the case, then I’m trying to have some semblance of a night out. And I can’t enjoy myself if I have to constantly pick up the toy that my son drops, or encourage him to sit still. Yes, he can keep himself entertained. But usually we’re at home, where he has all of his stuff at his disposal. And he has space to get up to move whenever he wants. At a restaurant, he’s crammed into a booth in a small contained space. Giving him my phone to watch YouTube for a while buys me time to have a conversation. Maybe I’ll even get to eat some of my food while it’s still hot.

Being the only kid at a table isn’t very exciting. I totally understand that, which is why I will have the phone ready. He doesn’t want to listen to my friends and I talk about our jobs. And as much as we love talking to him, we don’t want to listen to stories about Sonic the Hedgehog. Naturally after he’s eaten, he’s going to get restless. Emma Wynne of the children’s app Curious World says, there are kid’s apps that  “help maximize your child’s learning potential while giving you and your partner [or dinner companion]  some well-earned together time. But learning apps shouldn't just be a replacement babysitter.”

When you have a kid who has a hard time staying still, you do what you have to. He’s not undisciplined, but he will get into things if he’s bored. I know for a fact that more people will judge me if he’s climbing around the booth or running back and forth. Because people will think, “How dare you bring this wild child outside?” And if I’m constantly worrying about him disturbing other people, then it’s not even worth going out.

There have been times where I worry I’m setting a bad example for him. But sometimes when we’re out, he will politely decline my phone in favor of another activity. I always tell him that the phone is available for him if he needs it. Usually he’ll ask for it at some point.

"There's definitely no need to feel ashamed about allowing your child to use a tablet or phone when you go out,” Wynne adds.

People may look at us and judge me for not engaging with him at dinner. But guess what? We have dinner together pretty much every single night. Sometimes I just want to eat a meal and have a chat with another adult. So if that means that I’m going to shove my phone at my kid, so be it.

Looking for learning content like games, videos, and books to keep your kids busy while dining out? Download the Curious World app today and start your free trial to nurture your child's curiosity and keep them entertained with productive screen time.

Thank you for your feedback.
About the author
Sa'iyda Shabazz