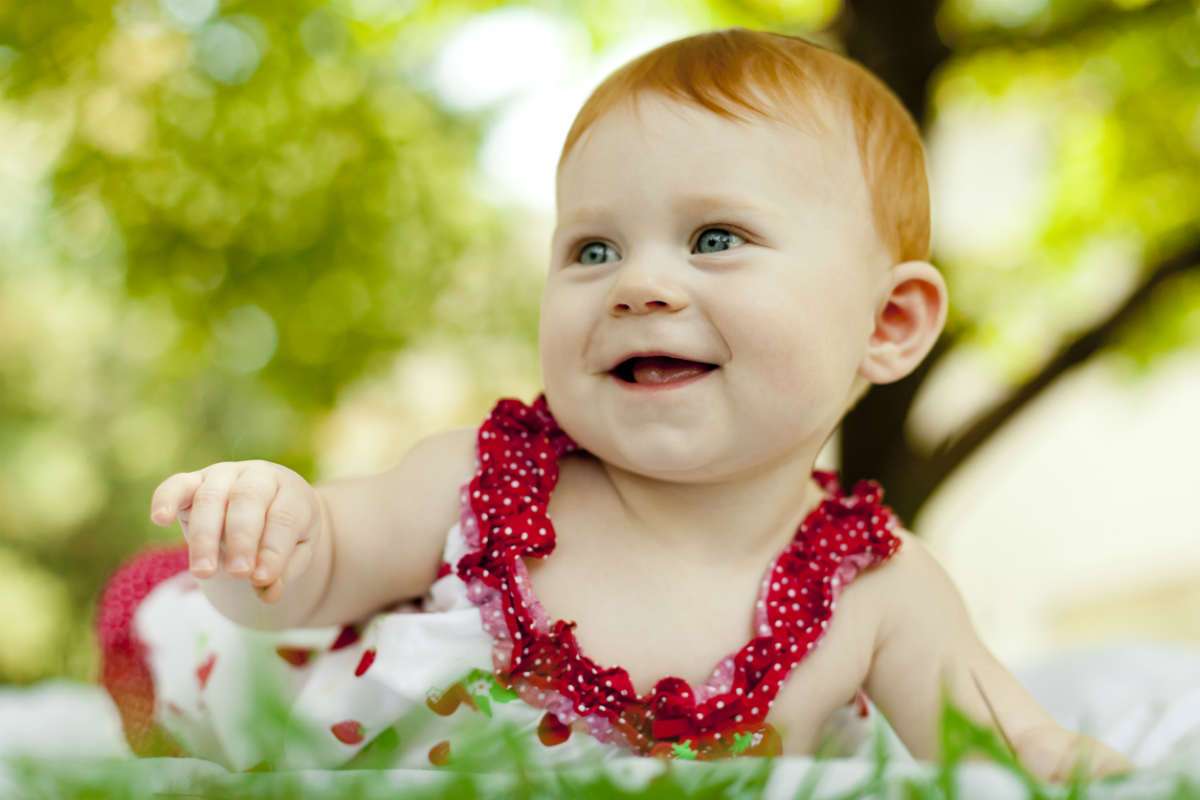 What Are the Chances My Baby Will Have Red Hair? A Genetic Explanation

Could your little one be born a carrot top? The chances are slim for most people, but you never know. Here's a genetic breakdown of how red hair is determined.
Elisa Cinelli
Table of contents

Wondering if your baby could be a redhead? Red hair is the rarest natural hair color in the world. Just 1-2% of all humans have red or orange hair. However, in Ireland and Scotland, about 20% of the population are redheads.

Could your little one be born a carrot top? The chances are slim for most people. They are even slimmer if neither parent has red hair, but it can happen.

More: What Color Hair Will My Baby Have? A Genetic Explanation

Why Do Some People Have Red Hair?

Through college classes, extensive reading, and teaching the subject to gifted children, I have developed a bit of knowledge about genetics. Let me explain what causes some people to have bright red hair.

Red hair is a mutation in the human genome, usually tracing back to the ancient Celtic people of Ireland. The mutation has occurred in other parts of the world as well, but those with the trait have survived better farther North.

All humans have small amounts of pheomelanin in their hair, but in most, it cannot be seen due to higher concentrations of eumelanin. However, some people have very little to no eumelanin, so the hair appears strikingly red. The lack of brown pigment also causes very fair skin that won’t tan and the appearance of freckles.

A pure redhead has tresses that are “classic red”, and appear quite orange. There can be some variation between how bright the orange color looks, but generally, pheomelanin alone produces a very distinct shade.

Some people have a mix of pheomelanin and eumelanin in their hair, resulting in blended hues like auburn, chestnut, and strawberry blonde. This happens because the trait for red hair is what’s known as an incomplete dominant. It’s not dominant or recessive but mixes with brown hair in people with traits for both.

If both parents’ locks are classic red, you can be pretty sure their baby’s will be too. Most likely neither parent produces much eumelanin at all if any, so they can’t pass it to their child. If by exception, both parents carried a very small amount of eumelanin, they could potentially birth a blonde baby, if neither passed the redhead gene.

A Redhead and a Brunette

This pair would most likely give birth to an auburn or chestnut-haired child. It is also possible to have a blonde or brunette child if the redhead parent was carrying small amounts of eumelanin on a separate allele. If the redhead parent were auburn-haired or strawberry blonde, that possibility would increase.

A Redhead and a Blonde

Genetically, this pair is very similar to the redhead/brunette combo. The child would likely be born strawberry blonde. Blonde could be another possibility if the redhead parent was carrying only one gene for red hair and passed the other.

Two Red-Blends Have a 25% Chance

If both parents are auburn-haired, strawberry blonde, or any other blend of red and brown/blonde, there is a 25% chance that their child will be born classic, carrot-top red. That’s because both parents carry the gene for pure red hair.

There is also a 25% possibility for the child to be born without any red in his or her tresses since both parents carry a brown/blonde trait.

There is a 50% chance the child would get allele for each and have blended red hair too.

These are generalizations since coloring isn’t based on a formula of dominant and recessive traits as geneticists once thought. Instead, it occurs as a result of varying amounts of two different pigments. This makes things a bit more complicated than high school biology, but the general concepts still stand.

Family Background May Be the Biggest Clue

If you have Irish or Scottish ancestry, the chances of your baby being born with red hair are more likely. This is especially true if both parents share this heritage.

If not, it is very unlikely that your child will have fiery red locks or even red tones. But remember that red hair originated as a mutation. Nothing is impossible!

Wondering what your baby will look? Check these out: