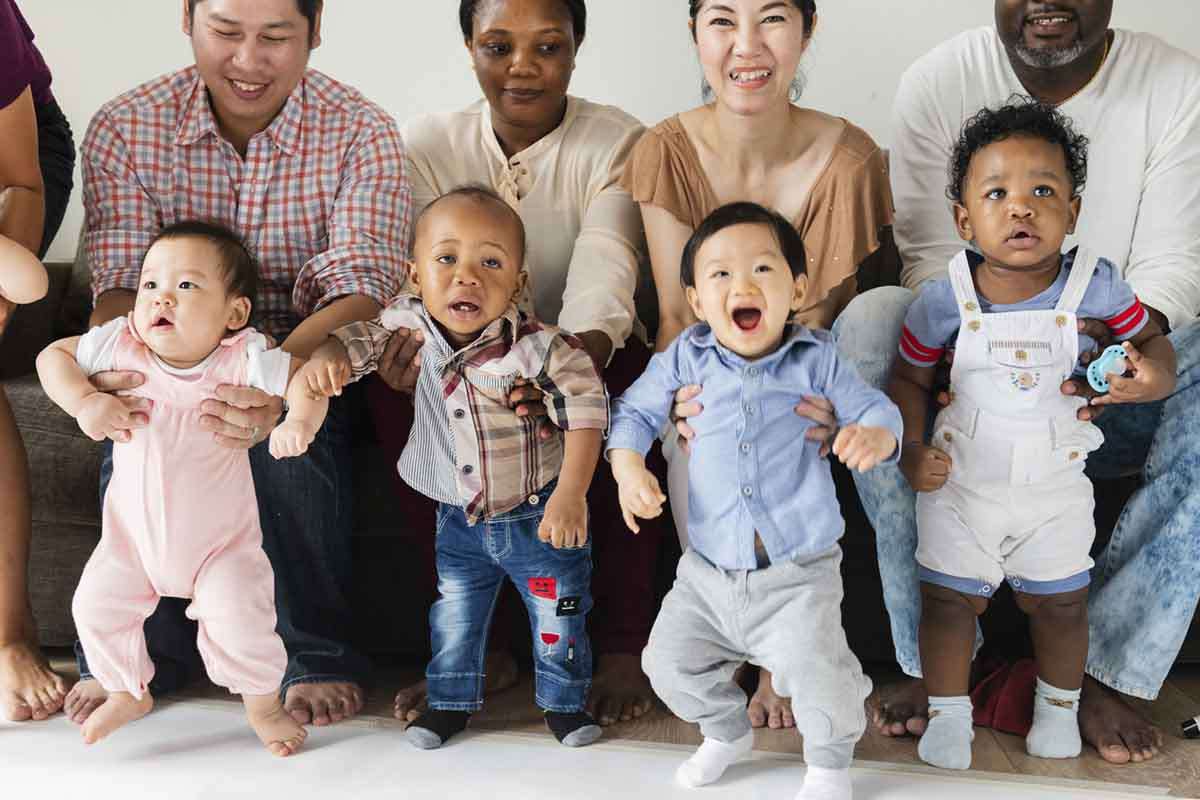 A Look at the Different Generations and How They Parent

We're answering the question "What are the different generation names?" and taking a deeper look at each generation, what's impacted their lives, and how it impacts their parenting styles.
Charise Rohm Nulsen

As you scroll social media these days, you probably see a variety of memes dedicated to capturing some aspect of the generations. Whether it’s the Millennials talking about the “Karens” of Gen X or their supposed need to side part their hair, or the Baby Boomers commenting on the helicopter parenting style of the younger generations, we continually see stereotypical personality traits and habits of generations boxed into neat definitions. With all of the different monikers and generational references, it can be confusing to even keep up with the latest phrases and terms related to the generations.

What is a generation and why do we even have these terms?

Most people get confused with how the generations are labeled because they think of it in terms of ages, and ages are obviously a constantly moving target. It’s most helpful to think of the generations in terms of birth years. When people refer to the generations, they are thinking of a cross section of people born around the same time which usually spans about 20 years or so.

As a society, we tend to lump these people born around the same time together because their lives have been shaped by the same historical events and critical life events. Of course, there are many factors that contribute to how people become who they are, but if you think about the generations of people in your own life, you’ll see certain commonalities. The grandparents in your life are probably much more similar to each other than they are to your friends and contemporaries. It is probably more likely that you parent in a way that is like your friends than the way you were brought up yourself. No matter how much you loved the way you were raised and how much you might want to emulate that parenting style, the sheer difference in how different life is now from when you were a kid creates a chasm between your generation and that of your parents.

What are the generations and what are they known for?

Read on to learn about the generational cohorts and what you need to know about them:

AKA: The G.I. Generation (This refers to American soldiers in World War II.) The Greatest Generation is a term made famous by the Tom Brokaw book.

They gave birth to the Baby Boomers, and they are the grandparents of Generation X and the Millennials. This generation was all about raising their families to value hard work. They know about loss and hard times, and their realistic and pragmatic way of living greatly influenced their parenting style.

The Greatest Generation produced very large families after WWII ended as opposed to prior generations. They did what they had to do to make ends meet and support multiple children. This generation had the skills to survive and prosper, and that messaging was greatly emphasized to their children.

The Silent Generation was known for working within the system rather than fighting the system. They parented quietly and without doing anything that called attention to them. They kept their heads down and did what they had to do.

They are known for becoming parents at the youngest ages of all of the generations so they married and gave birth as young adults. They were also the generation that popularized divorce, and there were many divorces seen in this generation. Many of the Silents raised their children to be “seen and not heard.”

The Baby Boomers are the parents of late Gen Xers and Millennials and their name reflects the baby boom and increased birth rates. They raised their children with a focus on wanting the best for them. Making sure their children went to college was a priority. The Boomers also lived through the Summer of Love so they had the chance to sow their wild roots. Their demographic could not be more different from The Silent Generation who raised them and that shows in their parenting styles. This generation actually cared about the perspective of how kids felt growing up.

AKA: Gen Xers or the MTV Generation

Gen Xers are all about parenting. They are a generation that focuses on learning about parenting and caring about work-life balance. They understand the importance of individualism and tend to support their children’s choices for different lifestyles more than past generations. Generation X is also a generation of volunteers and are very involved in their kids’ development.

AKA: Generation Y or Gen Y or the Millennial Generation

This generation is having fewer children and are less likely to feel the need to be married to have kids. Technology, the internet, and social media are all major influencers in their lives as parents and in the lives of their children. This is an open-minded generation of parents who are parenting in various styles that were not common to generations before. They may have been the children of helicopter parents so they are finding themselves to be naturally freer parents in approach compared with older generations.

AKA: Gen Z or Zoomers or iGen or Post-Millennials

AKA: Gen Alpha or The Next Generation