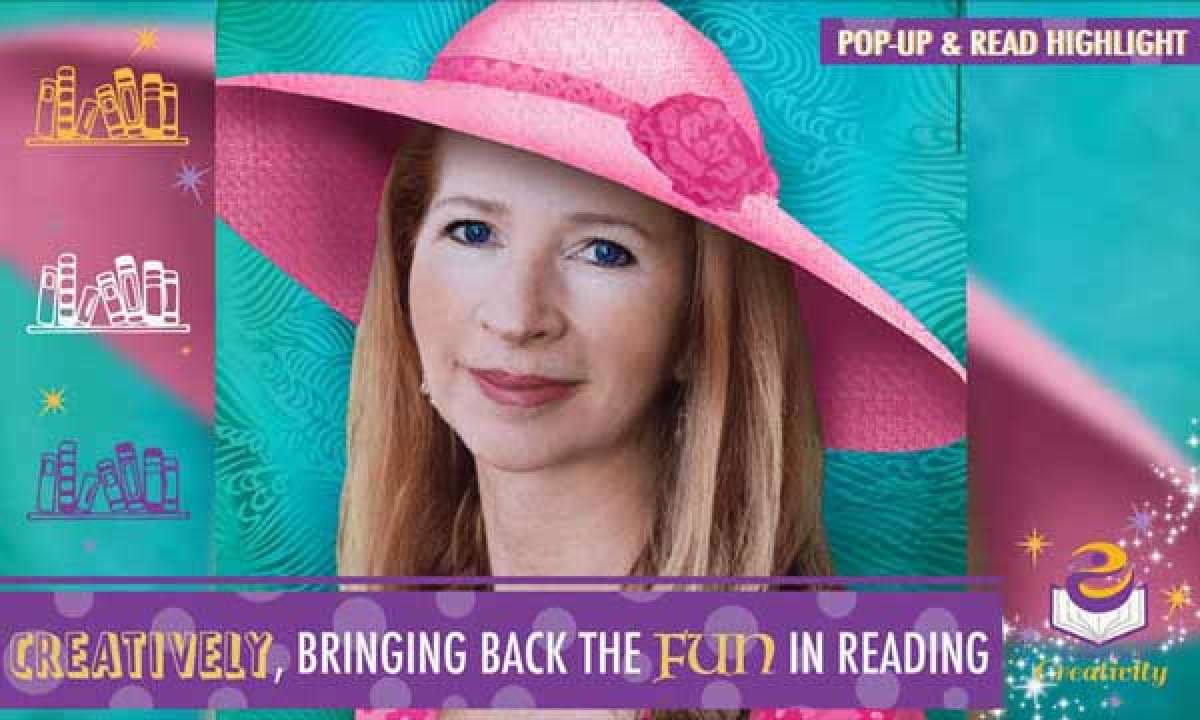 She may have launched some of the cutest characters in modern-day lit, but in a recent chat in Queens, NY, she reminds me that she is human, and greatly understands the “juggles and struggles” of modern day parenting.
Rachel Sokol

Additionally, Kann serves as co-producer of the PBS series Pinkalicious & Peteriffic, which first aired in early 2018 and has been renewed for a second season. The TV show promotes art, creativity, imagination, and problem-solving; kids really cherish the whimsy and fun characters.

Kann, a mom of two grown daughters, one in college, one in her late teens, is indeed admirable and wildly successful.

Sure, she may have launched some of the cutest characters in modern-day lit, but in a recent chat in Queens, NY, she reminds me that she is human, and greatly understands the “juggles and struggles” of modern day parenting.

How She Does It All (Or Not)

“As a mom you’re very good at multitasking and at a certain point you just say ‘I’ll get to it,’ and you know you will get to it,” says Kann about the daily tasks so many parents struggle to maintain.  “There’s a great phrase by Dr. Wayne Dyer, ‘Wherever you are in life is exactly where you’re supposed to be.’ I try to remember that and exhale! I also started running—I find it really helpful to deal with stress.”

Adds Kann: “For me, list-making is also really helpful, and so is prioritizing.” For example, she checks in with herself by asking, ‘What do I like to do most in life? Where do I feel happiest? Where do I feel love?’”

“Always go to that feeling of love. I don’t like paperwork, which is why sometimes I don’t do paperwork. But I love creating.  If I have a choice:  paperwork or creating, I go to creating.”

Scenarios like this, says Kann, will “balance you in life. Being creative always makes me feel really good.”

Believe it or not, Kann doesn’t consider herself a painter. “I actually put the pain in painting,” she jokes. “I love to make things; I’m a collage artist. I used to do all paper. Now, I am making collages out of ceramics and doing a lot of mosaics. I love finding existing materials, breaking them, and making art out of them.”

“When they were younger, my daughters and I did a big butterfly mosaic mural, and it’s hanging on our wall—this giant thing! I feel really happy when I look at it because I know I made it with my daughters.”

Today, she explains that her kids are “doing their own thing. My older daughter is in business school and really good with graphic design and my other daughter likes filmmaking and photography.”

Kann’s visit to P.S. 152Q in Woodside, Queens was arranged by FamilyEducation Reading and Literature Expert Stephaney Davis, founder of Connection to Creativity, a NYC-based program that uses art to highlight the endless reasons why reading is so beneficial for young minds.

In the school’s auditorium which was packed with Pinkalicious fans, Kann shared her life story.

She grew up in Brooklyn, studied illustration at the Rhode Island School of Design, and was inspired to write Pinkalicious when, years ago, she sent friends a quirky email stating her daughter fell ill from eating too many pink cupcakes—and friends said that would make a great children’s story. (Which happened to be April Fools Day, which is Pinkalicious’s ‘birthday.’)

The kids asked her some great questions after her presentation, and posed for photos with the prolific writer and illustrator. The best compliment she ever received from a Pinkalicious fan was, “I learned to read with your books.”

Says Kann: “Whenever I hear that, it makes me want to cry. I want kids to know books will fill your life with happiness and knowledge. And hearing comments like that from kids is such an incredible connection for me.”

When asked if she’d write an adult book someday, she did drop this gem: “Yes! I would love to! I was thinking about this on the drive in today.”

So, stay tuned parents...Kann hasn’t forgotten about you.