Rachel Sokol
There’s a reason why Sesame Street has been around since 1969. The life and school-themed messages it teaches kids really resonates with them, and a recent study proves it.
Table of contents

My daughters are five and (almost) two, and they both love watching Sesame Street—and not just because of Elmo, everyone’s favorite furry monster! My mom swears I loved Sesame Street as a kid, too. It was whimsical, fun, and taught you numbers, letters, shapes, about other cultures, and friendship.

In fact, I am absolutely convinced this catchy Sesame Street video helped my older child understand the American alphabet—we would play it for her over and over and over again!

There’s a reason why this fun and educational show has been around since 1969. The life and school-themed messages it teaches kids really resonates with them, and a recent study proves it. 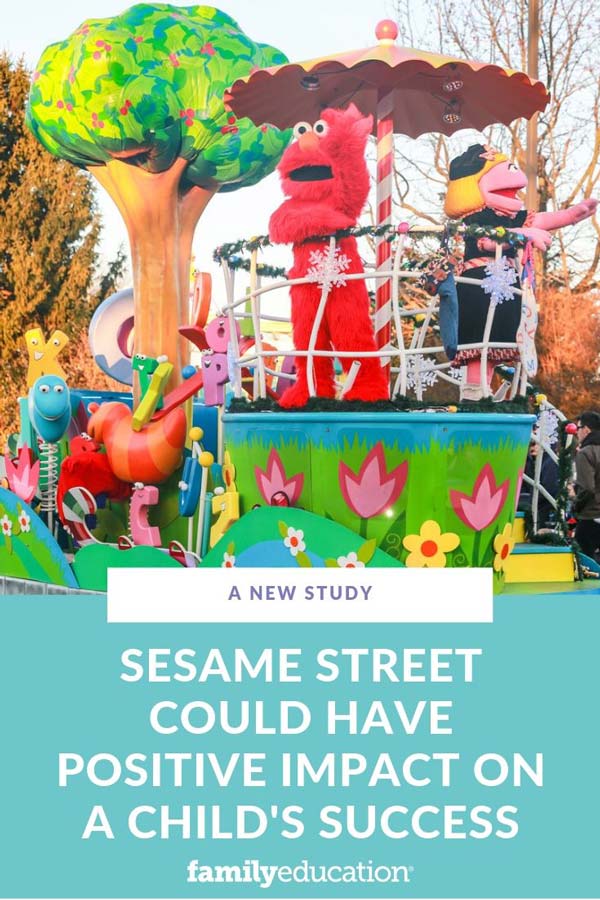 According to a recent study lead by researchers Melissa Kearny and Phillip Levine, and published earlier this year in American Economic Journal: Applied Economics, kids under age seven, who are exposed to Sesame Street, do better in school—especially if they’re male. How interesting!

The study found that children who watched Sesame Street often were 14 percent more likely to be attending the grade that is appropriate for their age in middle and high school years, which outlines the show’s lasting impact on youth.

Sesame Street’s Appeal to All Ages

With so  many kids shows out there, why in particular is Sesame Street so popular with kids--and adults--even today?

“Kids love Sesame Street because it’s fun! The use of colorful, loveable Muppets and animation, high-energy songs and poignant storytelling have possessed a unique capability to capture young children’s attention spans for over 50 years,” says FamilyEducation expert Kristen Arquette, a Bellevue, Washington-based licensed marriage and family therapist.  “Sesame Street appeals to parents for its educational content, as well as the use of humor, cultural references, and celebrity guest stars.”

Adds Arquette: “Compared to other kids’ programming, parents are more likely to watch with their children, which facilitates both discussion of teachable moments on the show and helps kids transition the skills off of the screen and into their daily lives.”

Additionally, the positive impact of watching Sesame Street on educational readiness and achievement for preschool-age viewers has been well-documented in many academic studies, not just this recent one.  “Remarkably, those benefits appear to persist throughout adolescence,” explains Arquette. “And, in addition to the focus on academic development, Sesame Street teaches behaviors that facilitate learning by fostering development of emotional and social skills such as following directions, impulse control, nonaggressive ways of managing conflict, and celebrating diversity, to name a few.”

Looking for other positive forms of media for your child? Check out: A New Study Says Minecraft Boosts Creativity in Kids.