Stefanie Miller
Looking for more shows like Bluey to watch with your kids? Here are some of our favorite TV shows for toddlers like Bluey.
Table of contents

If you have toddlers at home, chances are you have watched a lot of their TV shows. One, in particular, that is well-loved by both children and their parents is Bluey. This kids' show was created in Australia and airs on Disney Jr and is available for streaming on Disney+. If you haven't seen it yet, it's a must-watch!

It follows the main character Bluey, a six-year-old blue heeler puppy, and her family. You are introduced to her little sister Bingo, her mom Chilli, and her dad Bandit. This Aussie animated series does a fantastic job telling stories about real life that viewers can relate to. It teaches your little ones problem-solving skills, and how to get along with siblings. Whether it's playing simple games with their parents like "Keepy uppy" with a balloon or climbing "Mount Mumanddad," your child will learn something new and you'll get some good laughs too!

Below you will find a list of 12 other children's TV shows that are worth checking out if you haven't seen them yet. They are great at teaching life lessons and simple skills while also being fun and engaging for both your child and you. 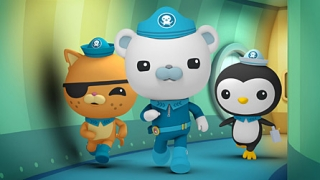 Where you can watch: Disney Jr, or stream on Netflix

This is a great show for your little ones to learn all about the ocean. It consists of a team of 8 members of different characters such as Captain Barnacles the bear and Kwazii the cat. It's their job to lead their team of heroes on underwater quests to save creatures from trouble. At the end of every episode, you get to learn a little bit more about sea life and they go into detail about a specific creature and talk about some cool facts about them. 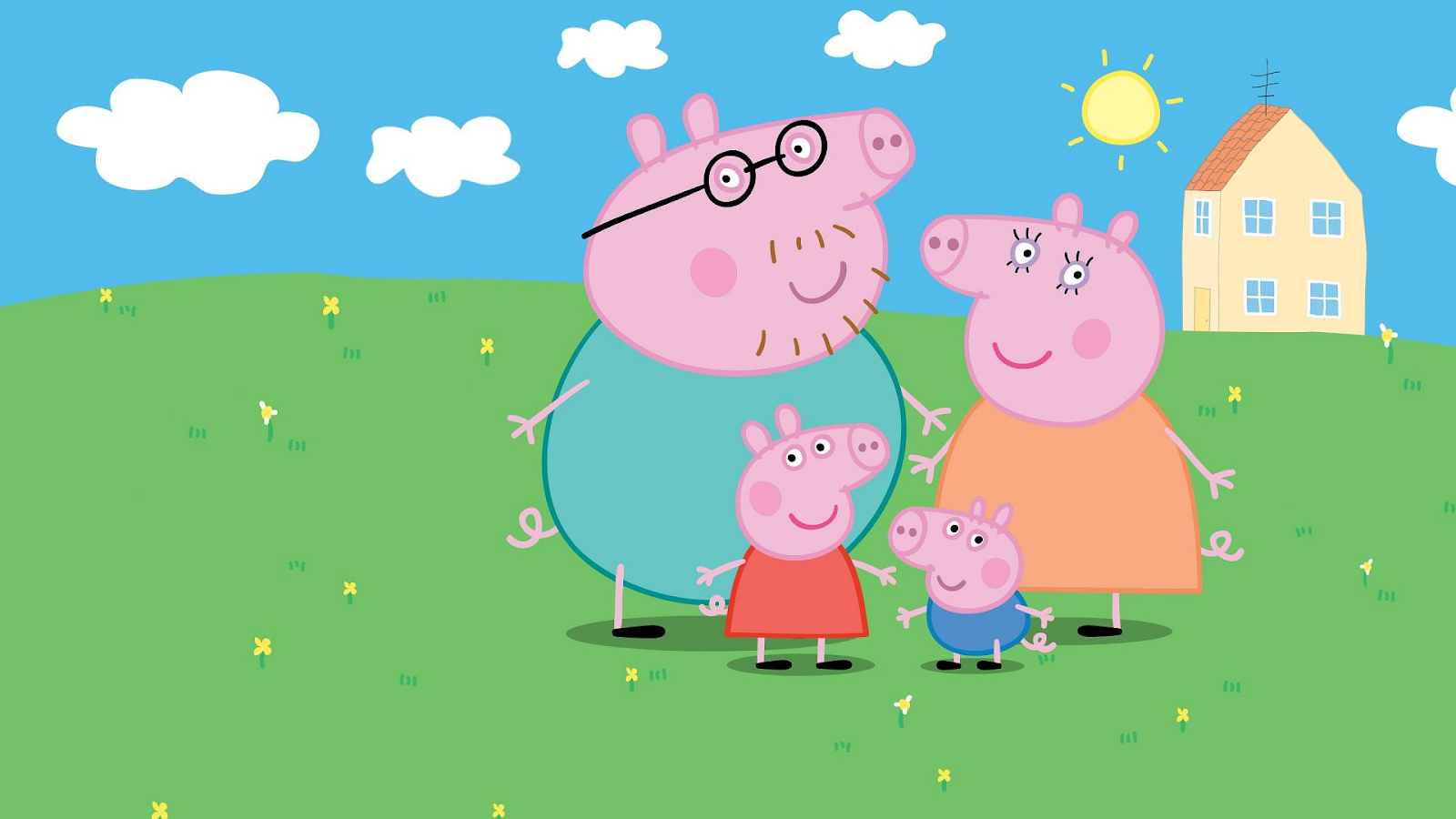 ​Where you can watch: Nick Jr or stream on Paramount+

Peppa Pig is a BBC kids' TV show that follows Peppa and her family members George, Mommy Pig, and Daddy Pig. Each episode follows their daily life and uses situations like when the two young pigs aren't getting along as really good teaching moments for little viewers. You get to meet other characters such as extended family members and friends along the way, which helps to create more storylines and teach more lessons such as sharing and being kind. 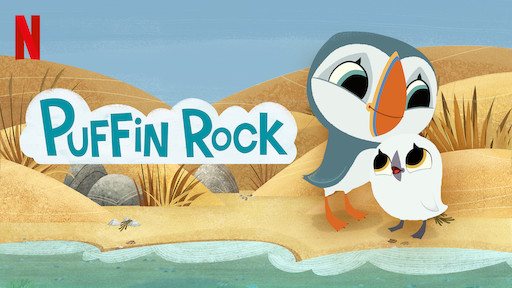 Follow Oona the puffin and her little brother Baba as they go on adventures together and learn more about the environment where they live. This kids' TV show first aired in Ireland on Nick Jr. Each episode teaches you about wildlife and nature as well as the importance of friendship and family. 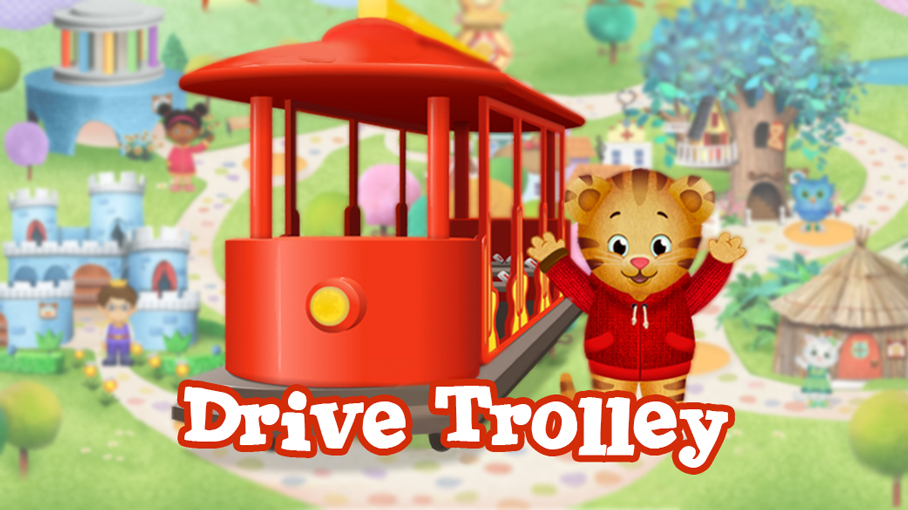 Where you can watch: PBS Kids

This is a great show that is based on Mister Rogers' Neighborhood, a children's program from the 90s. Instead of the role model we as parents grew up to know, we follow an animated Daniel tiger through his day-to-day life with his friends and family. There are so many teachable moments and memorable songs that can help your child learn more about the world around them and themselves. They will explore what it's like to be kind, and how to handle their anger and sadness healthily.

5. The New Adventures of Winnie the Pooh 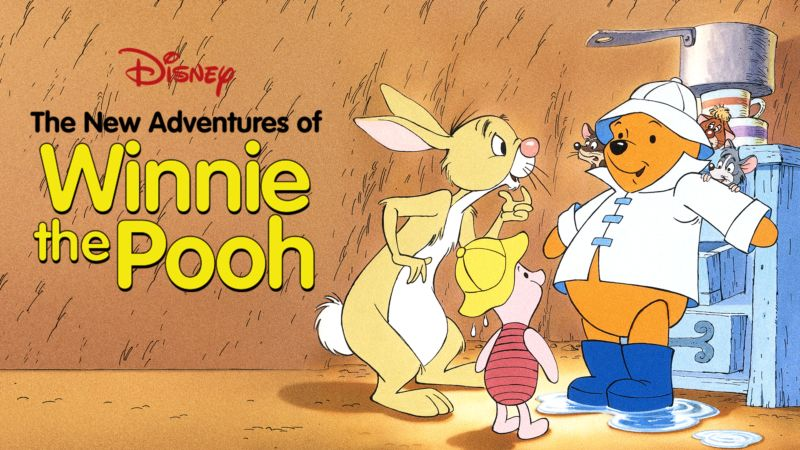 Where you can watch: Disney+

Based on the popular character Winnie the Pooh, this animated series follows the adventures of Pooh and his friends in the Hundred Acre Wood. Even though this is an older show, many children still really enjoy watching it because it's still cute, fun, and engaging. All 4 seasons are available to watch on Disney's streaming service. 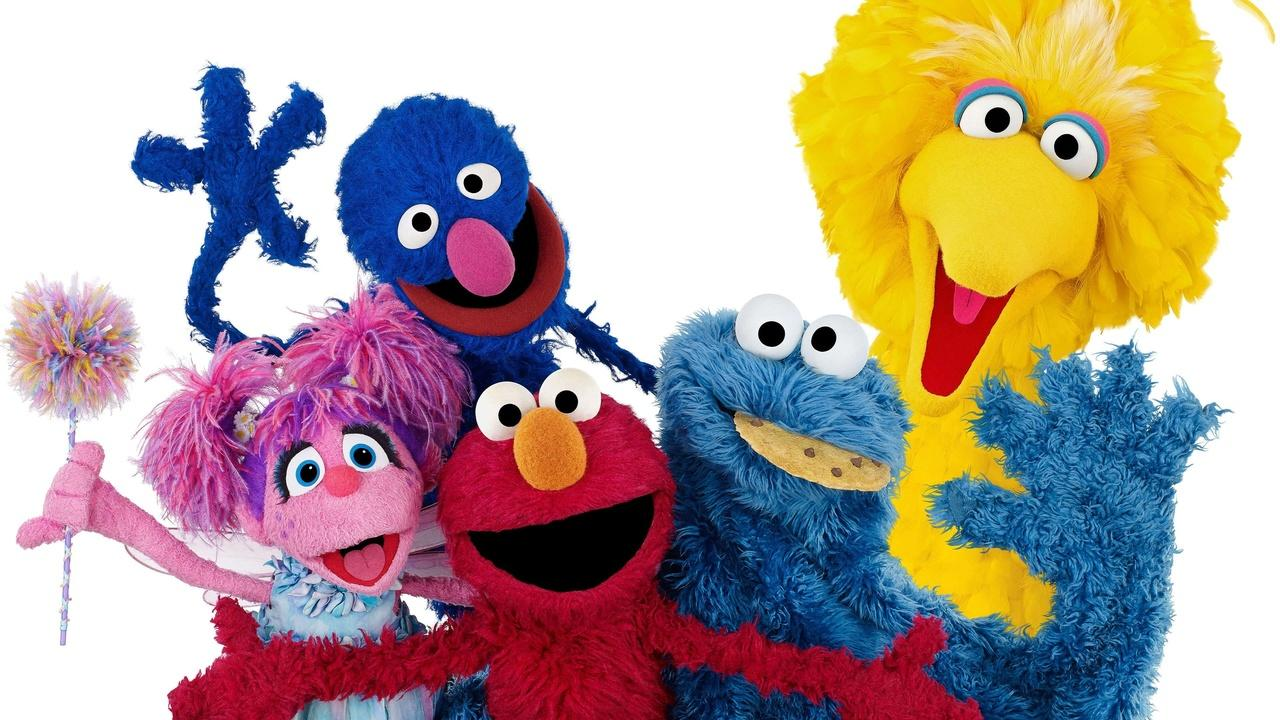 Where you can watch: PBS Kids, or stream on HBO Max

Even decades later, new episodes of Sesame street are still being made. This TV show has adapted over the years to keep up with relevant topics that are important for your little ones to learn. From making friends, overcoming shyness, to learning about homelessness and autism. It is one of the most informative, fun, and heart-warming shows out there that children and toddlers love to watch. Even parents too.

Little ones are full of questions about the world around them. The Storybots are characters whose mission is to provide kids with answers by traveling into the human world. Beep, Boop, Bo, Bing, and Bing are robots that take you on a fun adventure and end each episode with a catchy song and music video to answer life’s questions. Some are as simple as “Why can’t I eat dessert all the time?” 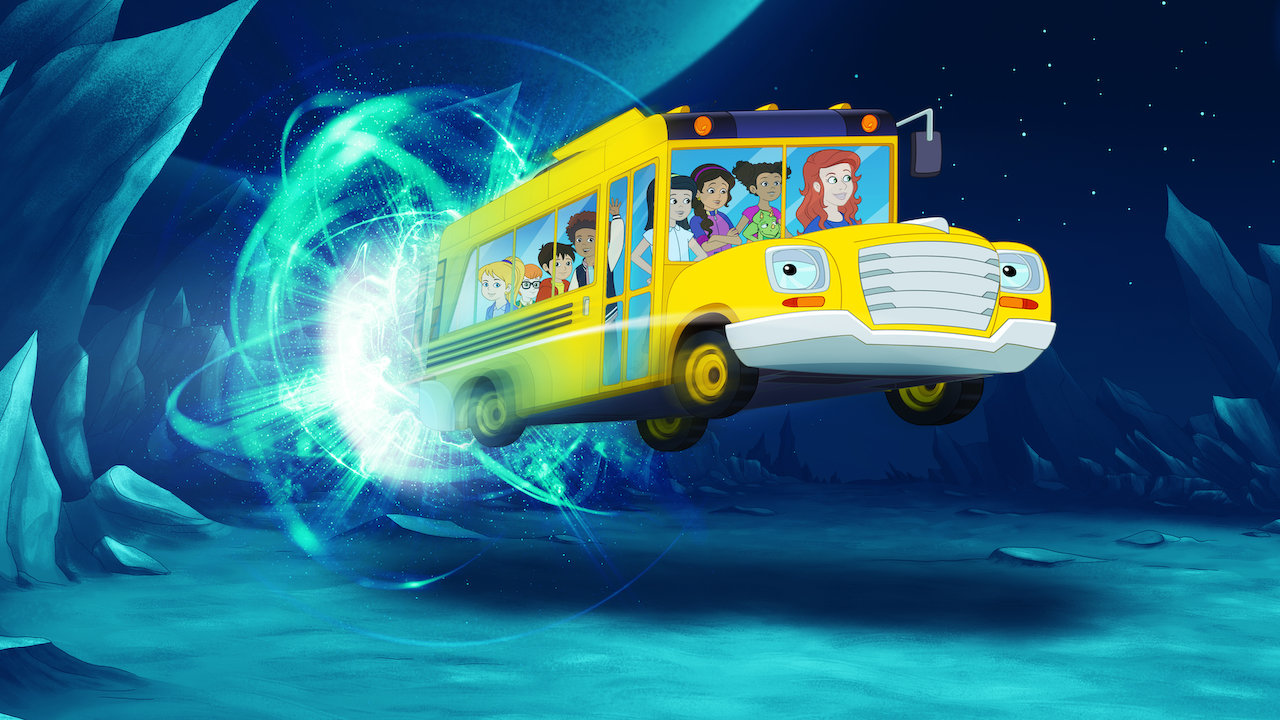 This series is a sequel to the classic Magic School Bus TV show many of us young adults have seen as kids. It takes you on science adventures with the quirky and lovable Miss Frizzle (who is the niece of the original schoolteacher all the 90s kids know and love) and her unforgettable magic bus. You will learn all about the human body, the environment, and so much more.

9. The Adventures of Paddington

Where you can watch: Nick Jr, or stream on Paramount+

This children's program was brought back in 2019 after being a family favorite in the late 90s. It follows an adorable British bear named Paddington as he navigates life and adventures with his new friends. He writes letters to his Aunt Lucy and talks about all of the new fun things he is learning about while living in London. 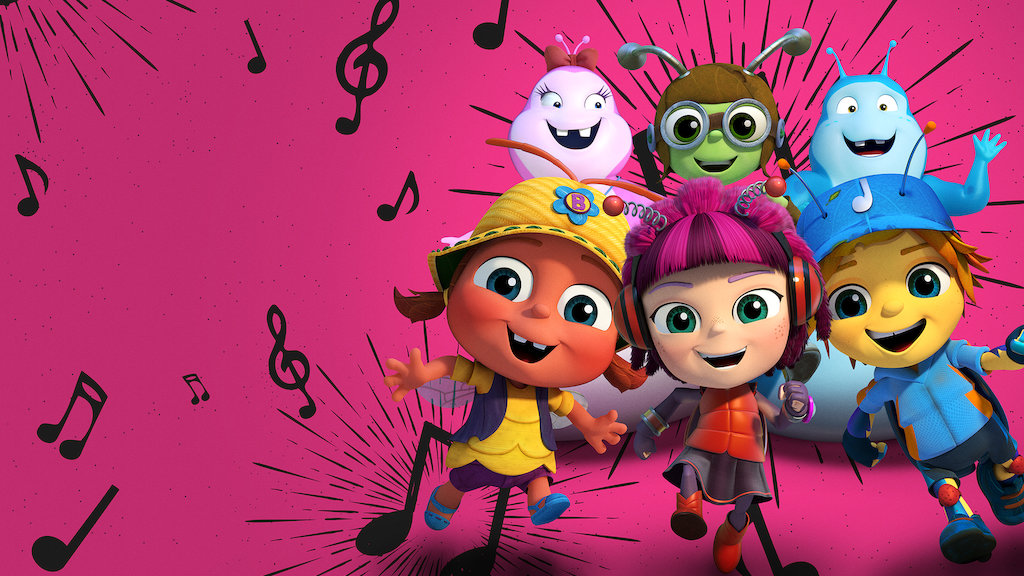 This TV show is all about 5 cute little bugs and the fun they have in their backyard. The part of this program that parents can jump on board with is that it features music from the popular band The Beatles. The theme song is their hit "All You Need is Love." So you can listen to familiar songs sung by adorable bug kids.

Where you can watch: BBC CBeebies, or stream on Netflix

Sarah and Duck is a TV show chock full of imagination. Sarah is a seven-year-old girl and Duck is her (you guessed it) duck companion and they live together. Every episode is a brand new day with fun adventures with new problems to solve and lessons to learn about friendship. 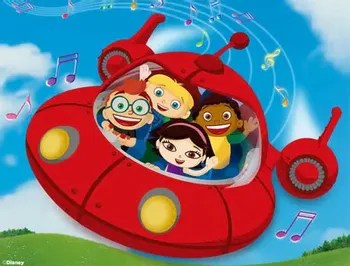 Where you can watch: Disney Junior, or stream on Disney+

This kids' show is very unique, fun, and educational. There is so much to discover in every episode with Leo, Annie, Quincy, and June. Follow these 4 preschoolers and learn about cultures from all over the world and several eras. Your little one will learn about famous artists, composers, and will go on a mission to solve an important problem. Plus, the theme song is catchy too.