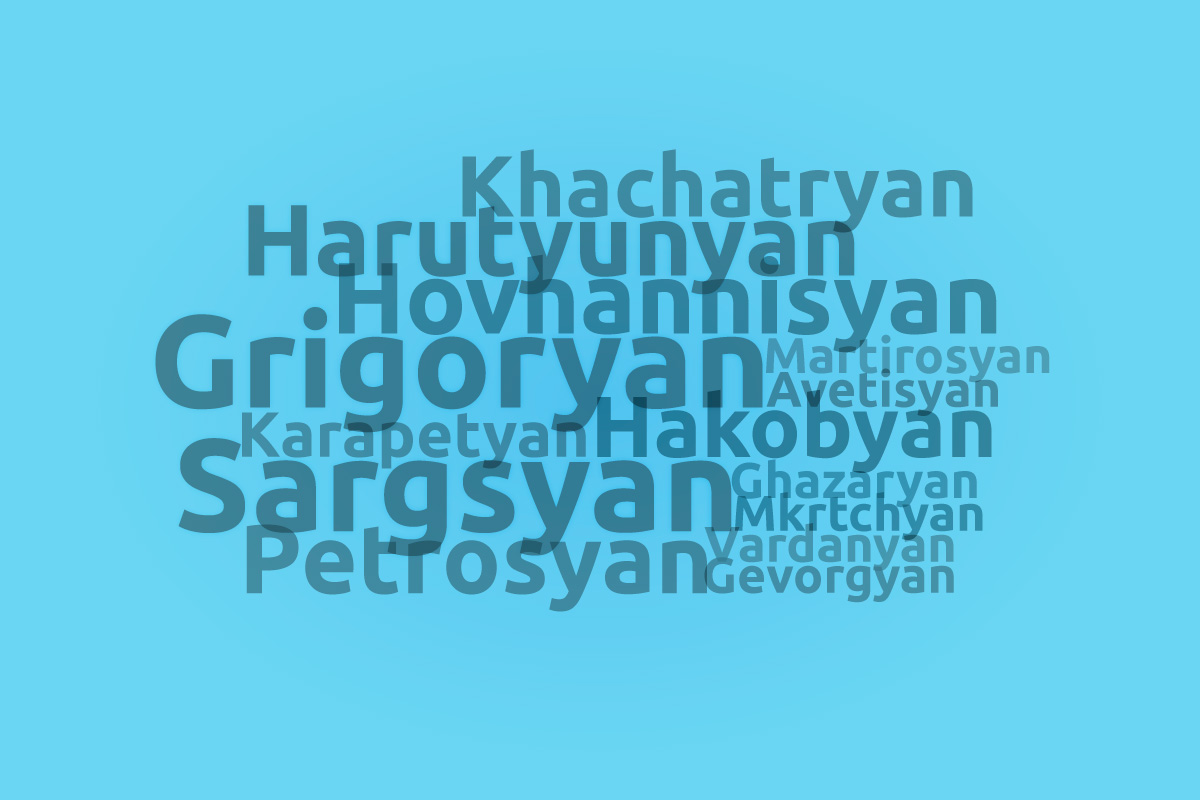 Armenia is a country that resides on the border of Asia and Europe. It borders Turkey, which explains some of the Turkish influence in many popular Armenian names. If you have Armenian heritage, there is a high probability you will find your last name below, especially if is a common Armenian last name.

The History of Armenian Surnames

Before Armenia grew into the large country full of culture it is today, it was full of very few and very small settlements. During this time, the Armenian people didn’t use last names. Instead, they would use a nickname to identify an individual and it was typically based on their occupation.

As the country grew into larger settlements and villages, surnames were developed to distinguish families. The root of Armenian surnames was that of a patriarch or ancestor, or really any prominent male figure of that family. A suffix would then be added to signify “son of” which is known as a patronymic suffix. The most commonly used suffixes are -yan and -ian. Sometimes -jan is used but it is much less common.