6 Symptoms of Pregnancy No One Tells You About

FamilyEducation Staff
Do you have any of these unusual symptoms of pregnancy? Don't worry, you're not alone.
Table of contents

You always hear about the big pregnancy symptoms, like common food cravings, mood swings, aching muscles, and nausea, but there are other, weirder symptoms that certain women can also suffer from. Talk to you doctor if you experience any of these peculiar, and sometimes alarming symptoms of pregnancy.

If there's ever a time to bump up your brushing routine, it's when you're pregnant. So says the University of Utah, who explains that an increase in estrogen levels during pregnancy can cause swollen and bleeding gums in up to 75 percent of pregnant women. You may see some bleeding when brushing and flossing, but that doesn't mean you should stop. Keep up a regular routine to keep your teeth and gums healthy. 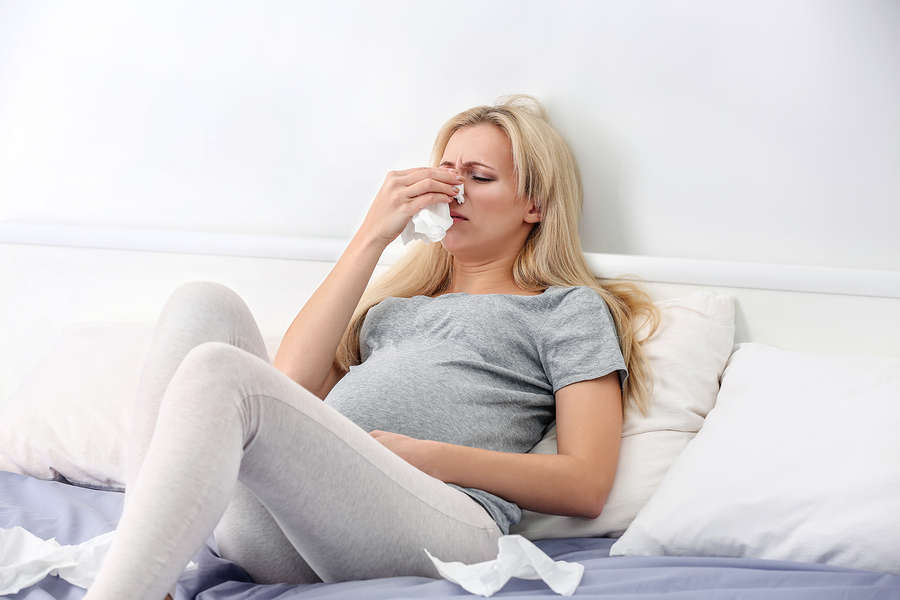 According to the Children's Hospital of Philadelphia, pregnant women sometimes experience nosebleeds. Since the lining of your respiratory tract takes in more blood during pregnancy, it becomes easier for your nose to become inflamed and stuffy. Couple that with an increase in overall blood volume, and you might need to stock up on tissues.

Sure, you might crave the usual pickles and ice cream, but some women crave a few non-food items during pregnancy, which is referred to as pica. The Mayo Clinic describes a bizarre craving for chewing certain substances, like clay, paper, soil and ice, which is sometimes associated with vitamin or mineral deficiencies. If you experience these types of non-food cravings, talk to your doctor.

Many pregnant women experience a little swelling now and then, but the Children's Hospital of Philadelphia suggests that more severe swelling can occur in some women and can indicate a condition called preeclampsia. Talk to your doctor right away if you notice sudden weight gain or swelling of the hands, feet or face that comes on rapidly.

If your mouth suddenly tastes like an old penny, you could have a pregnancy-related condition called dysegusia. According to the University of Utah, dysegusia takes place as a reaction to an increase in estrogen levels, and can cause a metallic taste in your mouth. They suggest sucking on a piece of citrus fruit, eating saltine crackers or chewing sugar-free gum, which can help reduce the bothersome taste.

Dark Patches on Your Face 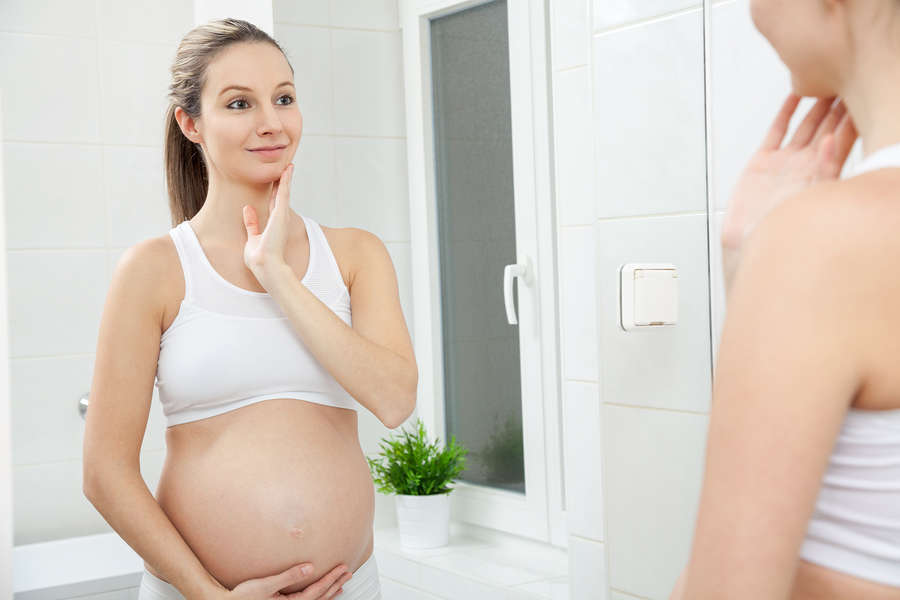 Your fluctuating hormones can not only cause a dark line down your abdomen and a darkening of the skin around your areola, but the University of Rochester Medical Center suggests that they can sometimes cause increased pigmentation in your face. This temporary pigmentation, called chloasma, is often referred to as the "mask of pregnancy," and can leave brown patches around your forehead, cheeks and chin that go away after delivery.

Carrying multiples can come with special symptoms of pregnancy. If you're pregnant with more than one baby, find out the signs and symptoms of multiple pregnancy.