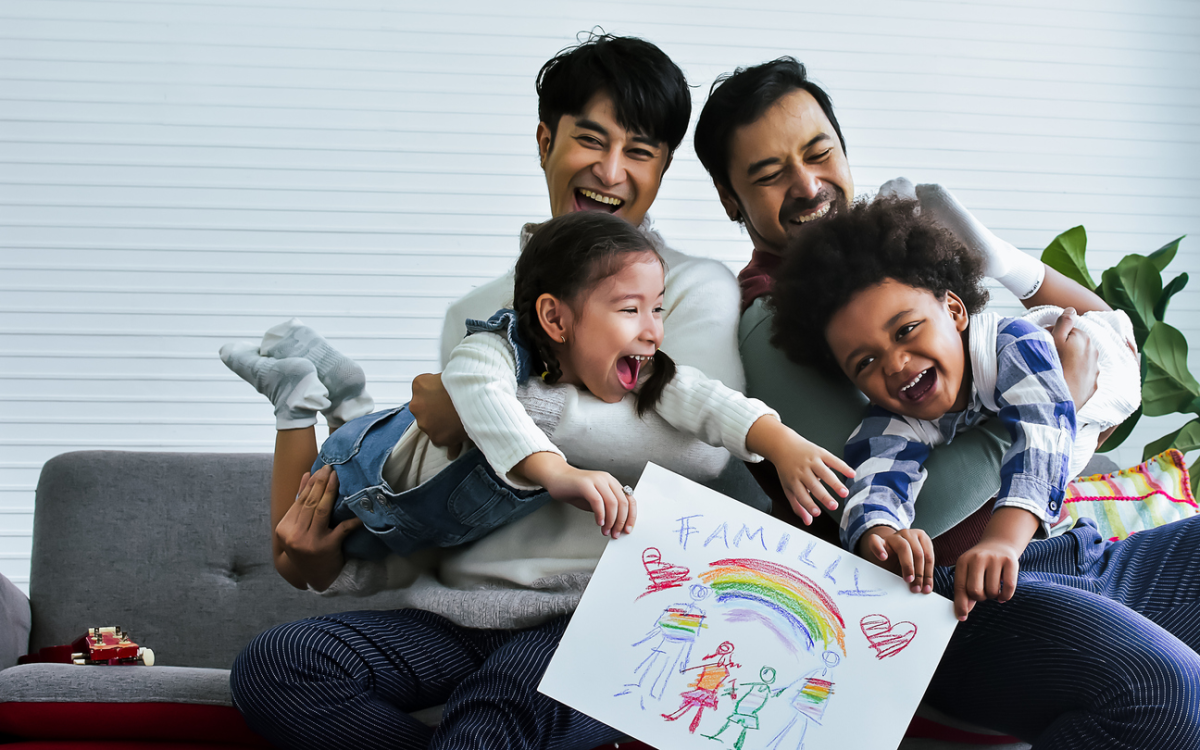 Talking to kids about their sexuality and gender identity is often difficult, but these tips will help parents have supportive and important conversations about gender and sexuality.
Dr. Chelsea Hetherington

Dr. Chelsea Hetherington (she/her) is a developmental psychologist, writer, coach, and consultant. She works to bridge the gap between research and practice by creating materials and resources that communicate the latest cutting-edge research for parents, caregivers, and practitioners.

Talking to kids about complex topics like gender identity and sexual orientation can feel overwhelming. As a parent or caregiver, you might feel unsure how to answer questions that your child might have, fear saying the “wrong” thing, or even feel embarrassed to broach the topic.

Rest assured, all of these feelings are completely normal. Still, these are important conversations to have with your children, regardless of whether your child is part of the LGBTQ+ community or not. Having these conversations can help support the mental health and well-being of young people who are members of the LGBT+ community.

If you want to talk to your child about gender identity and sexual orientation but aren’t sure how to start or what language to use, read on below.

The Dos and Don'ts of Discussing LGBTQ+ Issues with Children

If you aren’t a member of the LGBTQ community, there may be many terms and topics that you yourself are unfamiliar with. Don’t be afraid to educate yourself through reading, watching educational videos, or talking to LGBTQ+ people in your family or community.

Here are some common terms and topics that will be helpful for you to know:

Don't be afraid to start the conversation

Create teachable moments with your child and ask them open-ended questions. You can start the conversation at any time, whether driving in the car, at the dinner table, or throughout the day. Ask your child open-ended questions to better understand what they know and think about LGBTQ+ issues (see below for specific prompts and talking points).

You can also start conversations with your child about things they see on TV, in books, or out in the world. Talk positively about all of the diversity that you and your child observe as you go about the world, and answer your child’s questions to the best that you’re able to.

Do use language intentionally

Gendered language is all around us in ways we might not even realize. Phrases like “boys will be boys” and “acting ladylike” can reinforce gender roles in ways that create rigidity of gender expression. You can also do this by avoiding gendered descriptors when possible, such as saying “firefighter” instead of “fireman” or “letter carrier” instead of “mail man.”

Don't assume your child is straight and cisgender

Given the fact that about 7% of the population identifies as LGBTQ+, and numbers are even higher among younger generations, there is a chance that your child might grow up to be a member of the LGBTQ+ community.

Avoid using language that assumes your child’s gender identity and sexual orientation. Remain open to whoever your child might be when they grow up.

Do believe what your child tells you

If your child comes out to you, tell them that you love them and will support them. Also, consider seeking support groups or resources through organizations like PFLAG.

Regardless of your child’s age, you want to approach discussing LGBTQ+ topics in ways that are age-appropriate. Here are some talking points you can use depending on your child’s age.

No matter your child’s age or identity, what’s most important is that they know you support them, always. All kids need to know that they can come to their parents with new questions and share the important parts of their lives. Kids should feel secure that no matter how they define themselves, you will continue listen to them, to learn, and to love them.