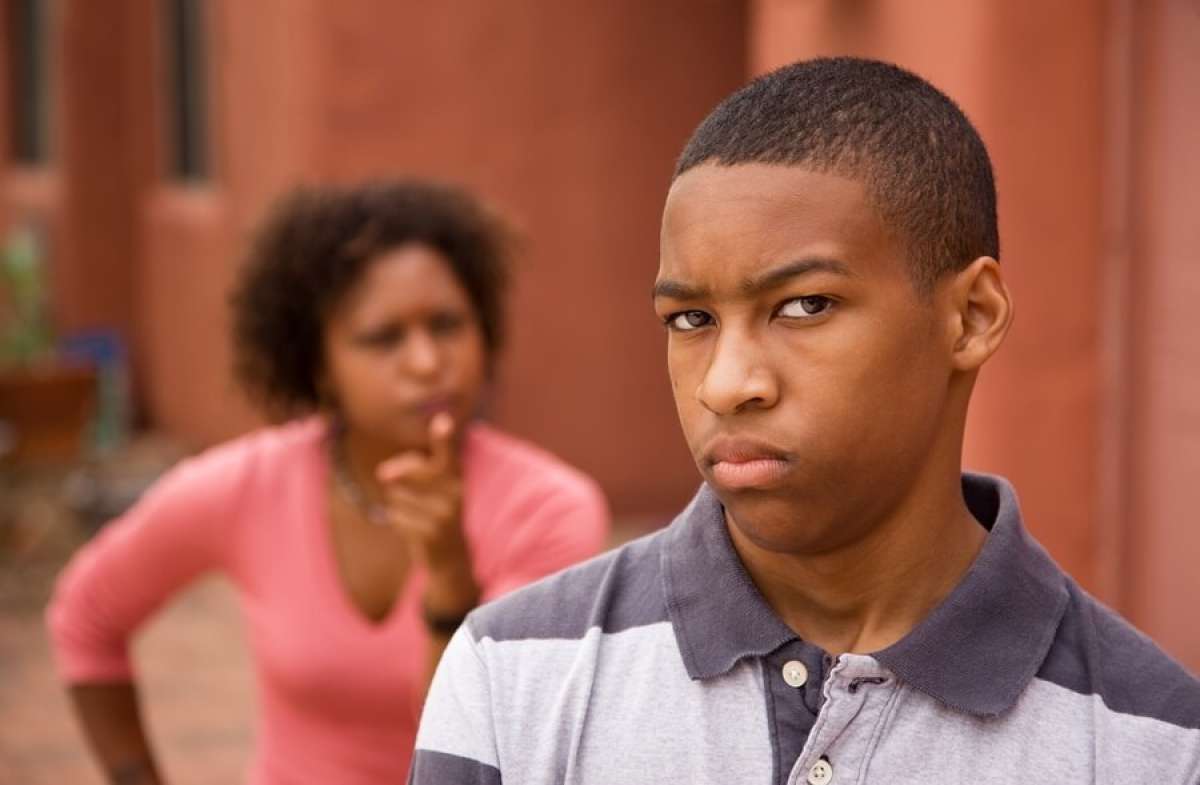 6 Tips for Dealing With Your Teen's 'Tude

Knowing how to handle the teen attitude is all part of helping your adolescent become a successful adult. Here are six tips for surviving the 'tude.
FamilyEducation Staff

It seems to strike out of nowhere: One day you ask your normally sweet, friendly child to hang up her coat when she gets in from school, and any other day she would have done so, but today she responds with a massive eyeroll (where did she learn eyerolling?) and shouts, "Leave me alone. I just got in the door!" Teen attitude has arrived. And it's here to stay — for a little while, at least. Knowing how to handle the teen 'tude is all part of helping your adolescent become a successful adult. It's time to gear up — you're (both) in this for the long haul. Here are six tips for managing your teen's attitude.

Easier said than done, yes, but try to keep your cool when your teen turns up the 'tude. If your teen sees you reacting with screaming and shouting, you can pretty much guarantee that's what you'll get in return from him. Wait until you're feeling calm enough to address the issue, but also give your teen time to cool down as well. If he needs some time alone to calm down, give him some space, but don't give up. Wait until you're both ready to talk without raising your voices, then work through the problem together.

It's also just as important to listen when you're not on the verge of a meltdown. The teen years are when your child will start asserting his independence from you more and more, so you should appreciate the time you do have together as a family and try to schedule the occasional one-on-one time with your teen. Don't push or probe them with questions, but be there to listen if they need to talk, even if it's about their new favorite video game or favorite band. Already feel like you never see your teen anymore? Consider starting a Family Night, where one night a week, everyone is home, device-free, and spends time together.

First of all, don't start to second-guess your parenting ability or how you brought them up when the backtalk begins. Remember that you've raised them right. They're just becoming teenagers. These battles are normal and par for the course as your teen navigates her way to independence.

But that said, remember that you're the parent, and you're in charge. Let your teen know that using a "tone" with you is unacceptable. It can be tempting to try to keep the peace by being your child's "best friend," but what she really needs now is a parent. Maintain your authority — she's looking to you and your reactions to guide her through this stage (even if she doesn't know it).

Be there to listen when your teen needs to talk. Photo Source: Pixaby/bngdesigns

Let's face it — you can't fight every single instance of teen attitude that creeps up or your life will be a nonstop battle. And that's exhausting for both you and your teen. Figure out what you'll let slide vs. what is unacceptable. Maybe you'll overlook the eyerolling but draw the line at his raising his voice or shouting. Or maybe you'll let him complain about things you ask him to do, but any insults directed at you are not going to be tolerated. Wherever the line is for you, be consistent

As the parent, you have to stand firm and enforce consequences when rules are broken. If you back down and only enforce the rules sometimes, their behavior will only get worse as they get older and test their limits more. When it becomes necessary to punish your teen, let her know that it's because you love her and you're concerned for her well-being. Grounding as a form of punishment is not usually very effective and can be difficult to enforce. Instead, apply reason and rationale to any punishment you give out. If she lied about being at the library when she was at a friend's house, perhaps she cannot visit that friend's house for a period of time.

5. Teach Them That Respect Works Both Ways

One of the best ways to teach respect is to model it by respecting your teen. Show him that respect works both ways — if you make a mistake, let him know and apologize. Conversely, let him know when he's hurt or upset you, too. Let him know what about his behavior upset you. Your teen wants his individuality respected, and you can show that you respect him while also making it clear that disrespect for anyone is not tolerated in your house.

6. Tell Them You Love Them

Let your teen know when her behavior does make you happy. Is she doing well in school, holding down a part-time job, or babysitting a younger sibling? Let her know that you see how hard she's working and that you appreciate her. Take the 'tude-free times to remind her that you love her no matter what. Yeah, she may roll her eyes or call you corny, but deep down she'll appreciate it (and remember it).

Teen 'tude is something every parent and teen faces at some point. You probably have vivid memories of some flare-ups with your own parents when you were the rebellious teenager. But, if you keep your cool, establish clear and consistent boundaries as a parent, and remind yourself that this is just a phase, you and your teen will get through this together.