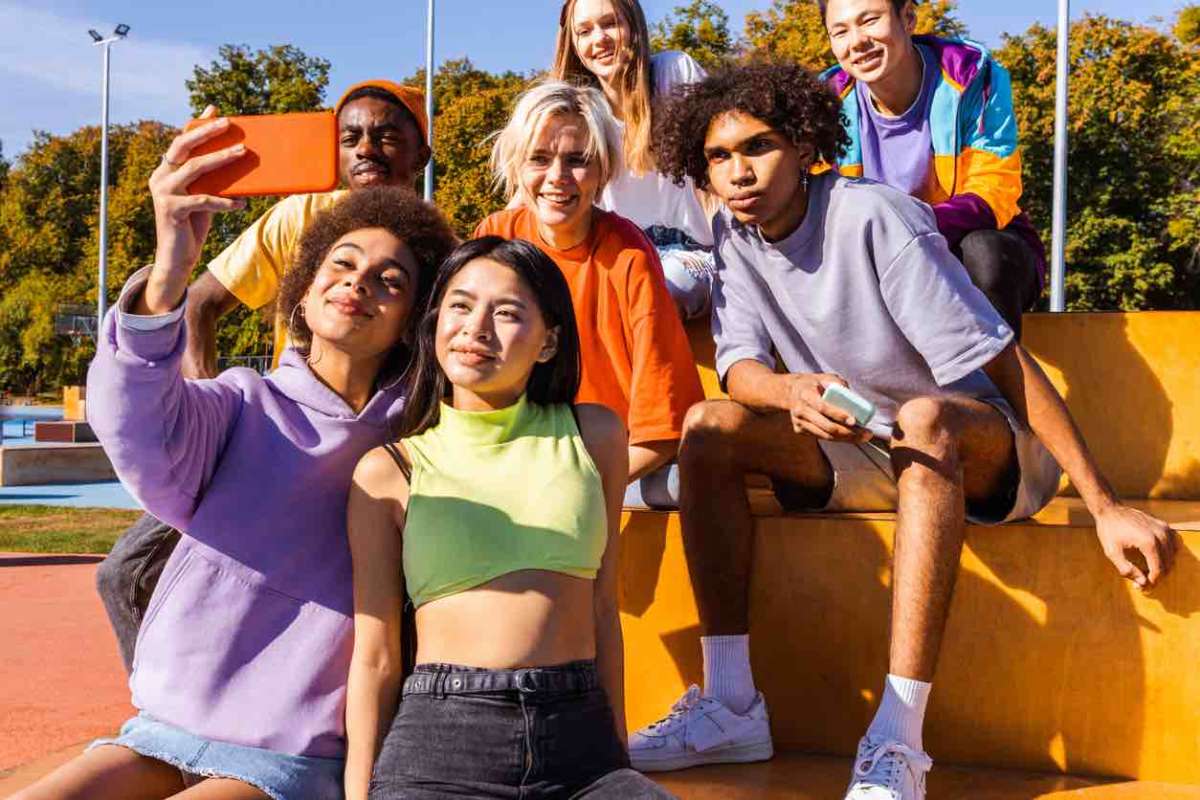 Why is Gen Z's humor so weird? The impact of social media and why Gen Z, millennials and Boomers find different things funny.
L. Elizabeth Forry

For those older than 25, Gen Z humor is just weird. Often characterized by a dark/cynical sense of humor, total absurdity, and constantly evolving meme culture, Gen Z often sounds like they’re speaking their own language.

From memes to Tik Tok, there are a lot of older generations who have some trouble understanding what they’re even laughing about. So, what exactly makes this generation radically different from Boomers, Generation X, and even some millennials? Let’s talk more about their dark humor and how that’s influenced by current events and the internet.

Generation Z is one of the first generations born in the age of technology. This is part of the reason why their upbringing is vastly different compared to previous generations like Baby Boomers and even their millennial predecessors.

TikTok has exploded since it was released, and along with it are some viral memes and trends. Many are lighthearted and funny while others dig at more serious topics. Some examples are mental health, childhood trauma, and world events. Gen Z uses humor to cope with things that are having negative impacts on their lives.

The gentleminions have arrived 😎

The fun of TikTok trends is that they’re short and constantly changing. What’s viral one week won’t be the next so it’s hard to keep up. This isn’t the mid 2010s when a couple of viral trends like “Gangam Style” or “What Does the Fox Say” had an absolute chokehold on everyone from your 8th grade teacher to your great aunt for months at a time. A new dance, prank, saying, or fashion trend crops up every moment.

The wide availability of the internet also means that people find niche spaces and interests a lot easier and everyone isn’t listening to just one song or watching one show. Gen Z obsessions are widespread, chaotic, and always evolving. So one week, a group of teens is obsessed with bucketheats and E-boy streetwear and the next week they’re all  wearing tuxedos to the new Minions movie.

The best advice for parents Don’t get too hung up on whatever your teen is obsessed with that day and try to go all-in on redecorating their room. Likely, they’re new favorite joke or show will be different tomorrow anyways.

A big part of this generation that many older people don’t really understand is slang. There are so many Gen Z slang words and phrases that even millennials aren’t getting even though they aren’t much older than the Gen Z kids. Below are some examples that are trending right now along with their meaning so you can start to decode your children’s lingo.

“Stan” - An over-obsessive fan of a celebrity

“Finna” - Getting ready to do something

Unfortunately, Gen Z has also witnessed some life-changing events that some of us older folk don’t really get. Yes, we are all amid the pandemic but it is no secret that it is tough on the younger generation as well, more specifically their mental health since most of them are still in school.

Not to mention the rise in school shootings, climate change, and the financial crises going on in the United States. So, it makes sense to most that young people have had enough of the ways of older people.

There are some parts of the dark comedy of Gen Z that is just not funny. Since this generation is the first to be born into the fully developed world of the internet, they use it for just about everything.

Recently, there have been some dark viral videos that have gone around and they influence high schoolers more than any others. This includes pranks and in some cases, sick jokes.

Some examples are; labeling “the quiet kid” as one is more likely to commit a school shooting, people dying during the pandemic, holding your breath until you pass out, and school vandalism.

While this response makes sense, kids can also go to far, so it’s good to set boundaries for when and where these things are appropriate. Blowing off steam with friends is one thing, but kids need to understand that these dark jokes make people uncomfortable at school or in the workplace. If you’re actually worried about your teen’s mental health and dark humor, talk to them and seek out the help of a mental health professional or therapist.

Absurdity and Being "Unfunny" on Purpose

Another rising trend in Gen Z humor vs past trends is that often the jokes and memes that get the biggest reactions are completely unremarkable or seem totally meaningless? For example, there are popular YouTube videos of people literally just screaming a word over and over again for hours, or whatever this is.

So what’s the deal? Are we just old if we don’t get it? Well, sort of. With the trend cycles speeding up on social media, an original joke tends to get replayed, recycled, and tweaked so many times that it goes from funny to not funny to funny again way faster than previous generations.

You ever have an old inside joke with your friends that you can’t even remember how it started? Maybe one typo or movie was funny to you ten years ago, and now it’s just inherently funny? It’s like that, but on hyper-speed. The original humor in the thing is lost but now it’s just funny because it is.

Millennials are adults now, and their humor greatly differs from Gen z. They make jokes about being an adult and pick on the boomer generation because of their lack of experience in technology. Millennials are also very stuck in the past. They often reminisce and poke fun about growing up in the 90s, but also wonder when pop culture changed so much.

Technology has also advanced greatly in the last decade alone. Going from VHS tapes and boomboxes to smart TVs and literally, everything now is wireless and Bluetooth enabled. Millennials use this as ammo to laugh at themselves and how different their upbringing was compared to Gen Z.

Gen Z was born in the early 2000s and is a completely different world compared to millennials. They are very much into religiously using social media apps and influence the younger generation to aspire to be YouTubers or have careers in the social media field.

Gen Z humor is ever-changing and it can sometimes be hard to keep up with what they find funny these days. If you’re late to a meme or a trend, you’re often considered “cheugy” for not being on their level.

The biggest takeaway that you can get from the dark humor is that many use it as a coping mechanism. They use jokes and funny TikTok videos and Youtube videos as an outlet to get through hardships.

It’s no secret that the economy is in shambles and COVID-19 has ripped through and torn apart families. That can be tough to swallow for a high school student. This is why many kids turn to social media as an escape. A lot of their “comedy” comes from a place of trauma.

Another important thing to remember is that trends are always changing. Something can go viral one minute, and the next they have moved on to something new. It’s very fast-paced. Plus, almost anything can go viral. It doesn't have to be something current, it can be from years ago.

A great example is the hit series Stranger Things on Netflix. The song “Running up that Hill” by Kate Bush is extremely popular and is used as a sound for many Tiktok videos. This is even though it was first released in 1985.

Bonding with Your Gen Z Child

If your child is a Zoomer, you are likely wondering how you can relate to them. The truth is that you don’t have to try as hard as you think. Even though you grew up during different times, you can likely relate that it can be tough being a teenager or a young adult.

Many people see this generation as entitled and often overlook some of the deeper problems they face. Be a safe space for your child and help them cope with their hardships healthily.