FamilyEducation Staff
Is your teen ready for her driver's license? Before she gets behind the wheel, teach her these five driving lessons for teens that she likely won't learn in driver's ed.
Table of contents

Remember driver's ed from those days of yore? The essentials you learned have likely carried over into your everyday adult life—executing a three-point turn, parallel parking, and knowing who has the right of way at a four-way stop. But, what about those behind-the-wheel scenarios they don’t teach you?

Though mandatory driving classes provide important information, they also leave out some vital lessons that ought to be shared with your teen. From anti-lock braking systems to handling peer pressure, here are five core driving tips that your youngster likely won’t learn in the classroom

Brake Hard in an Emergency 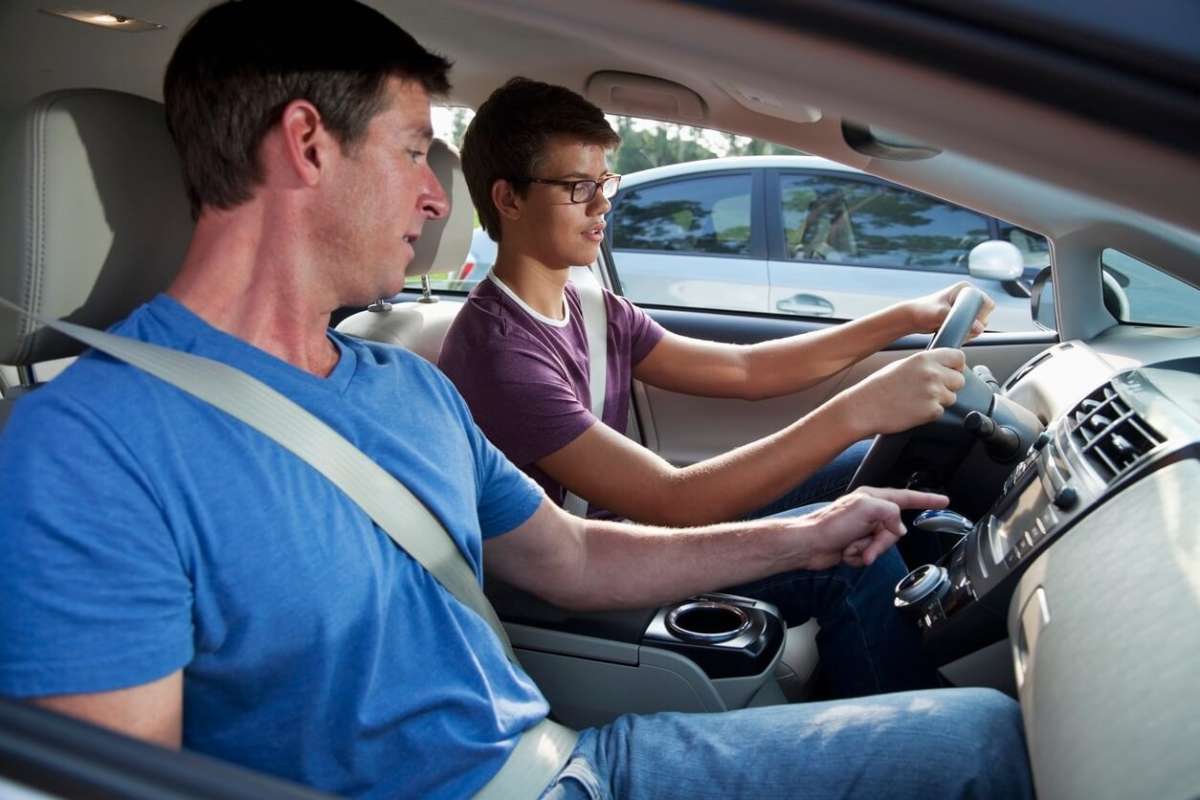 Newer vehicles are typically equipped with anti-lock brake systems (ABS), which are designed to prevent the car’s wheels from locking up during moments of extreme braking so that it doesn’t skid out of control. Unlike vehicles without ABS, these brakes should never be pumped. When an emergency calls for it, tell your kid to focus on braking hard, and while the pedal might vibrate or feel like it’s “fighting back,” the car is not being harmed—in fact, all of that grinding and pulsating means the ABS is working.

One way to get your child used to the feel of the ABS is by having them drive the car slowly in an area with no people or traffic and lay hard on the brakes. That way the unnerving response from the brake pedal won’t come as a surprise in a stressful situation.

A dash of distrust and paranoia on the road can do much in the way of safety. This isn’t to say that your young driver should be instilled with morbid fear and hysteria. Rather, it’s simply a mode of driving in which you don’t put fate in the hands of other drivers.

Your teen will probably be taught to keep his or her eyes busy and scan as far down the road as they can see. But it’ll also do them service to be on the lookout for telltale signs of accidents waiting to happen. Whether it’s precariously loaded truck beds, drivers drifting in and out of lanes, or the all-too-common texting behind the wheel, stress the importance of avoiding wayward vehicles (and drivers) at all costs. 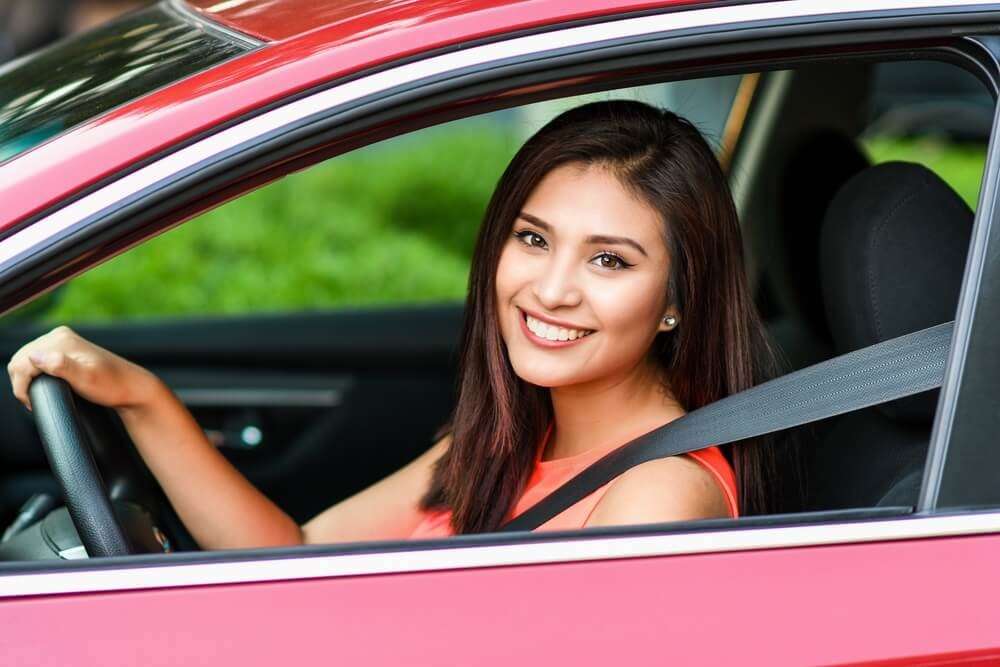 Overcorrecting is what happens when a driver jerks the steering wheel in reaction to a sudden event, like hitting a patch of black ice, another vehicle drifting into their lane, or getting distracted and drifting onto the rumble strips. As a result, the vehicle is thrown into an uncontrollable spin, causing it to skid across other lanes, crash into a median, or roll over. Overcorrecting is common among teenage drivers and a major contributor to motor vehicle accidents.

As a seasoned driver, you likely know to honk your horn, properly work the brakes, and maintain control of the steering wheel during unexpected road conditions. So, impress upon your teen the importance of staying cool, calm, and focused. Instead of jerking the vehicle back onto the road, stabilize the steering wheel, look in the direction you want to go, correctly position the car, take your foot off the gas and brake, and carefully maneuver into the proper lane.

Get to Know the Car

Manual gearboxes vary in shift patterns. SUVs and pickups are given to sway in high winds. Some brakes respond quickly, others need a heavier foot. Some gas pedals need to be floored to safely merge onto the freeway; others accelerate smoothly and evenly. Your teen’s performance behind the wheel is ultimately bound by their knowledge of its particular design and temperament. So before they take off in their new ride, make sure they first become familiar with all of its components and personality. 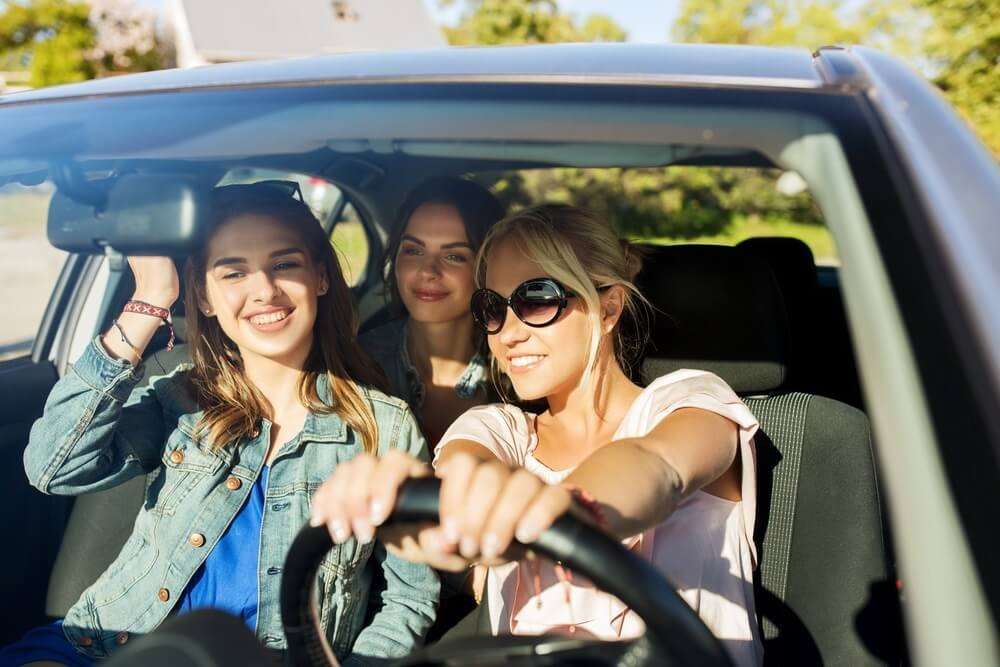 It may come as no surprise that studies show teen driving fatalities are more likely to occur when their peers are in the car with them. What’s more, the risk increases with each additional teen passenger.

Having multiple friends in the car inevitably means more distractions, which contributes to risky, thrill-seeking behavior—especially among male drivers. According to the Centers for Disease Control and Prevention, young male drivers with teen passengers had twice as many motor vehicle deaths than their female counterparts in 2014.

That said, it may be wise to establish your own set of driving rules—for instance, limiting the number of passengers they’re allowed at one time. If need be, increase the learner’s permit phase from the typical six months to a year. Depending on their development behind the wheel, you can extend or restrict driving privileges accordingly.

Remember, this is a time to have a true heart-to-heart with your kid. And as entrenched in coolness as they might be, you as a parent are nonetheless a powerful role model in their life—so lead by example. Refrain from swerving in and out of lanes, texting behind the wheel, exhibiting fits of road rage or testing the limits of the speedometer. After all, parents are obligated (morally and legally) to help their kids grow, and teaching them responsibility behind the wheel is among the most crucial areas of development.

Mark Simmonds is the managing director and chief product officer at Esurance with over 20 years of insurance industry experience. His wide variety of expertise in many areas of the business and his role as the father of two teenagers help inform his writing.