Recess at School and at Home: Creating the Right Kind of Downtime

FamilyEducation Staff
Recess at school is a hot topic worldwide, with some schools increasing recess time (with amazing results!), and other schools cutting it out altogether.

Whether you recall your school days fondly or relive them in nightmares, recess at school surely played a memorable role in your own childhood. Today's public school recess bears little resemblance to the free-for-all playground time most of us experienced back in the days before the new millennium, however. Some schools are increasing the amount of time kids get for unstructured play while others have reduced recess to 15 minutes (or cut it out entirely!) due to safety concerns or budget cuts.

Professor Peter Gray writes and lectures about the power of play and unscheduled downtime and recess for children. He recalls how the concept of play has changed over the years.

"When I was a kid in the 1950s, we would play in the woods and wrestle in the snow and we had time to do it. We had half an hour in the morning, half an hour in the afternoon, and a full hour at lunch. We were never inside for more than an hour at a time. It really was free play."

Now, a visit to schools in Boston finds just 15 minutes of recess -- barely enough time to get a game started before it's time to head inside. In a small public school in Vermont, Professor Gray observed recess where children aren't allowed to play tag or pretend to be video game characters, among other restrictions, which he feels isn't really play at all.

"There is a tendency these days to control everything about children – that tendency to control has taken over in recess. It spoils it in terms of any real play."

Other schools around the nation have taken an opposite approach with recess at school. The Palos Verdes Peninsula School District in Los Angeles has actually increased the time for kids to get outside, get creative, and blow off some steam in an unstructured way, starting before the school day even begins. "This is a perfect time for socialization and friends to be together for a brief time before lining up to go to class when the bell rings." Multi-grade recesses are paired with a midday snack as well as with lunch, and teachers are encouraged to take breaks and head outdoors when they can during the day. "We often take a break from studying by running a lap or completing some exercises for a few minutes," explains Jodi Pastell, Principal at Montemalaga Elementary School in Palos Verdes Estates, California.

Recess Before Lunch: A Growing Trend

Ms. Pastell would like to see the school take even more advantage of the power of recess.

"Lunch-recess is 45 minutes. Instead of having the students eat first and then playing, I would like to try having students play first and then eat the last 15 minutes of the lunch period. Perhaps more students would complete their lunches since they would not be in a hurry to go play."

A 2006 study in the Journal of Child Nutrition & Management revealed that not only do children eat more and waste less food when they play before they eat, they also consume healthier calories, have fewer behavioral problems, and return to class ready to learn. 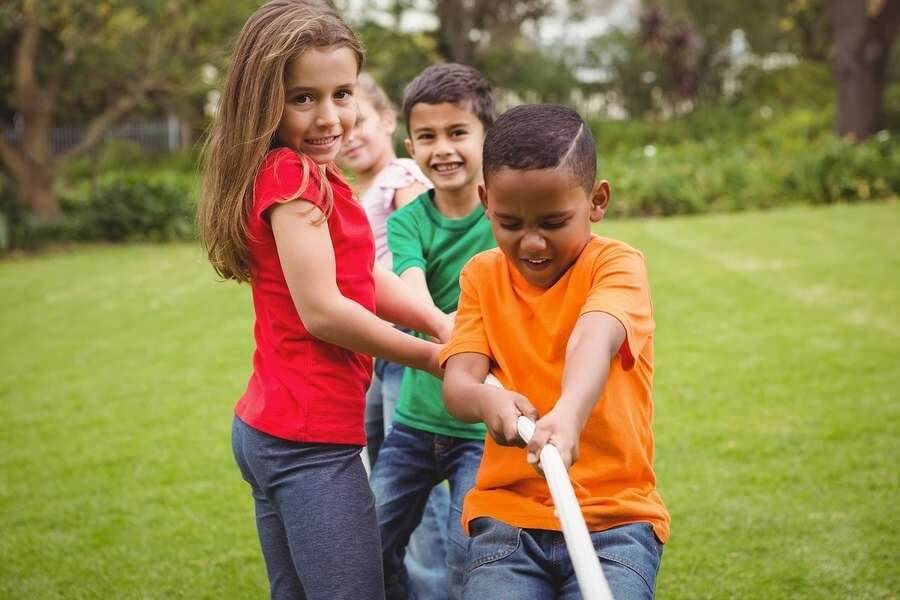 "Kids aren't designed to sit and do worksheets," Professor Gray points out. "If we are going to insist that children do all this seat work, compassion tells us that we should at least be giving them a 15-minute break every hour. We would have far fewer diagnoses of ADHD."

Professor Gray has studied play across the globe and has found that the more time kids have to play and explore, the happier, more well-adjusted, and more skilled they are at problem-solving and cooperation. Although the school system requires kids to sit still long enough to absorb the required curriculum, some schools build in some play time every hour. "In Japan and other East Asian schools, kids go 45 minutes in their seats and 15 minutes at recess each hour. That shows some compassion for kids who spend more time sitting when they really shouldn't be."

Most adults fear that left alone, children would turn the playground into a Lord of the Flies free-for-all. However, left to their own devices, most of the time kids will experiment, take risks, explore, and learn to resolve conflicts on their own. The goal is to provide supervised play that allows adults to be present without actually being involved. This creates a safe environment that is conducive to letting kids learn from each other and find joy in collaborative play instead of responding to adult rules and restrictions.

Many schools provide after school care where adults are trained to assist when necessary and then get out of the way.

"In the UK and other places in Europe, they deliberately learn how to be there in case there is an emergency and get out equipment, but not intervene," Professor Gray explains. "The adults learn how to distinguish between a real need to intervene and a perceived need to intervene. How to let kids squabble and work out conflicts."

The results are not that surprising. Child's play is, after all, the most natural thing in the world, and for kids, play is serious business. The playground is a place where they can act out their fantasies, test their limits and learn to get along with their peers. When adults leave kids to do their thing without putting a grownup filter on top of their play, they can resolve their own conflicts and get a sense of their own personal efficacy. Free to play, kids are free to become more confident, master conflict resolution, collaborate, and learn from each other to become better, more-well-rounded human beings.

Maybe adults could benefit from a little recess now and then, come to think of it!