You are 8 Weeks and 2 Days Pregnant 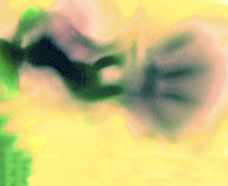 The baby's hands (seen here) and feet are gradually developing and they are formed of cartilage, not bone at this early stage. In the center left, the fused rays of the hand plate that will become the fingers can be seen. The ribs are in the background.
Who will your baby look like? His unique facial features are beginning to take shape this week.

If you were to have an ultrasound scan this week, it would be possible to recognize several of your baby's facial features.

His eyelids fuse and will remain closed until around the 26th week. The lips have already formed and with the surrounding skin will have the greatest concentration of nerves. The muscular tongue arises from the base of your baby's mouth, but it will be two weeks before the first taste buds appear. The hard palate that forms the roof of the mouth arises from two "shelves" that start to grow, one each side, beneath the tongue; these shelves will lift upward to connect horizontally, allowing the tongue to drop down in to the mouth. Once they have joined together, the septum of the nose grows downward to meet them.

Your baby's tiny tooth buds are in place and this is critical to adequate jaw development. One branch of tooth buds will form the first milk teeth and a separate branch will eventually form the permanent teeth. The milk teeth develop slowly and it will not be until the six month of pregnancy that they acquire their hard enamel coating.

The embryo is still very curled up, with the head resting on the chest. Over the next two weeks as the jaw and neck grow, the head will gradually lift.

Having immunity against common infectious illnesses will protect your unborn baby. You may have natural immunity from having conditions such as chicken pox and fifth disease as a child. You will almost certainly have been vaccinated against mumps and measles, so your unborn baby will be protected from these.

If you are unsure about your immunity or medical history, or think you may have been in contact with any of these infections, contact your doctor immediately for further advice. He or she will be able to do a checkup and provide reassurance. 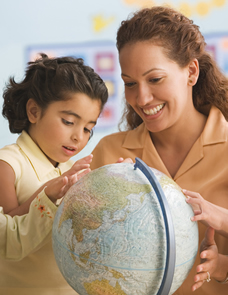 If you are in regular contact with young children while you're pregnant, it's even more important that you check your immunity to childhood illnesses.

I work for a dry cleaner. Could the chemicals harm my unborn baby?

Talk to your employer to find out how your duties can be changed for the duration of your pregnancy to limit your contact with organic solvents and industrial chemicals.