You are 2 Weeks and 6 Days Pregnant 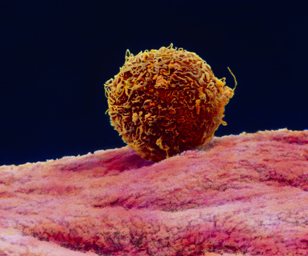 The blastocyst prepares to embed itself in the lining of the uterus-the endometrium. Once it is completely implanted-usually around seven days after fertilization-the pregnancy will become established.

Your reproductive organs undergo complex processes that will enable your body to maintain the pregnancy.

If you have conceived, the ball of cells known as the blastocyst that will eventually form the fetus will now be preparing to embed in the lining of your uterus, and the placenta will be starting to form.

Before this happens, however, there is another important change going on. After you ovulate, the empty ovarian follicle develops into a structure called the corpus luteum (which means, literally, "yellow body"). This small, fluid-filled sac becomes increasingly "vascular," developing blood vessels and beginning to produce the hormone progesterone. This is required to create mucus to allow your fertilized egg to survive, and build up the lining of your uterus, in which the blastocyst will soon imbed (see You are 3 Weeks Exactly).

The corpus luteum also produces a little estrogen. By about 8-12 weeks of pregnancy, your placenta will take over the production of progesterone, but the corpus luteum continues to play a small role in hormone production until about six months, when it usually shrinks away.

Should I stop taking medication in case I've conceived?

Many medicines are safe to take, but some are not, or have not been fully evaluated. This last group includes many antihistamines for allergies, over-the-counter sleeping pills, and many analgesics.

If you've accidentally taken an over-the-counter remedy that's not considered appropriate for use in pregnancy, you're unlikely to have done any harm with just one dose. However, seek medical advice if you're concerned.

If you need to continue using a medicine in pregnancy, ask if it's safe to do so. While pharmacists are well-informed on all medicines, your doctor is the best person to consult on prescription-only drugs. 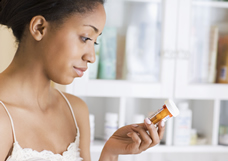 The miracle of conception

When you consider the multitude of events that have to fall neatly into place before a baby is conceived, it's hard to believe that anyone can become pregnant. No wonder they talk about the miracle of life!

To become pregnant the following have to happen: