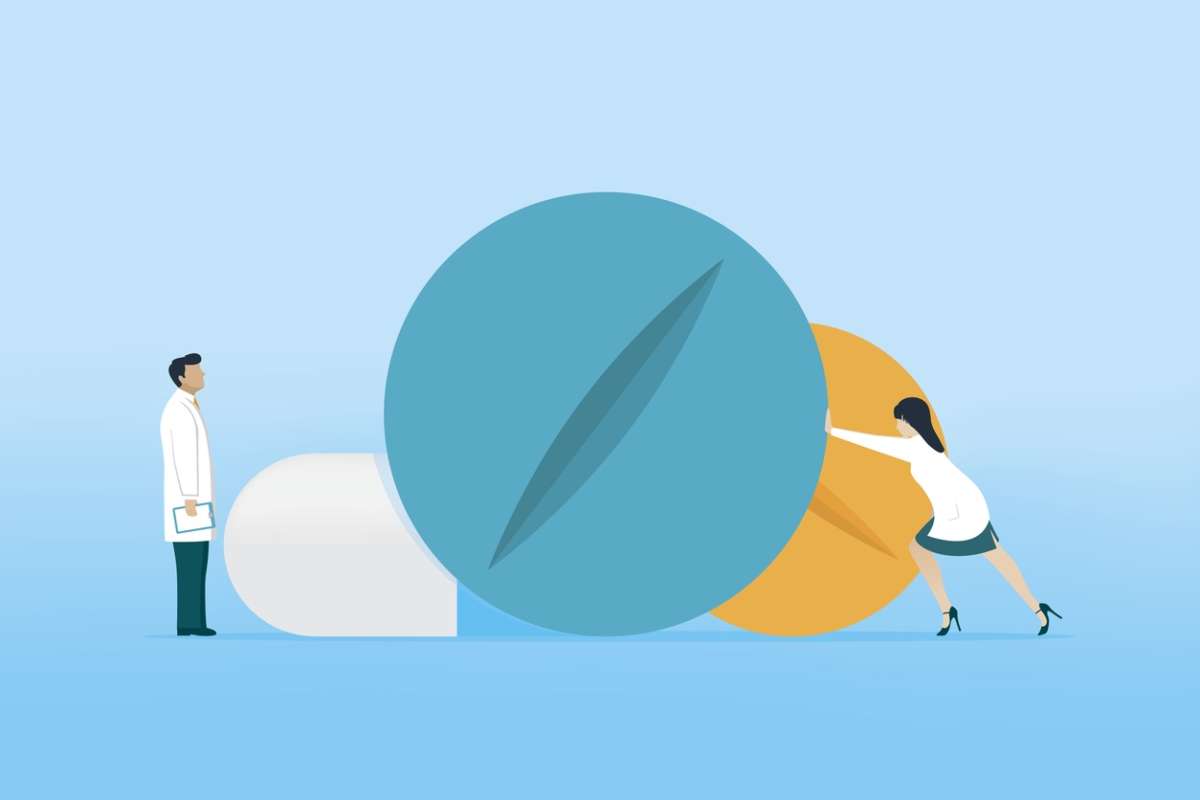 Huge Discovery is Made with Male Contraceptive Pill

Scientists discover a very unusual ingredient that could be the key to creating a male contraceptive pill.
Heidi Butler

When it comes to pregnancy prevention, the responsibility has always fallen on the woman. Even if a condom is used, a secondary form of birth control is recommended. Whether using an IUD, birth control pills, the patch, or progesterone shots, side effects are inevitable. Moreover, for some women, these contraceptive options can greatly impact their overall health. Thankfully, Australian researchers have found a natural remedy that could make a male contraceptive pill a reality in the future. In this article, we break down the findings and what the future may hold for family planning and women all over the world.

Stinging nettle (urtica dioica) is a plant that has long been used for medicinal purposes thanks to its anti-inflammatory properties and the array of beneficial nutrients and antioxidants that it contains. A new study from July 2022 reports that this plant also has the ability to block the movement of sperm.

Best of all, this solution has been shown to have no detrimental effects on future sperm viability. This makes it a practical choice for a contraceptive drug. However, before you go out and buy stinging nettle supplements, remember that this is a potential solution that requires further testing on human subjects to determine its true effectiveness and long-term health implications. It is not an ‘at home remedy’ that people should be trying.

This monumental drug discovery follows ongoing research conducted at the University of Minnesota by Md Abdullah Al Noman and grantee Dr. Gunda Georg. Noman’s graduate studies have been focused on creating a new male contraceptive that targets the protein retinoic acid receptor alpha (RARA), which is crucial to sperm production. His research has found that “disrupting RARA signaling will inhibit sperm production and produce reversible contraceptive effects in men.”

This non-hormonal male contraceptive is reportedly set to undergo human clinical trials by the end of this year. No obvious side effects have currently been discovered. This work is supported and funded by the National Institutes of Health (NIH) and the Male Contraceptive Initiative (MCI) — a nonprofit working towards creating reproductive autonomy.

As of 2019, researchers have passed the first round of clinical testing on a hormonal therapy that uses progestin and modified testosterone to theoretically lower sperm count without severely dropping testosterone levels. This drug is called Dimethandrolone undecanoate (DMAU).

The first round of human tests found that DMAU reduced the levels of the participant’s follicle-stimulating hormone (FSH) and luteinizing hormone (LH), both of which are responsible for sperm production in the testes. However, this phase of the study did not measure the sperm count of the participants following the use of this medication. Thus, more human trials are required. Currently, animal testing is underway to determine if there are any long-term effects from taking this drug.

Additionally, just like with female birth control pills, this male version brought undesirable side effects like weight gain, acne, and changes in libido. Mild erectile dysfunction was also reported. This is one of the main issues with hormonal therapies and why the new information on non-hormonal treatment options is such a groundbreaking discovery.

Contraline is also working towards finding equality in reproductive responsibility. This medical device company has been developing a hydrogel called ADAM that is injected into the vas deferens in order to block the sperm from being transported. Like an IUD, it would require an outpatient procedure, but once its window of effectiveness is up, it will liquify, bringing back normal sperm flow. The company just received $10.7 million dollars in financing at the end of 2021 and clinical testing is set for this year in Australia.

Similar to the hormone pill, the NIH is currently testing a gel (NES/T) made from Nestorone (a potent progestin) and testosterone that is applied to men’s shoulders and upper arms daily. The progestin decreases sperm production and the added testosterone is said to counter the negative side effects seen with the pill. As of the Spring of 2022, this medication is in phase II clinical trials at the Lundquist Institute in California.

Researchers have been trying to find a way to suppress the production and output of sperm in order to create a male oral contraceptive since the 1970’s. Why is it seemingly so hard for innovators and scientists to create this form of birth control?

The answer is actually quite simple. Women have ovulation cycles that are relatively predictable. Men, on the other hand, produce millions of sperm each day and spermatogenesis continues from puberty until death. This makes developing an effective solution for diminishing the likelihood of fertilization (without detrimental side effects) much more difficult.

While the creation of a male birth control pill is still in the very early stages, natural solutions like stinging nettle extract and other non-hormonal therapies could change the face of reproductive medicine and further help diminish unintended pregnancies. Drug development will take time, but the progress made in the last few years is significant considering that male hormonal birth control options have now been studied for nearly half a century.

While the only current contraceptive methods for men are spermicide, condoms, and the more permanent option, vasectomy, there is hope on the horizon. The creation of these types of contraceptive tools will not only allow men to have more control over when they conceive, but it takes some of the pressure off of women. This change will also more effectively prevent unwanted pregnancies.

It is likely that it will be another decade before any of the aforementioned male contraception methods hit shelves, but these developments are a huge step in the right direction for equality in reproductive responsibility.