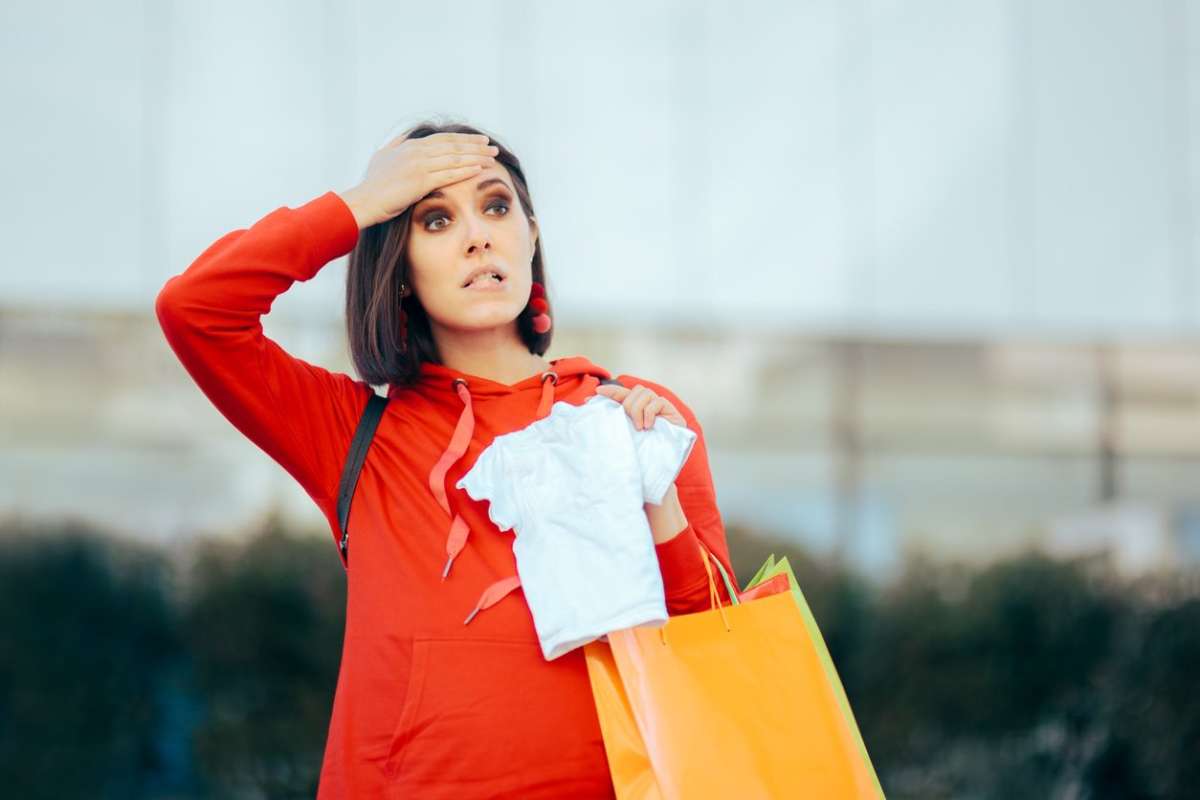 Pregnancy brain is not only real, but it can stick around for quite some time after a woman gives birth.
Heidi Butler
Table of contents

We have all heard the phrases “pregnancy brain” and “mom brain”. These terms refer to a woman's forgetfulness and inability to concentrate during and after pregnancy. While some people may belittle or use the concept as an excuse to play the blame game, expectant moms swear that their brain function is compromised during this time period. Interestingly enough, this ‘so-called’ pregnancy symptom is not only real, but it can stick around for quite some time after a woman gives birth. If you find yourself dealing with forgetfulness and other symptoms, here is a breakdown of why ‘momnesia’ occurs and how to overcome these working memory lapses.

How Does Pregnancy Affect Brain Function?

A woman’s body is a miraculous thing. It can create human life and the means to sustain it. We all know that a woman’s breasts will enlarge as her milk comes in towards the end of her pregnancy, but did you know that a woman’s brain also undergoes major changes throughout this time frame? A recent study published in Nature Neuroscience shed new light on how baby brain is a long lasting symptom of pregnancy.

Elseline Hoekzema, a neuroscientist in the Netherlands, has dedicated her career to learning about how pregnancy alters the human brain. Her research has found that the same hormonal changes that allow a baby to develop also trigger “drastic brain plasticity” in the mother. This begins as early as the first trimester and continues through at least the first two years of post-pregnancy.

In her 2016 study, Hoekzema took MRI scans of pregnant and non-pregnant women to compare the effects of pregnancy on the different areas of the brain. The results showed that the gray matter of a woman’s brain shrinks during pregnancy. For those unfamiliar with the intricate workings of this vital organ, the gray matter is composed of neurons that process information, control emotions, and manage memory.

These “substantial changes in brain structure” have a huge impact on how the brain prioritizes information. In this instance, a woman’s cognitive function — her thoughts, beliefs, and knowledge base — will remain intact, but her spatial recognition memory (SRM) will become foggy. SRM refers to a person’s ability to remember, for example, where they left the cell phone that they just set down or how to get to a store that they frequently visit every week.

Why does this happen? The answer is simple. The brain is shutting off certain functions so that it can prioritize others. In this case, pregnancy brain will bring an array of memory problems, but it will also improve a mother’s social cognition. This adaptation will allow her to better recognize her baby’s coos and cries and to interpret her baby’s facial expressions more effectively. In other words, you have a built-in function in your brain that makes you a better parent – which is pretty incredible.

Other Factors That Attribute to Brain Fog

Hormones always seem to be the scapegoat for the majority of pregnancy symptoms, but this colossal surge in a woman’s estrogen and progesterone levels is the main cause for these physical changes in a woman’s brain. However, there are two other factors that also play a big role in a mom’s memory function.

Sleep deprivation can cause anyone to experience a bit of brain fog, whether or not they are expecting a child, so it should come as no surprise that these periods of absentmindedness that pregnant women and new moms face are enhanced by a consistent lack of sleep. This is especially evident in the second and third trimesters and in the postpartum period.

In fact, a recent survey shows that the average parent loses 109 minutes of sleep every single night during their first year of parenthood. That equates to over 663 hours of sleep that is lost! This deficit will not only make it hard to remember things, but it can also trigger mood swings and have an impact on a woman’s mental health.

Having a baby is a major life change. You are suddenly responsible for another human life and there is a steep learning curve. Just like sleep loss, stress and anxiety can impact anyone and they can greatly diminish a person’s ability to focus.

Pregnancy brain begins to set in as early as the first trimester, soon after a woman’s hormone levels begin to rise. These changes tend to peak in the third trimester and in the early weeks of the postpartum period. This is normally the time frame when new moms get the least amount of sleep and have the highest amount of anxiety.

As time progresses, you may feel like you are regaining your regular self and that your memory is returning back to normal. Hoekzema’s research did find that the hippocampus, (the area of the brain where short-term memory is converted into long-term memory), was almost completely restored after two years. However, she also found that the remainder of the gray matter remained lost after this time frame.

More recent studies have found that many of these structural changes tend to be permanent and the more children that a woman bears, the greater the decrease in the functional connectivity of the brain. What is interesting is that this research also found that while these changes are irreversible, they are actually a benefit later in life!

How? These alterations in the brain’s structure protect women against the changes “associated with age-related cognitive decline, suggesting that motherhood may be beneficial for brain function in late life.” In layman's terms, having a baby protects you from conditions like dementia.

Despite the benefits of pregnancy brain, this fog and forgetfulness can become quite the headache. If you are wanting to overcome this inevitable symptom, here are the top nine techniques to help you stay on track.

Write down exactly what you're supposed to do each day. Create lists for what you want to buy at the store. If you dictate everything, you won't have the chance to forget anything.

Tell your partner, family, and co-workers to remind you of important dates and appointments. More minds are always better than one — during pregnancy they can be a necessity.

Pregnant or not, doing too much at one time can muddle the thinking process. Being pregnant makes multitasking all the more difficult. Make an effort to drop projects that aren't absolutely necessary. Learn to delegate to others. Practice saying "no."

If you're burning the midnight oil, you have no hope of being clear headed the next day. Your mind needs the restorative power of sleep to be sharp, clear, and efficient. If insomnia is an issue at night, try taking short naps during the day.

The best tips for overcoming sleep deprivation in pregnancy include turning off all electronic devices an hour before you head to bed, getting regular exercise during the day, and investing in a pregnancy pillow.

When you are pregnant, your body will always prioritize your baby over you. This makes eating a healthy diet and taking your prenatal vitamins extremely important. For the moms looking for a bit of a boost, also eat foods like blueberries, broccoli, eggs, fatty fish, like salmon and albacore tuna, kale, berries, and walnuts.

These options will not only help your brain function, but they are also fantastic for your growing baby! Just remember that if you are pregnant, you need to limit your fish intake to two to three servings per week.

Exercise is a known remedy for both sleep deprivation and stress. It has also been shown to improve memory. This makes it one of the best ways to counteract baby brain! Healthcare experts advise that “pregnant or postpartum women should do at least 150 minutes (for example, 30 minutes a day, five days a week) of moderate-intensity aerobic physical activity per week.” Just remember to not overdo it. If you are in pain, make modifications.

Knowledge is power! If you are worried about how to care for your baby, then take the time to educate yourself. Most hospitals offer low-cost, and many times, free childbirth, breastfeeding, and CPR classes to pregnant moms, their spouses, and even other caregivers. This can help to lower your stress levels and make sure that you are ready for anything!

Your baby is going to care about four things — that they are fed, dry, warm, and loved. Your nursery decor does not matter. You do not need to paint the walls or put up decorations. Your baby only cares about your presence. Prioritize what matters and forget the rest.

Vitamin D is a powerful thing. In fact, a new study published in December 2022 found that this essential supplement can improve cognitive function. This follows an array of other research that also supports this claim. Thus, get outdoors! Go for a walk, make your play date a park date, and have lunch on the patio. Just remember to apply sunscreen as well.

Brain Changes Are Normal with Pregnancy

Pregnancy takes a toll on a woman’s body. Anyone who tells you otherwise has clearly never experienced the making of a little miracle. Unfortunately, people associate this condition with an array of stereotypes including the idea that a woman will become distracted, less dependable, and overly emotional. Sometimes it is also used in a derogatory way to belittle a woman for real symptoms. This causes many moms-to-be to put off announcing their amazing news and it can impact their mental health.

The truth is that pregnancy can limit a woman’s physical abilities for a short period of time and it does bring noticeable differences in a woman’s mood and memory. However, this alteration in her brain structure does not take away from her intelligence, logical thinking abilities, or her reasoning skills. It also has no effect on her work ethic. Research actually shows that even with a stereotype threat present (the awareness of negative stereotypes), performance and cognitive function are not impacted.

This means that despite the negativity in the world, it is important to remember that you are more than equipped to do whatever task life throws at you. You’re an amazing, powerful, and capable person. Do not let your partner in parenthood, family, or coworkers give you grief about this symptom. Not only is pregnancy brain real, but it makes you a better parent and it can prevent cognitive losses in old age!