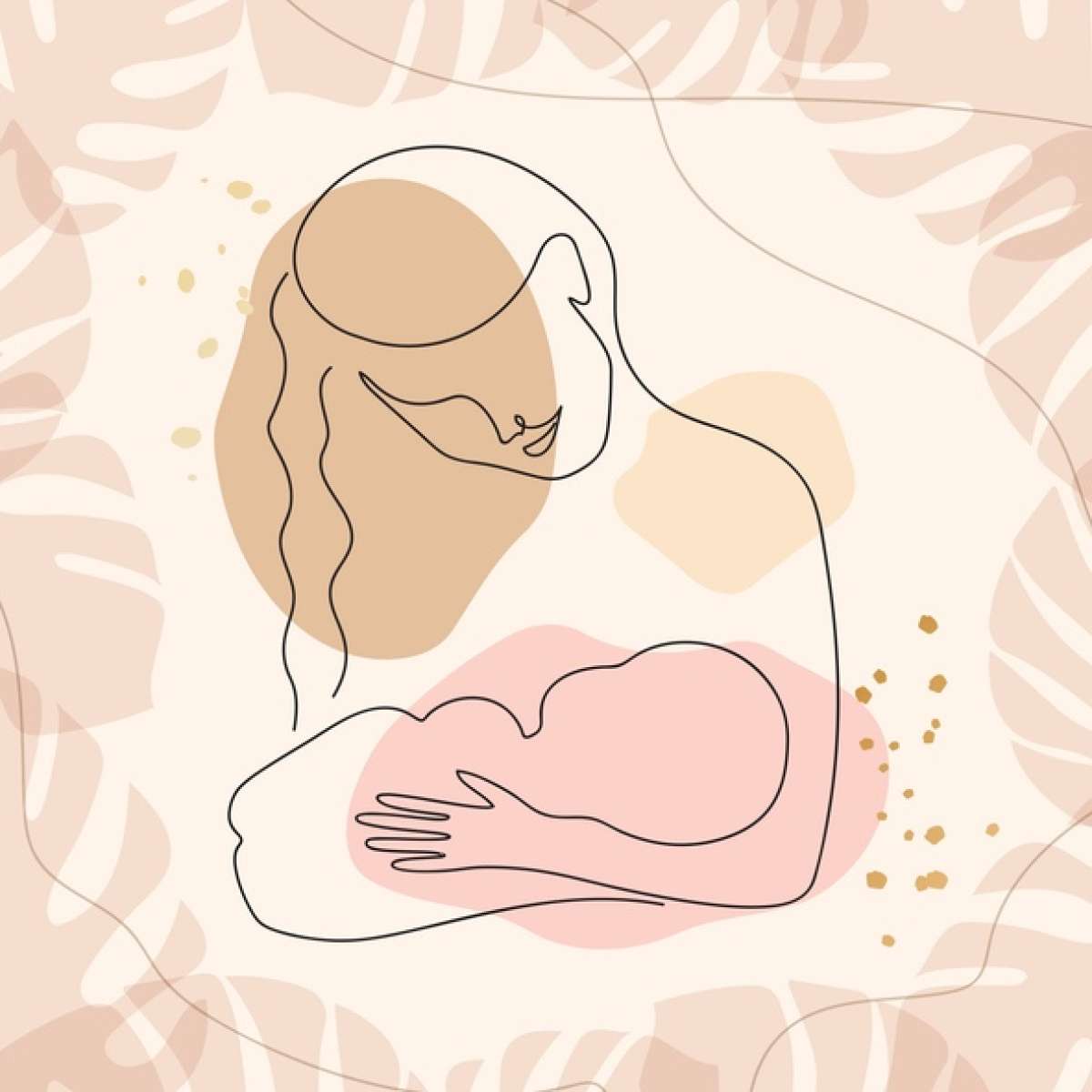 My Battle With Breastfeeding and Mastitis: A Mother’s Story

This one mother's story of mastitis and painful breastfeeding will enlighten mothers everywhere to rid themselves of guilt.
Katharine Chan, MSc, BSc, PMP

Every start of a motherhood journey is different, but the one thing I believe is common for all is our overwhelming desire to do our best. We carry that little human inside of us for so long that when they enter our world, we want to do everything for them so they become happy and healthy people. And feeding them is something we have control over. So it makes sense that we so desperately want to do it ‘right.’

But for all the new moms out there, I want to tell you that there is no best way to feed your baby. During those late nights when you’re worried or feeling guilty about not producing enough, using bottles, supplementing with formula, dreading the whole process and/or not breastfeeding at all, I hear you and I see you. You’re not doing anything wrong.

My first breastfeeding journey was a 6-months rollercoaster ride riddled with guilt trips, mental games, emotional pain, torn nips and a bad case of mastitis. Here is my story:

I thought I had realistic expectations during my first pregnancy

When I found out I was pregnant, I didn’t dive into the research rabbit hole to learn every bit of information about becoming a mother. I did one “parents-to-be” workshop with my husband and Googled “breastfeeding” a few times closer to my due date.

I knew breastfeeding would be hard and daunting. I had realistic expectations of myself. Most of the moms I talked to said it wasn’t easy but they got through it. So I told myself that I would try my best and see what happens…a wait-and-see approach. As a recovering perfectionist, I wanted to stay realistic.

Although I told myself there was nothing wrong with formula and even had quite a few samples ready to go, it seemed like the words “breast is best” were ingrained in my subconscious thoughts. And it threw me down a spiral of self-defeating thoughts and I relapsed into perfectionism.

Breastfeeding was painful from day one

During those first weeks after we came home from the hospital with our daughter, it was pure torture.

In addition to the physical pain of recovering from labor and trying to figure out how she could latch, I was emotional and mentally exhausted. For 8 weeks straight, every single feed hurt. She was feeding 10–12 times a day and I thought I couldn’t do it anymore.

I asked for help and help came...

I saw a breastfeeding consultant. I had nurses do home visits. My sister who is a family physician also helped. I went to community mom support groups. They all checked my latch and told me it was fine.

I had a good supply. They reassured me that the pain will go away eventually and complimented my efforts. They told me many women aren’t able to produce and I should be grateful I’m able to feed my child.

My helpless husband stepped up and supported me in whatever capacity he could. He made sure I had everything I needed every time I was about to do a feed. He passed me the nursing pillow, water, and lanolin. As per the advice of the breastfeeding consultant we saw, he bought me a nipple shield. He texted me supportive messages every hour while he was at work.

Every chance I had, I weighed and measured her length to validate my efforts and to reassure myself that my milk was the only source of nourishment for her growth. I was tired and lonely. If I wasn’t feeding her, I was pumping and Googling when it would get better.

I repeatedly read about the health benefits that breastfeeding provided to a baby and that every month I kept doing it, the more my daughter would reap the rewards. I told myself the pain was worth it and brainwashed myself that sacrifice was part of being a mother.

I wanted to feed her formula many times but I felt guilty for feeling that way. I had to brace myself by clenching my jaw and grimacing every time she latched and re-latched. I had thrush and the pain would last almost an hour after the feed. Then I had to amp myself up to start all over again.

Breastfeeding became a mental game I played with myself. Every completed feed gave me a temporary sense of accomplishment.

After those first 8 weeks, there was the moment when she latched and I didn’t have to grit my teeth. It was actually bearable. There was no pain, leaking, thrush, or mental guilt trips. We figured out a position that worked for us.

She got bigger and she didn’t need to feed as often. We had a good flow. I didn’t feel as awkward. I was less tense. I didn’t count the minutes. I fed on demand and stopped tracking the hours.

At the end of every feed, I’d look at her milk-drunk face and feel incredibly empowered. I was providing incredible nourishment for this little being and she was going to thrive because of that.

But then a major setback called mastitis happened...

When my daughter was 5.5 months old, I developed mastitis. The breast that had more supply became swollen and red with a significant lump. I was ill. I had a fever. My joints hurt and I had chills. Feeding was painful and felt like my breasts were on fire. It was worse than those first 8 weeks after she was born.

I couldn’t do it anymore. I felt like a failure. I made an appointment with my family doctor and without hesitation, she explained how I could stop breastfeeding. So for the next couple of weeks, I slowly tapered off the feeds and started formula.

The guilt gradually went away and I started viewing my decision as something courageous instead of shameful. My husband started taking over the feeds and I basked in watching them bond. I’m proud of myself for getting through it but I wouldn’t wish it on anyone, including myself. I made sure I kept a mental note of this lesson.

When I became pregnant with my son, I didn’t Google anything. I was busy making memories with our daughter and soaking up our time as a family of 3. During the months leading up to my due date, I told myself the same thing as I did with my first.

I would try to breastfeed and if it works out, then I’ll keep doing it. Every baby is different and it is possible that breastfeeding would be easy and seamless from the day he is born. I was open to the possibility but I vowed not to be hard on myself. I definitely did not want to go through what I had gone through before.

On the fourth day after giving birth to my son, I took a shower; the pain of the water thrashing against my breasts rippled through my body like waves of past trauma…I knew I needed to stop. And I did. I don’t regret it for a second.

Throughout my pregnancies, all the resources that I turned to promoted that the best practice for feeding a baby was to “exclusively breastfeed for the first 6 months.”

The hospital that I delivered at kept encouraging me to breastfeed. No one directly said it, but the formula was inadvertently associated with another word that started with the letter ‘F’: failure.

As someone who has worked in healthcare for almost 15 years, I would never claim that breastfeeding isn’t beneficial for a growing baby. There have been numerous research studies that have shown the health, emotional, economic and environmental benefits of breastfeeding.

However, the mental and emotional toll I experienced doesn’t make me a better mother. Yes, motherhood is hard but we shouldn’t strive to be martyrs. When we prioritize our health and wellness, we are creating an environment that encourages self-compassion and self-love and allows our children to thrive.

When a baby is born, a parent is born. You’re handed this responsibility that does not come with a guidebook. Even with all the books that have been published, there isn’t a single one that will be completely right for you.

I’ve breastfed and used formula and I’ve had to learn how to treat myself with compassion and kindness. Every day, I don’t strive to be a perfect parent. Parenting is a journey full of uncertainty as I never know what’s going to happen next.

But what I do know is that fed is best. If a child is healthily growing, a mother has a right to feed her child in any way she feels is appropriate.