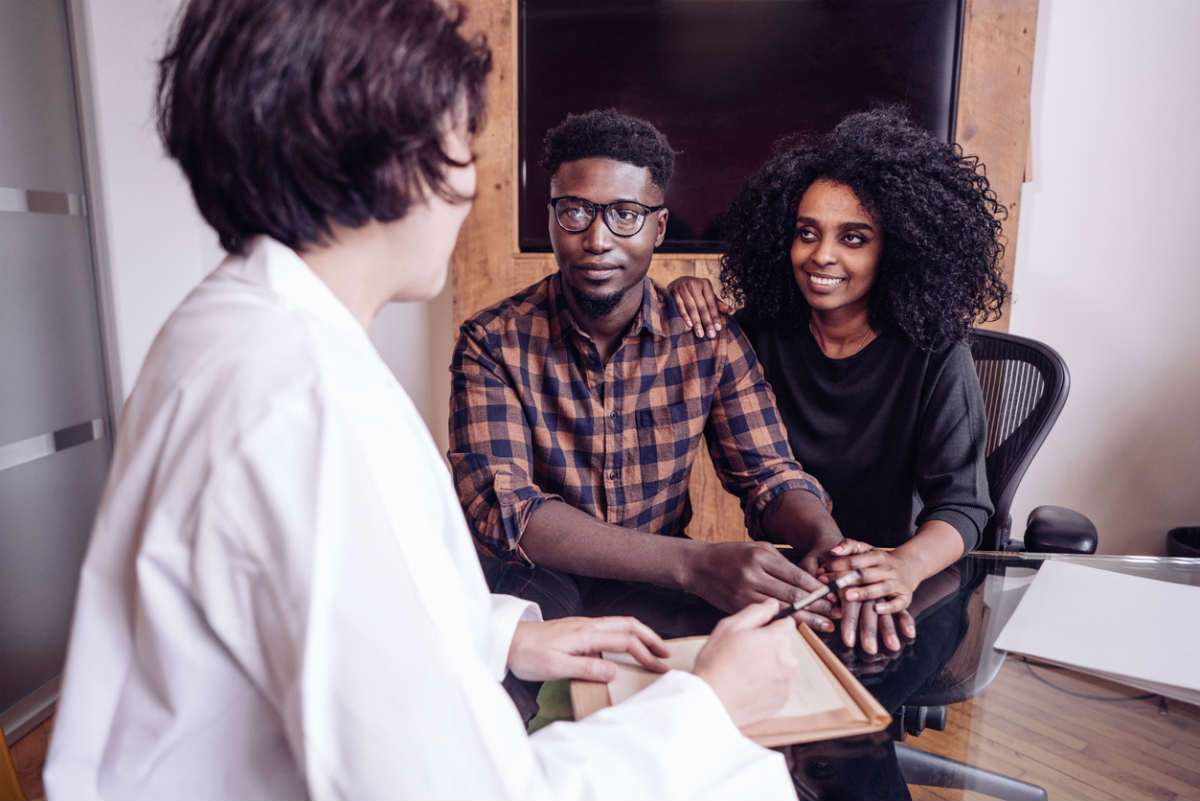 How the MTHFR Gene Impacts Pregnancy

If you've recently taken an at-home DNA test, you may have come cross the MTHFR gene. Genetics expert Dana Bressette explains what it is, how to test for it, and how it can impact pregnancy.
Charise Rohm Nulsen

With the advent of inexpensive and easily accessible DNA testing opportunities for the general public thanks to companies like 23 and Me and Ancestry DNA, questions about various genes and their mutations have become familiar and commonly used. One such gene is called MTHFR, and it is of particular interest to women who are trying to conceive and women who are pregnant. This is what you need to know about the MTHFR gene and how it can impact pregnancy.

What is the MTHFR gene?

MTHFR is a gene that is also known as 5-methyltetrahydrofolate. We all carry two copies of MTHFR. The MTHFR gene is responsible for the breakdown of a vitamin called folic acid. The breakdown of folic acid creates folate. It is important that folic acid is broken down because if it is not, the body’s ability to have enough folate will be blocked. Just like any other gene, the DNA code of the MTHFR gene can vary.

What does the MTHFR gene have to do with pregnancy?

According to Healthline, pregnancy complications can also include:

What do I need to know about pregnancy complications specifically associated with some of the MTHFR gene variants?

There is a small increased risk for anencephaly which is a neural tube defect. This kind of birth defect occurs during brain and spinal cord development. Babies with anencephaly are missing large parts of the brain. They also have missing and incompletely formed skull bones.

Some studies also show an association between variants of the MTHFR gene and a small heightened risk of spina bifida. This is another common form of neural tube defect. Babies with spina bifida may have permanent nerve damage due to part of the spinal cord sticking out through an opening in the spine.

This is a condition that specifically affects the mother during pregnancy. Preeclampsia causes high blood pressure throughout the pregnancy which can lead to complications.

Should all women trying to conceive and pregnant women be tested for MTHFR gene mutations?

The short answer is no. Testing is rarely recommended though it is easily available. According to the National Institute for Health, the American Congress of Obstetricians and Gynecologists and the American College of Medical Genetics usually recommends against testing for common MTHFR gene variants.

When considering whether you need to be tested for an MTHFR gene mutation, it’s important to think about not just if the variant puts you at risk, but also how much risk it actually provides. Many of the associations with MTHFR variants do not have enough research to support regular worries about potential conditions.

As expert Dana Bressette shares: “It is important to note that all women do not need to be tested for a mutated copy of this gene. Women who have had multiple miscarriages or pregnancies with other genetic anomalies can discuss with their doctor if they should be tested for the gene.”

In addition to having multiple miscarriages or pregnancies with genetic anomalies such as neural tube defects like spina bifida or anencephaly, other reasons to discuss MTHFR gene testing with your doctor include a history of preeclampsia.

Note that detailed testing associated with the MTHFR gene can be very expensive, and insurance does not always cover it.

What exactly is tested when looking at the MTHFR gene variants?

If these tests are ordered, you will typically have results in one to two weeks. According to Healthline, the two most common gene variants tested are called C677T and A1298C. If a person has two of the C677T gene variants, or a C6771 gene variant and one A1298C gene variant, the test often shows elevated homocysteine levels.

What if I find out that I do have MTHFR gene variants?

The good news is that just having the MTHFR gene variants does not mean that you will have problems. If you find out that you have high homocysteine levels, then you will be further evaluated. Typically, having these high homocysteine levels means that there is another contributing factor. Examples of these contributing factors include hypothyroidism, dietary deficiencies, and chronic conditions like diabetes, high blood pressure, or high cholesterol.

According to the National Institute for Health, simply having the MTHFR gene variant alone does not require changes in prenatal care or what you will take for your prenatal vitamins. It is recommended that all women of childbearing age take the standard dose of folate supplements to help lower the risk of neural tube defects. In some cases where women have consulted with their doctor about a higher risk for pregnancy complications associated with the MTHFR gene variants present, the doctor may suggest extra folate supplementation.

What treatment options are available?

Lovenox and heparin injections are often prescribed starting very early in the pregnancy to prevent blood clots from forming between the placenta and the uterine wall. Aspirin is prescribed for similar reasons.

Treatment is also sometimes prescribed to increase folic acid levels. Doctors may ask pregnant women to take a prenatal vitamin that also includes L-methylfolate as it is thought to decrease the risk of anemia.

Overall, it is easy to let concerns about MTHFR gene variants overwhelm you if you are trying to conceive or if you are currently pregnant, but fortunately, risks are small and treatments are available. It also typically takes more than just the presence of these gene variants to cause a problem with pregnancy.

Considering prenatal genetic testing? Here’s what you need to know and ask your doctor about it.