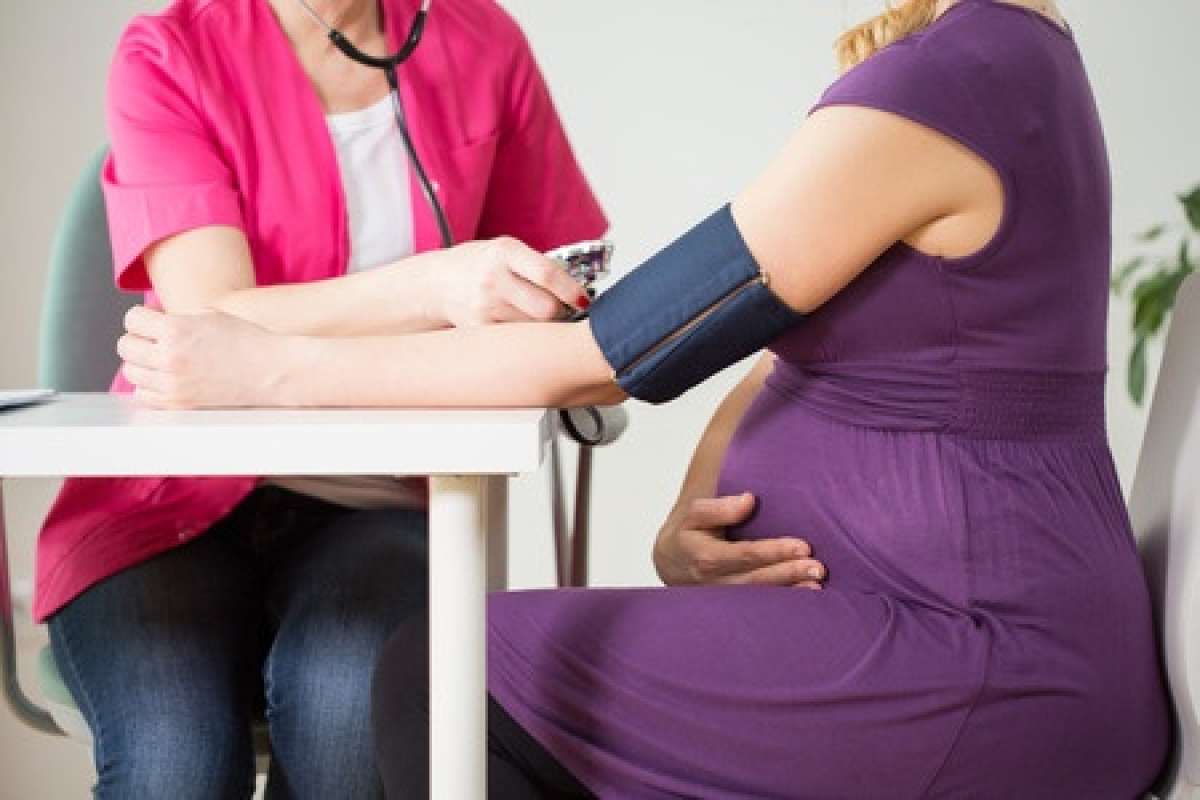 Learn about preeclampsia and its symptoms, and find out what you can do to prevent high blood pressure during pregnancy.

Some believe that preeclampsia can be prevented by taking one baby aspirin every day during pregnancy. If a friend or relative suggests this plan, beware. There is no solid evidence that aspirin can reduce the risk or treat preeclampsia, but there could be danger in taking aspirin during pregnancy. Do not take any aspirin without discussing it first with your doctor.

The blood pressure of women with preeclampsia, who did not have hypertension before their pregnancy, will return to normal within one week after delivery.

Preeclampsia is a medical term for high blood pressure that is caused by pregnancy (it is also called toxemia or pregnancy-induced hypertension). This condition occurs in about 7 percent of pregnant women (that's 7 out of every 100) in the second half of pregnancy. If left untreated, preeclampsia can cause permanent damage to the nervous system and blood vessels of the mother and cause growth retardation in the fetus (due to the reduced blood supply to the placenta). In extreme, untreated cases, preeclampsia can progress to a very serious condition called eclampsia, which causes maternal convulsions and even coma and death. Fortunately, with proper medical care throughout a pregnancy, cases of preeclampsia are diagnosed early and can usually be treated and controlled without major complications.

Treatment for preeclampsia varies according to the severity of symptoms and stage of pregnancy. In mild cases, bed rest is usually the prescription—either at home or in the hospital. The mother is cautioned to be alert to the signs of severe, late-stage preeclampsia, and her baby will be monitored regularly for fetal movement with nonstress tests and ultrasounds as needed. The outcome for a woman (and her baby) with mild preeclampsia is very good when appropriate medical care is given.

In severe cases of preeclampsia, treatment might be more aggressive. If the mother's blood pressure can't be controlled or there are signs of maternal or fetal deterioration, bed rest and medication will be abandoned in favor of immediate delivery of the baby. Most doctors feel that a preterm baby is better off in an intensive care neonatal unit than in the deteriorating environment of a uterus affected with preeclampsia. Labor might be induced for a vaginal delivery or a cesarean delivery might be performed.

A far better method of preventing preeclampsia is to fix up your diet. After surveying 109 women with preeclampsia and 259 healthy women about their nutritional habits before and during pregnancy, researchers reported that those eating less than five servings of fruits and vegetables a day for up to a year before delivery were almost twice as likely to develop preeclampsia. In addition, those with the lowest levels of vitamin C in their blood were nearly four times more likely to have this condition than those with higher levels. The researchers believe that eating vitamin C-rich foods or taking supplements during pregnancy can lower the risk for developing preeclampsia. This is one case where you have nothing to lose. Vitamin C is a known antioxidant that is good for you—so peel an orange and enjoy!

You can also protect yourself by visiting your dentist. Due to hormones that cause the gums to react differently to bacteria in plaque, pregnant women are prone to sore and swollen gum tissues—a condition called gingivitis. New studies are finding that this dental condition can increase the risk of developing preeclampsia. So brush and floss carefully throughout your pregnancy. And if your gums swell or begin to bleed, be sure to see your dentist.