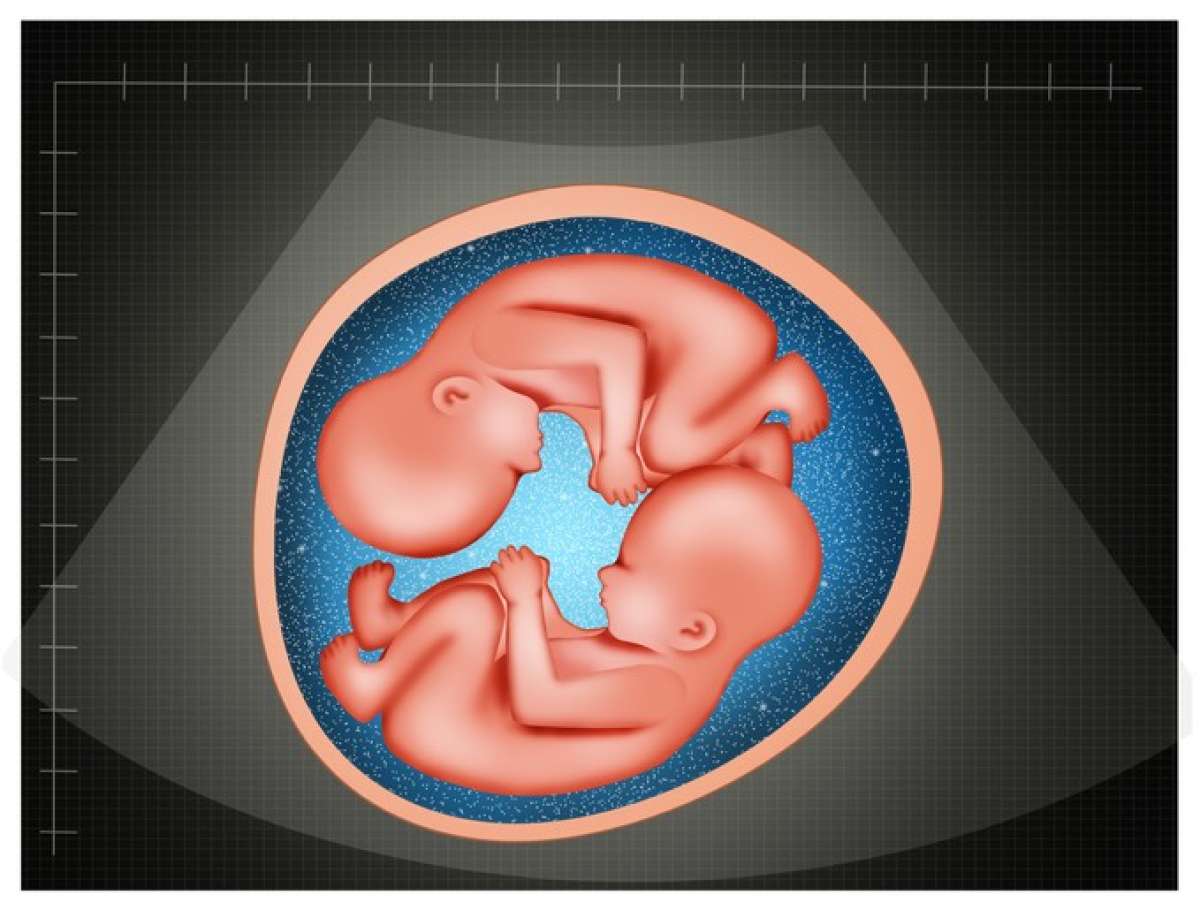 What is Vanishing Twin Syndrome?

Read about the causes, signs, and complications of vanishing twin syndrome.
Elisa Cinelli
Table of contents

Have you ever wondered if you have a long lost twin? It could be more likely than you think.

Vanishing twin syndrome happens when a woman is pregnant with twins and one of them seems to disappear. This happens when one fetus or embryo dies and is absorbed into the mother’s body, into the other twin, or into the placenta.

Vanishing twin syndrome occurs during the first trimester of pregnancy, usually sometime between implantation and the end of the embryonic stage. Both fraternal and identical twins may be affected.

While the twin appears to ‘vanish,’ what actually happens is a type of miscarriage where the embryo or fetus is not expelled, but reabsorbed into the mother’s body or the other fetus. This can lead to chimerism in either of the two, which means that the unborn twin’s DNA can be carried in their bodies. A vanishing twin may also be absorbed into the placenta, the organ that provides nutrients and removes waste products from the fetus.

How Common Is It?

It is difficult to pin down exactly how common vanishing twin syndrome is, because you don’t always know when it happens. The twin could vanish before your first ultrasound without you ever knowing.

Triplet pregnancies are even more likely to result in a vanishing embryo, but these are far rarer to begin with.

Risk factors for vanishing twin syndrome include the use of assisted reproductive technology and age. Women over 30 are more likely to conceive fraternal twins and therefore have a higher chance of losing one.

Twins or multiples conceived with in vitro fertilization (IVF) have a higher rate of vanishing twin syndrome. An embryo will stop developing in up to a third of these pregnancies. However, the figures are deceptive, because the fertility doctor knows exactly how many embryos were implanted, so it is possible that we just have more data and know about more of the lost twins.

How to Know if You Lost a Twin

In the past, there was no way to know if you had a vanishing twin. But now that we have access to ultrasonography, you are more likely to know. If you see two embryos at an early ultrasound and a later ultrasound shows only one, this would indicate that one twin passed away and was reabsorbed. This will likely be an incredibly devastating piece of news to receive, and it is important that you find support if you are struggling after a miscarriage. You are not alone, and there are resources available that can help.

Another way to know if you might have had a vanishing twin is by watching your hCG (Human chorionic gonadotropin) levels. HCG is the hormone produced during pregnancy. Home pregnancy tests detect hCG to confirm whether you are pregnant.

Twin pregnancies will generally have higher hCG levels. Your doctor might measure hCG if you have a history of miscarriages or other fertility issues. An unexpected drop or leveling off of hCG while your pregnancy continues might indicate a vanishing twin.

Even if your doctor is not measuring hCG, a lessening of pregnancy symptoms earlier than expected, such as reduced morning sickness, could potentially indicate that a twin has been lost. If you take pregnancy tests each day to monitor your hCG levels, you might also see that they stop getting darker as quickly as they did originally. However, without an ultrasound, these indications cannot confirm a vanishing twin.

Light cramps or spotting may occur if you lose one twin, but not always. Cramping may be a normal early pregnancy sign. If you experience any vaginal bleeding, spotting, uterine cramps, or pelvic pain, contact your healthcare provider right away.

Rarely, there may be recognizable fetal tissue visible in your placenta after giving birth, indicating a twin that stopped developing. There also may be a small fetus wedged between the surviving twin’s body and the uterine wall (fetus papyraceus) discoverable at birth. Keep in mind that this is rare.

In extremely rare cases, a singleton child can be born with body parts of a lost twin fused to them.

If you are a chimera, meaning you carry more than one set of DNA, you might have absorbed a long lost twin while in utero.

Unless you have two different eye colors, you probably need a test to know if you are a chimera. A DNA test can sometimes clue you in to the fact that you have multiple genetic codes in your body, but undergoing a variety of blood and skin tests can help you be more sure.

Generally, vanishing twin syndrome does not have any impact on the mother if she did not know about it. It is likely you will struggle emotionally with having lost one of your fetuses or babies. It’s normal to mourn this loss and to lean on others for support.

Your surviving fetus will not likely be affected. Unless there was a specific reason that one twin was unable to survive that might affect the other, the other twin will have a good prognosis.

Adverse perinatal outcomes can occur if you miscarry one twin later in the second or third trimester. Losing a twin past the first trimester, and sometimes past 10 weeks gestation, is not considered vanishing twin syndrome, because the fetus is too large at this point to simply be reabsorbed without any effect on the pregnancy.

Miscarriage in the second or third trimester also leads to an increased risk that the surviving twin will suffer from cerebral palsy. Pregnancies in which a twin dies after the first trimester are treated as high risk.

In extremely rare cases, absorbed body parts of a deceased twin may attach onto and develop along with the surviving twin. This is called a parasitic twin. The body parts are not conscious but they remain intact at birth.

Congenital anomalies may include body parts protruding from the live baby, or either body parts or the entire body of a fetus that has stopped developing can be found inside a baby’s body. These complications can be problematic because they may affect growth or survival, but they can generally be safely removed if necessary. It is important to remember that in any case, these complications are rare.

Thank you for your feedback.
About the author
Elisa Cinelli