What Happens to the Baby After Delivery?

What happens to your baby right after birth? Learn about post-delivery care and the tests that will be administered to your baby immediately after delivery.
Table of contents

Houston, We Have a Baby!

Shortly after the baby's birth, whether it's a vaginal birth or a c-section, the baby will be evaluated for its ability to adapt and transition normally to life outside the uterus. To aid in this process, the baby is transported to a warming unit with a radiant heat source. The baby (now officially called a neonate) is dried of all moisture, which helps to minimize the loss of its core temperature.

The nose and mouth of the baby are suctioned to clear the baby of all secretions and to aid in its first breathing efforts. The baby should begin crying within the first 30 seconds to one minute of life. To accomplish this, gentle stimulation is usually required and accomplished by rubbing the baby's back or gently stimulating its feet.

Some of you may be familiar with old movies or books that described or depicted the delivering physician as holding up the baby by its feet in mid air and spanking the baby's bottom (translation: bare butt) in order to get the baby to cry. This procedure is no longer done because it isn't necessary. According to Dr. John, it was an accepted practice because doctors simply didn't know any better, and they went overboard a tad. Today's doctors know that aggressive stimulation isn't necessary, and it could potentially harm the baby. For example, the baby could be dropped or hit too hard in a vulnerable spot that might injure it. 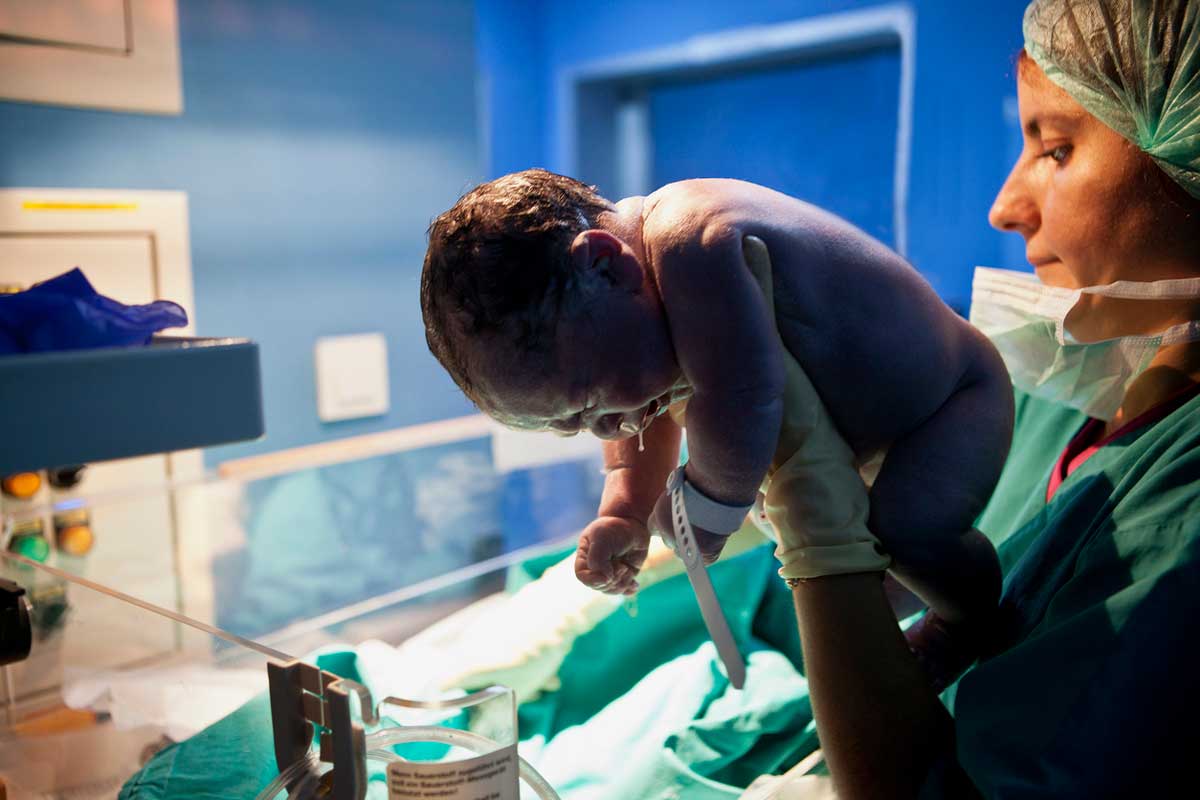 The Neonatal Team Takes Over

Usually, when the delivery is approaching, the patient's nurse will call for additional personnel to manage the baby's transition. These individuals are referred to as NRPs (neonatal resuscitative providers). They may be doctors, nurses, or medical assistants, but all of them have special training in the initial evaluation of and resuscitation of newborns. And the Ranking Is...Enter the Apgar Score

The baby's attendants will begin their initial evaluation at one and five minutes after birth, using the Apgar scoring system. The intent of the Apgar score is to provide a quick evaluation of a newborn and determine if additional measures of resuscitation are necessary.

Apgar scores range from zero to 10. In general, a low Apgar identifies those babies who may require extra attention and care. The five-minute Apgar score is generally used to evaluate how effective any resuscitative efforts were.

The Apgar table is comprised of five areas in which the baby will receive a score. These areas include the baby's heart rate, muscle tone, respiratory effort, reflexive response to stimulation, and the baby's color.

More: Meeting Your Baby and Recovering: The First 12 Hours 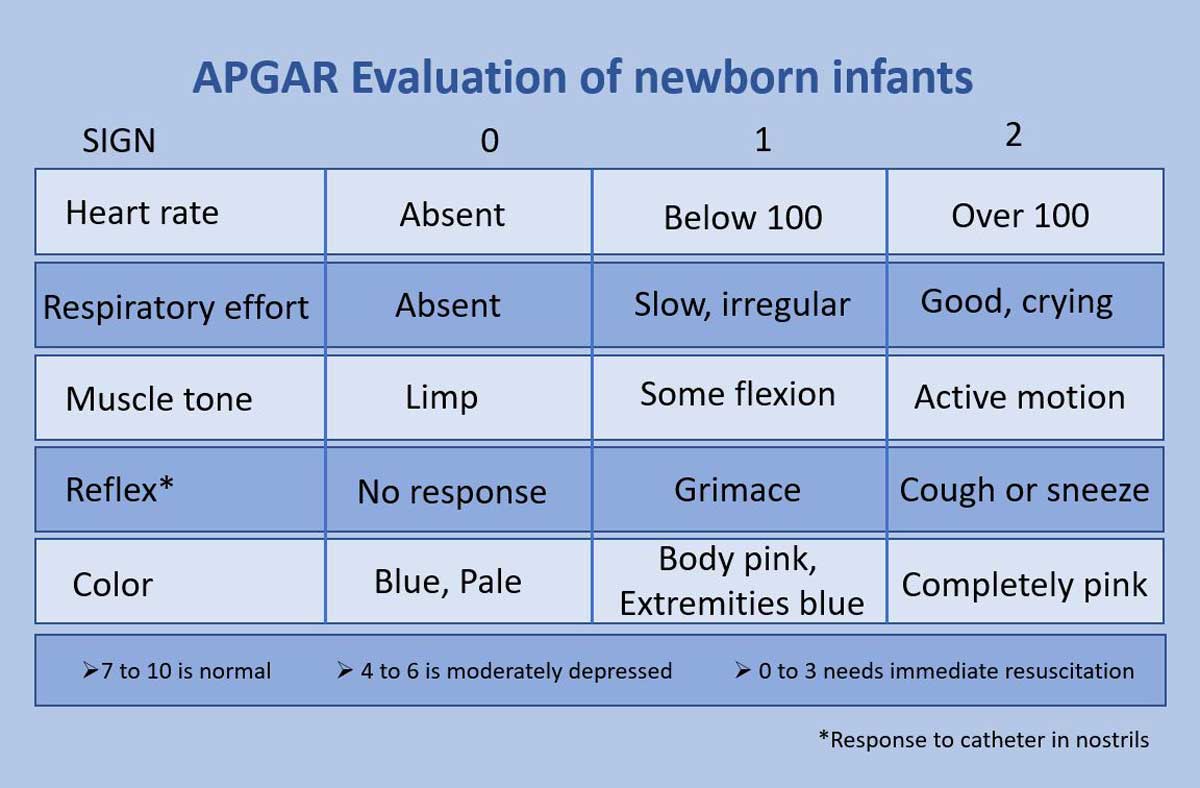 A value of 0, 1, or 2 is assigned to each category, and this gives the baby its overall score out of 10. Generally, Apgar scores in the range of 7-10 suggest that the baby doesn't require additional resuscitative efforts; however, a score between 4-7 is considered an indicator that the baby may be mildly to moderately compromised (needing attention). In those babies with a score less than 4, the rating usually indicates that the baby might need oxygen and additional attention from the medical staff. (According to Dr. John, medical people joke around and say that no babies ever get a perfect 10, unless they are a pediatrician's baby.

Although not on the Apgar scale, another color that may present is yellow. This is a sign of jaundice in newborns. It can develop within two to three weeks after birth.

The birth of my third child (and first daughter) was something of a fiasco of my own making. I was at a teaching hospital, but didn't realize what that meant when they asked me if I'd mind having a "few" nurses observe the delivery. When they wheeled me into an amphitheater-type room, it was too late to protest. OK, 15 nurses (some male – I'd forgotten there was such a thing as male nurses) gathered round to watch under spotlights. So much for intimate, personal deliveries with the lights dimmed. If I hadn't been so preoccupied having a baby, I would have been mortified.

The only good part was that they clapped when I delivered, and my daughter was a perfect "10" on the Apgar scale – at 1 minute and at 5 minutes. (I think it had something to do with the movie "10" being popular several years earlier.) In retrospect, it was the only way for my drama-queen daughter to make her appearance onto the stage of life.

Now that your new baby has arrived, it's time to get down to business and make sure you've got everything you need for a successful and happy first year together: