FamilyEducation Staff
Find out why more and more kids are going to extremes for the love of sport.
Table of contents

Though traditional sports like football, basketball, and hockey aren't exactly going out of style, the world of so-called extreme sports keeps growing in popularity. Kids and adults alike are participating in increasing numbers in these risky -- if not sometimes downright dangerous -- sports. But why?

Some kids are happier riding their skateboards than dealing with the structure of soccer practice. Others like cruising around on their BMX bikes until their legs just quit, surfing themselves silly, or spending the entire weekend learning new tricks on their inline skates.

Of course, kids are also attracted to extreme sports because they're cool. And who doesn't like being on the cutting edge? Snowboarding, the bad-boy little brother of skiing, was legitimized by sports traditionalists when it became an official Olympic event at the 1998 Nagano Games. Combine the cool factor with increased media exposure, and you've got an athletic image that's rebellious and brash.

For many kids, traditional team sports mean a lot of coaching, rules, pressure, and competition. It's easy to see why some kids are attracted to the individuality and athletic self-expression that are the hallmarks of extreme sports. 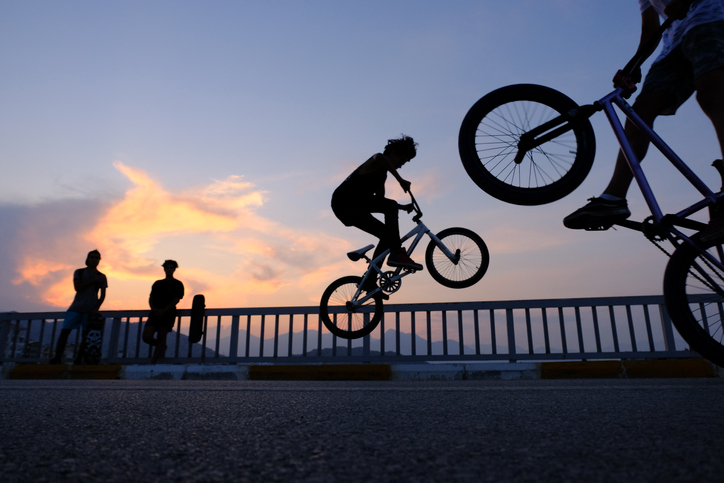 Paul Vail, 29, a BMX freestyle bike-rider for more than 14 years, says that when it comes to extreme sports, "Today's kids who've been riding skateboards or BMX bikes since they were 12-year-olds will become the parents who say, 'Yes, skateboarding, bike riding -- perfectly acceptable sports for my kid to do. And don't tell me they have to play football or be on the basketball team to be accepted, because that's no longer true.'"

Vail balks at the term "extreme sports." "People have been skydiving, skiing, riding bikes, doing tricks, and taking jumps forever. I think the extreme sports label is a gimmick. I like the term 'alternative sports'."

Extreme or not, it's important to encourage kids to express themselves physically, whether their athletic tastes run to the trendy or the traditional. Both solo and team-oriented sports can build self-confidence, relieve stress, and promote physical fitness -- all of which are vital to growing kids and adults alike.

Plus, alternative sports can help your kids develop positive qualities like discipline, persistence, and determination -- provided they avoid any serious injuries.

Fear is probably the number-one reason many of us avoid taking risks. For athletes in extreme sports, conquering fear is part of the adventure of sport.

When a skateboarder is practicing tricks on a 15-foot ramp (commonly called a half-pipe), or a mountain biker is flying down a rock-strewn single-track trail, and he makes a mistake and falls -- well, it's going to hurt a little. Okay, maybe a lot.

But the athletes I spoke to didn't complain about injuries; in fact, most have enjoyed relatively injury-free experiences in their sports. Brian Krause, a competitive skydiver for the U.S. Army's Golden Knights, has taken thousands of jumps out of airplanes without so much as a sprained ankle.

But Matt Donovan, a pro downhill mountain bike racer from Massachusetts, said that when he first got serious about racing, his season was "very injury-laden. I had two concussions, a separated shoulder, a broken hand, multiple cuts, and lacerations. And I cracked a rib."

Yes, extreme sports can often lead to extreme injuries. Boys get injured more often than girls, and inline skaters get injured the most. The most common injuries in alternative sports are broken bones, strains, sprains, serious bruising, and facial cuts. But studies show that nearly 75 percent of all people who get injured participating in extreme sports incurred their injuries because they wore NO protective gear at all!

Just make it completely clear to your kids that safety, not fashion, comes first when they're out doing their thing. 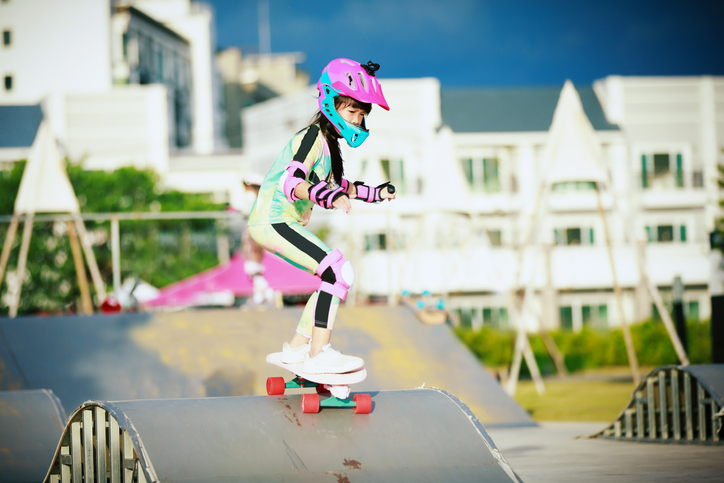 Until there's more research, it's hard to say whether the most injury-prone sports for kids (listed below) are really more dangerous than alternative sports. Team sports may cause more injuries -- not because of the nature of these sports but because greater numbers of kids participate in them. More kids play a popular sport like basketball, for example than skateboarding.

Though kids can be injured playing any sport, some sports do have a higher injury rate than others. So if your child is playing one of these "high-injury incidence" sports, you need to pay extra attention to safety.

Kids suffer the most injuries in the following six sports:

There are two kinds of sports injuries: