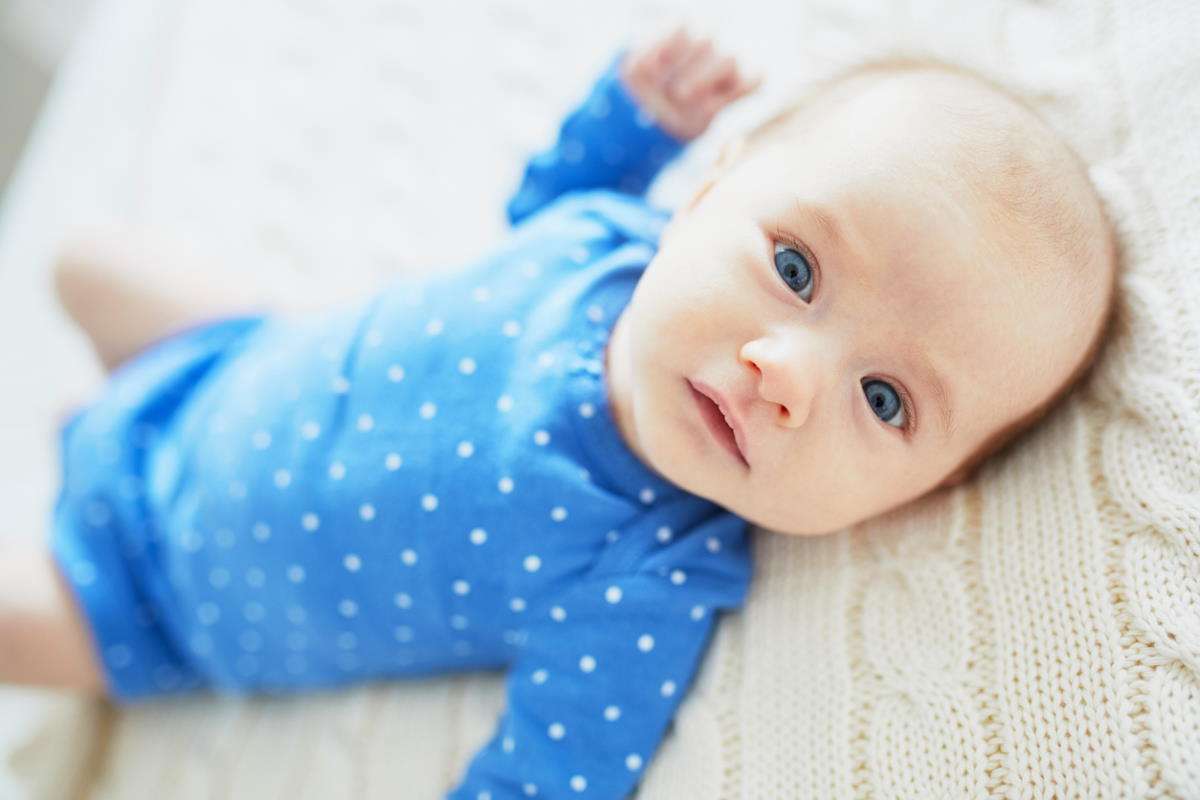 Will My Baby's Eye Color Change?

Will your baby’s blue eyes stay that way? It’s possible, but not guaranteed. A genetics expert breaks down how human coloring functions and develops, including how and why eye color sometimes changes during the early months of life.
Elisa Cinelli

Will your baby’s blue eyes stay that way? It’s possible, but not guaranteed. Babies born with blue or grey-colored eyes may end up with a different eye color later on. This is because of the pigmentation process, which continues to develop after a baby is born.

Caucasian babies are generally born with blue or grey eyes, but much of the time, their eyes darken to green, hazel, or brown by age one. Some babies won’t settle into a final eye color until closer to age two. Eye color genes are more complicated than first appears to the eye. According to Genetics Home Reference, "“The inheritance of eye color is more complex than originally suspected because multiple genes are involved. While a child’s eye color can often be predicted by the eye colors of his or her parents and other relatives, genetic variations sometimes produce unexpected results.”

More: My Baby Looks Nothing Like Me: A Genetic Explanation

During my time studying genetics, I learned a lot about how human coloring functions and develops, including how and why eye color sometimes changes during the early months of life.

What Is Eye Color?

The outer layer of the eye includes the white of the eye, or the sclera, and the cornea, a clear dome at the front of the eye. You can see through the cornea to the iris and the pupil.

The iris is the colored part of the eye. It is a ring around the black pupil at the eye’s center that exists to regulate the amount of light that enters the eye. It closes when the surrounding area is very bright, to protect the eye and it opens when the surrounding area darkens for improved vision. Your emotional state can also influence the iris, such as when you are surprised. The pupil is simply the space inside the iris through which light enters the eye.

The part of the eye that we refer to when discussing eye color is the iris. It is made up of many small fibers, which you can see if you take a close look. The fibers are what allow the iris to open and close.

Some irises are all one solid color, while others are a mix of colors and shades. This depends on whether the fibers are all the same color or whether they differ in color.

The so-called “paint” that colors all living things is called pigment. The irises of our eyes are colored by the pigment melanin, which appears in shades of brown. Higher concentrations of melanin result in dark brown to black irises, while lower concentrations result in sky-blue irises. Depending upon the exact amount of pigment present, eyes appear in a range of colors. The spectrum begins at blue and progresses through green, hazel, brown, and finally black.

If the color blue has you wondering why the lowest amounts of melanin don’t result in very light brown or tan-colored irises, you are onto something. Lower concentrations of melanin in the skin and hair result in very pale wheat-like coloring, which we call blonde hair and fair skin. So where do blue eyes come from?

The truth is, blue eyes are not really blue at all. There is no blue pigment anywhere in the human body. Blue eyes only appear blue because of an optical illusion caused by light scattering.

The same phenomenon leads us to perceive the daytime sky as blue when its actual color is black.

Green and hazel eyes are a mix of iris fibers that contain melanin and those that do not. That is why upon closer inspection, you can often see individual blue and brown fibers within a person’s green or hazel eyes.

Some eyes appear amber-colored. Amber eyes are a non-illusion color of eyes with less melanin than brown eyes but not so little melanin that the light-scattering effect causes an illusion.

Why Do Babies’ Eyes Darken Over Time?

Pigmentation is a process that continues during childhood. More melanin is produced over time, causing a baby's eyes to darken. Babies born with brown eyes may end up with slightly darker eyes but it is not usually noticeable. When babies with blue eyes see increased pigmentation, it causes an obvious color change.

If your blue-eyed newborn is destined for another hue, you will notice the irises gradually turning green, then hazel, and finally brown.

When Will My Baby’s Eyes Change Color?

Eyes usually reach their final shade somewhere around six months of age but it could take up to a year or even longer to happen.

How Is Eye Color Determined?

The amount of melanin that your child will have in their irises is determined by genetic factors. It was once thought that brown and blue eyes were two separate alleles, with brown being the dominant trait. Since we inherit one allele for each physical trait from each parent, the combination we end up with would then determine our eye color.

We now know that it is a lot more complicated than that. Blue and brown eyes exist on a spectrum of colors based on how much melanin we produce. The trait we display depends on where we fall on that spectrum and that is based on a combination of genetic factors (this also explains the occurrence of green and hazel eye colors, which didn’t fall easily into place in the former scientific thoughts on eye color).