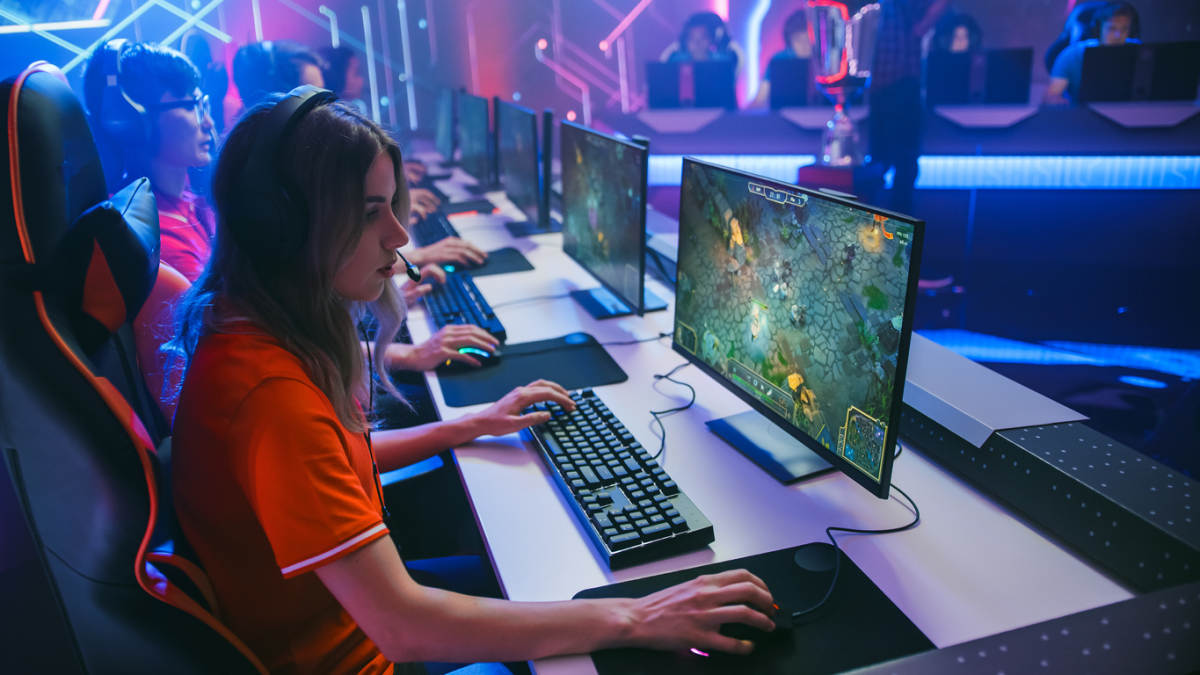 Elden Ring may be too violent for kids to play, but here are more great RPG video games like Elden Ring for kids and teens.
Stephanie Sokol

One of the most popular new fantasy games on the market, Elden Ring: The Lands Between and Elden Ring: Dark Souls have been a hit with players following their Feb. 2022 release. The player works to become accepted as an Elden Lord after being ostracized by the Golden Order, by gathering recovering shattered bits of the mysteriously broken Elden ring. This game is available on Xbox One, Playstation 5, and PC. However, despite its popularity, however, the series is not an appropriate game for children, especially preteens and younger kids.

Hidetaka Miyazaki’s popular game, in addition to other popular FromSoftware games like BloodborneF Sekiro: Shadows Die Twice, and Demon’s Souls series, have ESRB age ratings of M, due to high amounts of blood and gore. Also, most kids will not enjoy it due to the challenging, complex gameplay.

This does not mean your child has to miss out on exciting fantasy video games. We’ve rounded up some action role-playing game ideas for your child to enjoy the thrill of adventure without gory violence and suggestive themes. From open-world gameplay to RPGs, there are many appropriate fantasy video game options your kid can safely play. Check out our list below for some suggestions.

Related: Is Roblox Safe for Kids Under 8 Years Old?

1. The Legend of Zelda: Breath of the Wild

System: Nintendo Switch and Wii U

The latest of the popular Zelda classic game series is available on multiple platforms, including Nintendo Switch. Picking up after previous games, Link wakes with amnesia after sleeping for a century, and players help him rediscover memories. Breath of the Wild 2 has been announced, with a proposed 2023 release date. While appropriate for children of all ages, younger kids may need their parents’ assistance to play this action RPG.

Another classic fantasy game series, Kingdom Hearts 3 (2019) is a favorite for people of all ages, and much lighter than Elden Ring. While there is not yet a release date in place, Disney confirmed the fourth game in the series is in the works. Like Breath of the Wild, young Kingdom Hearts players may need assistance from their parents when playing, but will still enjoy this videogame.

Rating: No ESRB, 10+ on Commonsense Media

This character-driven medieval RPG was released in 2021. Available for Windows PC, Wildermyth is a story-driven fantasy game, a bit different than Elden Ring in theme, this game has a diverse cast of players and positive messaging, making it great for younger players.

The latest version in one of the most popular anime series of all-time, Pokemon Legends: Arceus makes a return to the Sinnoh region after years away. Players can catch and research Pokemon as they journey through the semi-open world.

This game is close in gameplay to Elden Ring and has a similar boss to defeat while remaining child-friendly in gameplay and thematic material. Players travel through its open world and revive the dead planet to bring it back to life using seeds that turn into aliens.

For fans of the Star Wars movie series, Jedi: Fallen Order provides a chance to be immersed within the universe. In the third-person adventure RPG, plays defend planets as a Jedi, challenge the wide array of NPCs, including stormtroopers and bounty hunters, or galaxy hop and explore. This open-world fantasy game Star Wars Fallen Order 2 has also been announced for a release date in the near future.

Monster Hunter Stories 2: Wings of Ruin is an open-world game that is somewhat similar to Pokémon. It features 128 monsters, which you will fight in the wild, but can only capture as eggs.

In Horizon Forbidden West, players take on the role of protagonist Aloy, as she heads to a land that is being overtaken by storms and machines. Players guide her to make friends and alliances as she fights said machines in an effort to restore order and save the dying land. This open-world RPG leaves lots of room for exploration.

In this sequel to Rogue Legacy, players take on the role of a night, venturing through a dungeon in search of treasure, and in an effort to defeat villains. The second version has included more accessibility, giving relief to players who may find it challenging.

Thank you for your feedback.
About the author
Stephanie Sokol