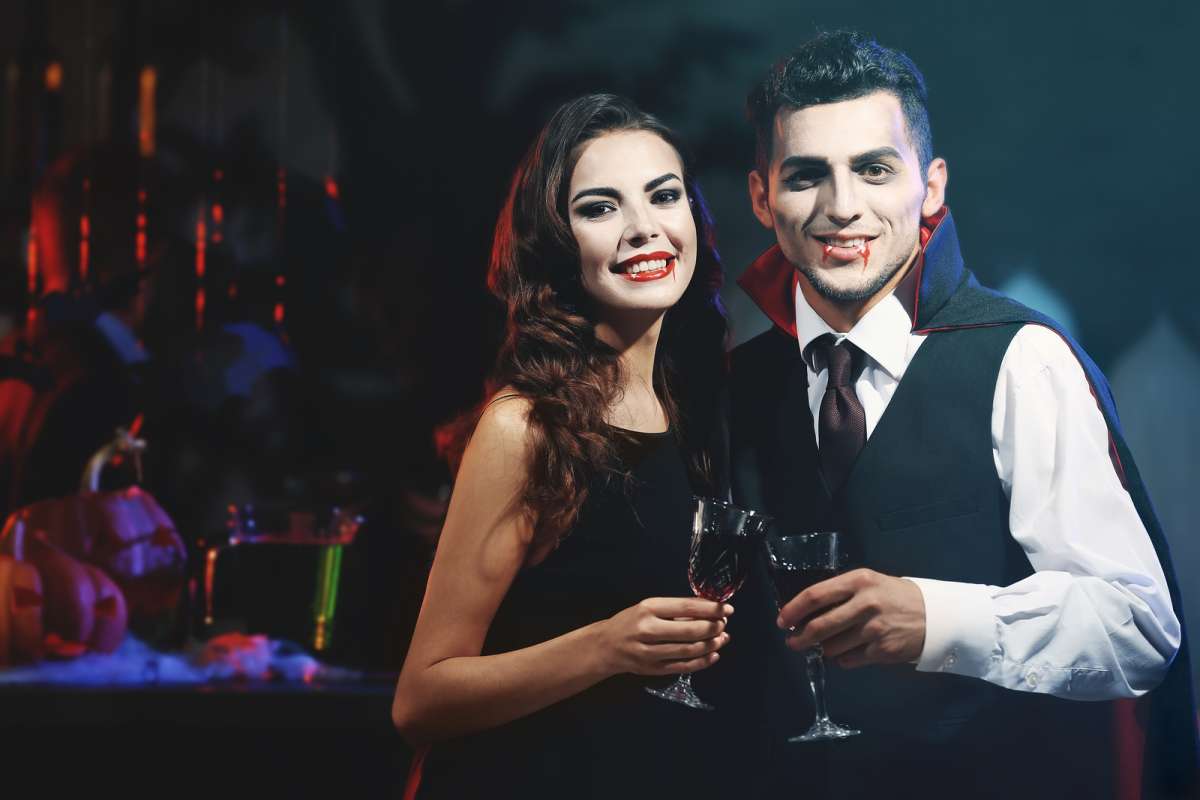 Here are some ideas for couple's Halloween costumes, whether you're a whiz with the sewing machine or only have a few hours to run out to the store.
FamilyEducation Staff

Halloween is next week, and no doubt you have Halloween parties and trick-or-treating with the kids in your future. If you and your partner have a special event to attend (or even if you're just handing out candy at home), cute couple's Halloween costumes make the night that much more fun. Here are a few ideas, including some easy last-minute costumes, for anyone who needs a costume fast.

A dose of nostalgia always makes for a great costume. Check out these blast-from-the-past duos.

Sandy and Danny from Grease

This classic high school It Couple is an easy couple's costume to put together on short notice. Sandy's cheerleader uniform is easy to find online or in costume shops, and a simple pack of "50s greaser" accessories paired with jeans and a T-shirt equals instant Danny Zucco. If you feel like putting a twist on this popular idea, go as leather-clad Sandy and track-star Danny from the end of the movie.

This sardonic pair of high-schoolers makes a great costume for any 90s teens. For Daria, all you need is a black pleated skirt, orange or tan shirt, green jacket, combat boots and of course, Daria's signature glasses. Jane wears black tights or leggings, short black shorts, a black V-neck shirt, a red jacket and combat boots. Bonus points if you can find an ear cuff.

Who didn't love The Princess Bride as a kid? The easiest Westley costume to put together is his "Dread Pirate Roberts" look: black pants, shirt, and gloves with an eye mask. For Buttercup, go with her long-sleeved red dress or her pale blue bridal gown from the day of her "mawwiage." You can find these costumes in stores, or if you're good with a sewing machine, make your own!

EXTREME CLOSEUP!!! This slacker pair from 90s SNL makes a super-easy couple's costume for men or women. Wayne just needs a black T-shirt and jeans, plus a Wayne's World logo cap you can pick up online. And "with him, as always, is Garth," for whom you only need jeans, a concert tee (Aerosmith is ideal, but any concert shirt will work), a plaid shirt, and thick glasses. Grab some metalhead wigs to complete the effect.

Not feeling the nostalgia? No problem! There's plenty of more modern references to go with when choosing the perfect couple's Halloween costumes.

Remember Tom Hanks' now-classic SNL skit set in a haunted elevator from last Halloween? His signature pumpkin suit sold out online almost immediately after the episode aired, but you'll probably have better luck this year. A simple skeleton suit and some face paint rounds out his sidekick character. If you have a friend flying solo, there's now a second skeleton who can join your crew! Any questions?

Not the historical figures in powdered wigs — the "young, scrappy and hungry" couple from the Broadway musical. Your best bet for finding the right look for this pair is to browse Etsy and Pinterest and find the best pieces to assemble your own costume.

For people who like a little gore in their Halloween costumes, there's no one you'd want on your side in the zombie apocalypse more than this pair from The Walking Dead. Rick's had several signature looks over the years, from his police uniform to his dirty jeans and button-down shirt, and most of them are fairly easy to put together. Michonne's easiest look to compile is her jeans, purple tank top, tan vest, and patterned bandanna. There are also some helpful tutorials online that can help you piece your costume together.

Going to a Halloween party with a lot of little ones around? Here are some family-friendly couple's costumes that will be a hit with a crowd of any age.

This cowboy and cowgirl pair from the Toy Story movies are fairly simple costumes to put together. You can use your own jeans and shirts as basics and then buy a set of accessories online or in a costume shop, or you can buy a complete costume for each of them. Will there be dancing at the party? Maybe you'll want to opt for Jessie and Buzz Lightyear and wow the crowd with your best tango like at the end of Toy Story 3.

Though these costumes are a throwback, they're also ahead of their time — Mary Poppins Returns is set to hit theaters late next year. Pinterest has some great DIY tutorials for customizing your own costumes, but if you're short on time, look for "English nanny" and "chimney sweep" costumes at the store and add a couple accessories.

This duo from The Force Awakens and the upcoming The Last Jedi make a great team — and also a not-too-complicated couple's costume. For Finn, you can pick up a pre-made costume, or simply wear all black and just buy or decorate the jacket. Poe currently has two looks out there — his classic X-wing pilot uniform from The Force Awakens and his new brown pants and jacket from The Last Jedi — so you'll get to pick your favorite. And for extra cute points, if you have a kid, there's even some adorable BB-8 toddler costumes out there!

Do you have a whole group to dress for Halloween? Then check out our favorite group costumes for the whole crew!