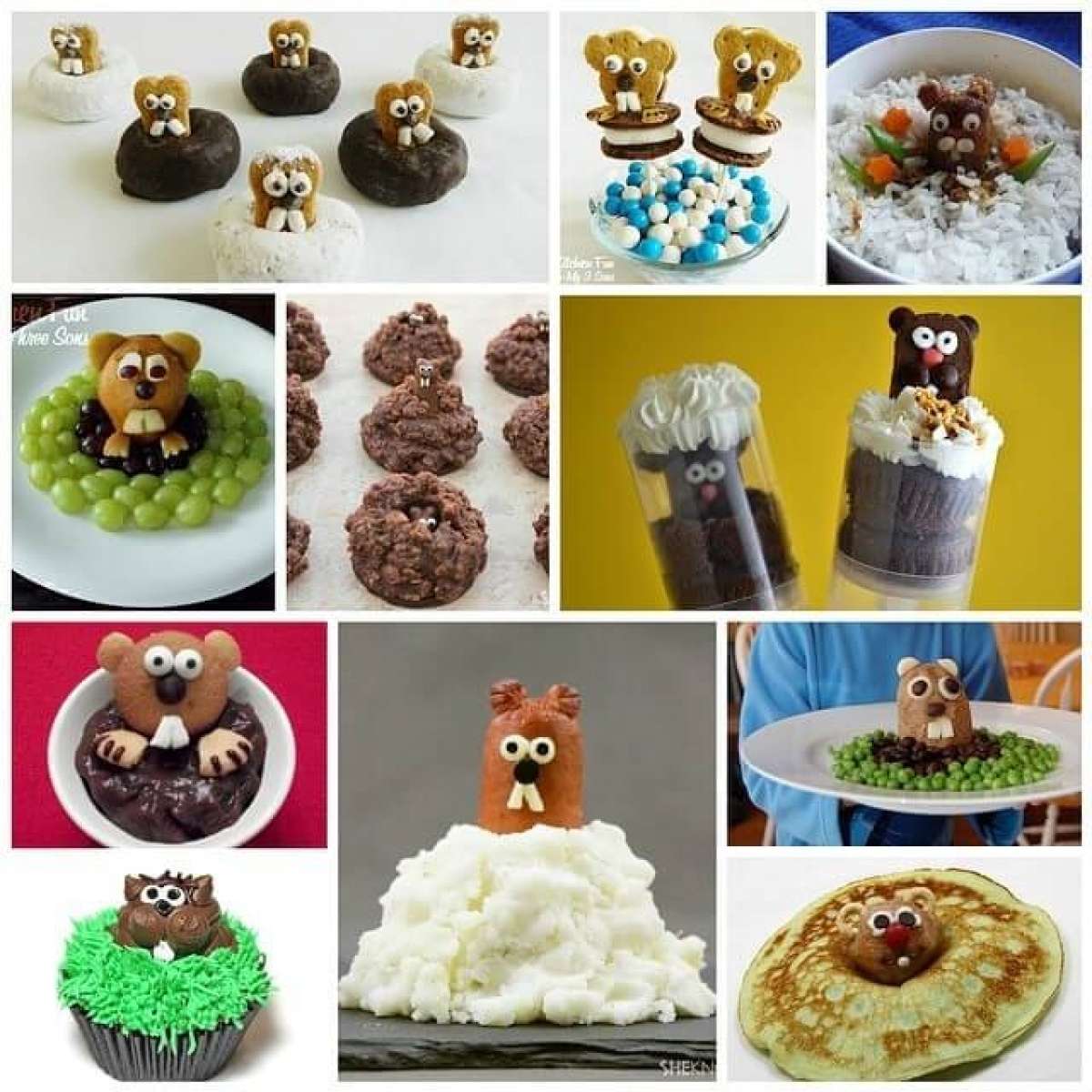 Groundhog Day is such a cute and fun holiday. Celebrate with your little ones this year with these cute Groundhog Day activities.
by: Rebecca Desfosse

It's just about time for Punxsutawney Phil to pop his little head out and determine if we'll have six more weeks of winter or an early spring. According to legend, if he sees his shadow, we're in for some cold weather. If he doesn't see his shadow, we can look forward to warmer weather! This February 2, let your kids get in on the fun with these four adorable Groundhog Day activities:

Make your kids a delicious groundhog treat! Take a Nutter Butter cookie and break it in half. Place the broken side down into a chocolate frosted mini donut. Use vanilla frosting to make two eyes and two buck teeth on the Nutter Butter to make a groundhog face. Use chocolate frosting to complete the eyes and make a little nose. Now, you have a Punxsutawney Phil good enough to eat.

Take a paper plate and fold it in half. Secure the plate in half by placing a piece of tape on both sides of the semi-circle, but not in the middle. Then, cut a small notch out of the bottom of the plate in the center, big enough for a large craft stick to fit through. Print out a small picture of a ground hog and have your child color the picture. Attach the picture onto a craft stick and place it through the hole in the bottom of the plate so your child can move the groundhog in and out of the folded plate. Then, have your child color the plate to look like a meadow. Now she has her own Punxsutawney Phil to pop out of his burrow anytime she pleases.

Tape white paper onto the wall and hold an object or their hands in fun shapes in front of it, as you shine a flashlight on it. Have your kids trace the outline of the shadows onto the paper. Or, have each child stand against a piece of white paper mounted on a wall and trace his or her silhouette. While you work, talk about how shadows work.

Cut a large heart out of brown construction paper for the face. Next, cut a small brown oval in half for the ears. Make some arms and an oval tail. Using black construction paper, cut out almond-shaped eyes, an oval nose, and about six whiskers. Finally, cut two teeth out of white paper. Have your child glue all the pieces together on a small brown paper bag to complete her puppet.

Even though it's not based on fact or reality (in fact, in recent years, Punxsutawney Phil has been wrong more times than not), Groundhog Day is such a cute and fun holiday. Celebrate with your little ones this year with these cute Groundhog Day activities.