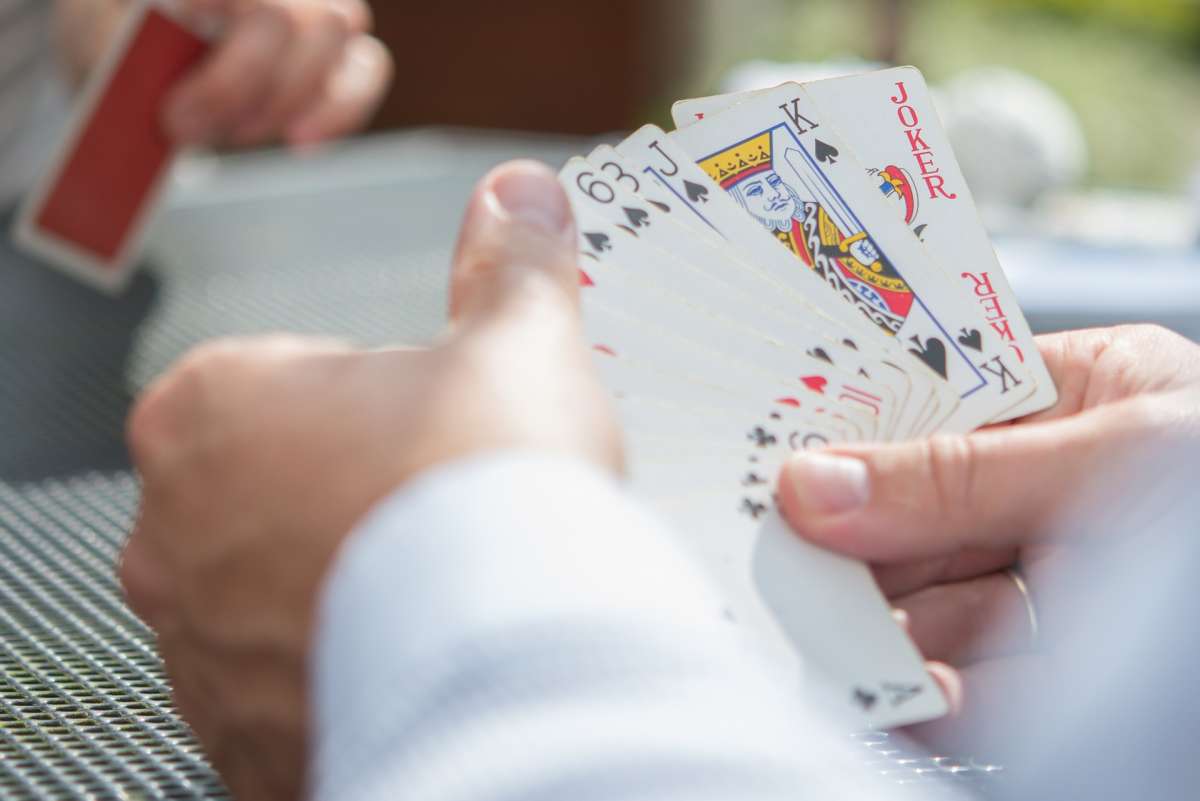 Learn the rules and strategies for winning at the card game called Spades.

Spades is usually played with four people. It is possible to play with fewer, but the preferred number of people is four (not necessarily in teams).

Did you know that Spades is an American game? It seems to have originated in the United States and doesn't have much of a following in the rest of the world.

The game requires a standard 52-card deck. It is a trick-taking game where Aces are high. The object is to score 500 points. You can vary the end-game rules and point values, but the standard rule is 500 points.

The Art of the Deal

Cut the cards to choose the dealer. The person who gets the highest card gets to deal. The dealer should deal the cards in a clockwise direction (starting to his or her left). Play also commences to the left of the dealer. All 52 cards are dealt to each of the four players, so that each player winds up with 13 cards.

Bidding usually opens a trick-taking card game and occurs immediately after the deal. Each person goes around the table and bids a certain point value. If you are playing as individuals (not teams), you look at your cards and, basically, try to guess how many tricks you think you'll be able to take. If your hand is a good one, you might think you can take five or six tricks. If your hand is a little low, you can bid one or two. There is also a time you can bid nothing at all (called “nil”), but we'll get to that in a minute.

If you are playing in partners, you have to bid as a team. You each have your own hand, but you cannot show each other your respective hands. You can, however, communicate to each other about how many tricks you think you can each take. For example, you can say “I think I can take three tricks, possibly five.” But you can't say “I have an Ace of Clubs and a 6 of Hearts.” When you both agree upon a number, you write it down and that is your official bid. The side that did not deal the cards gets to bid first.

There are two different types of bids:

It's in the Cards

An overtrick (sandbagging) is the difference between what you bid and the tricks you actually take. So let's say you bid 4 (4 multiplied by 10 equals 40) but you win 6 tricks (6 minus 4 equals 2)—you have 2 overtricks (or sandbags) and would therefore score 42 points.

The round is over when you've exhausted all your cards. The winner of the round is the person who bid closest to the amount of tricks won. If you take at least as many tricks as you bid, you receive a total of 10 times your bid. Then you count the overtricks—otherwise known as “bagging” or “sandbagging.”

On the other hand, if you don't make your bid, you lose 10 points for each trick you bid. So if you bid 4 and you only win 2 tricks, you will lose 40 points. You can see how important a good bid can be.

There are countless variations on the rules of Spades. It has been such a popular game that new variations come up all the time. The variants have been derived from years of heavy-duty enthusiasm. Don't be surprised if you come up with a few ideas of your own as you and your family catch on to the fun.