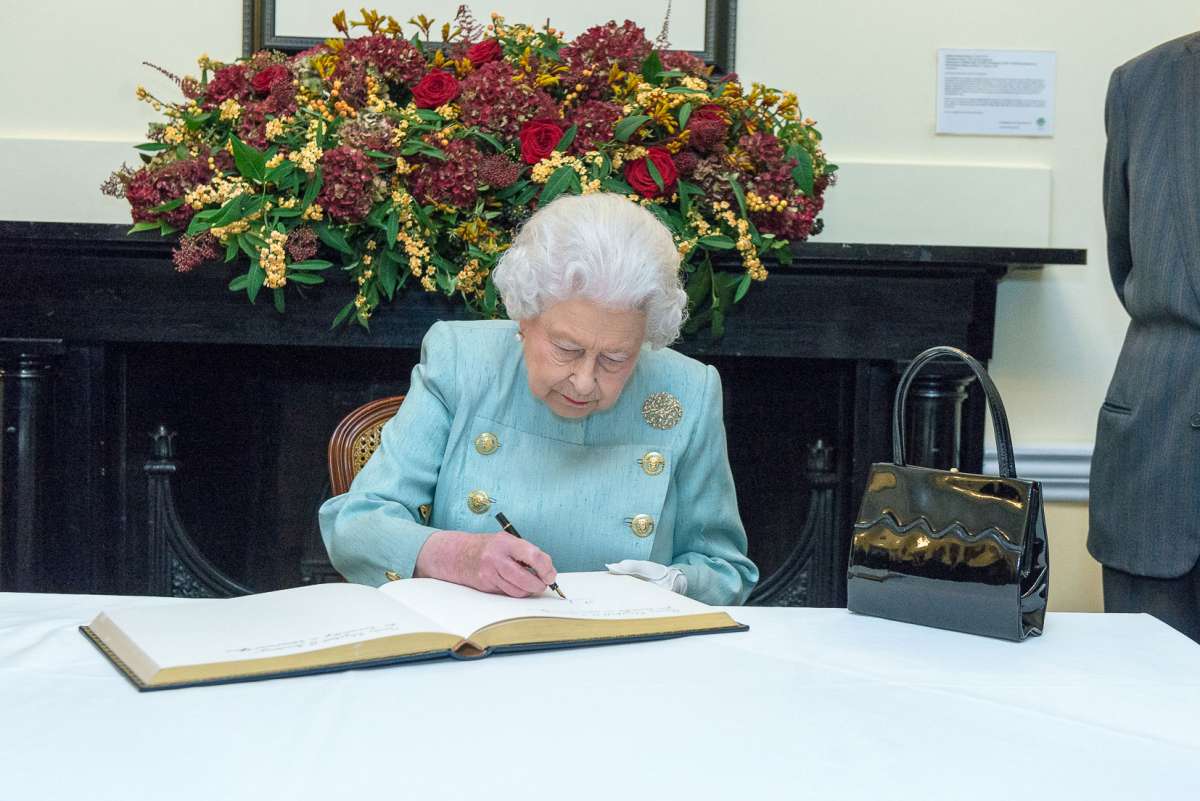 In an old, but recently dug up US Weekly article the Queen once said the word "pregnant" is one of her pet peeves. Here's why she thinks the word is vulgar and refuses to use it.
Laura Richards

Rarely do we learn of behind closed doors, insider intel on what the Queen of England really thinks but we’ve got an interesting little tidbit about the one word she absolutely hates.

There are many words we can imagine the British Monarch would not particularly like or use but there’s one word that Queen Elizabeth considers completely vulgar.

Several years ago, when Prince George was a baby, a palace insider gave the scoop to Us Weekly that the Queen finds the word “pregnant” to be vulgar, preferring instead to use the term “in the family way.” In fact, the word “pregnant” is one of the Queen’s many pet peeves. The one-page, US Weekly article documented other pet peeves of Her Majesty including her dislike of soup, potatoes, babies at the dinner table, people who pet her beloved corgis, and her dislike of shorts on men (pants only please).

Now with the exciting news that Prince Harry and his new bride Meghan are having a baby, the world is abuzz with talk of the pregnancy but just don’t call it that in the presence of the Queen! Many may think this is prudish, but the Queen must always speak with propriety, and let’s remember she’s from a different era when the word “pregnant” would never have been considered suitable to be uttered in public. Her preferred term of “in the family way” was the norm as was “expecting.” Also keep in mind that the Queen is 92-years-old and words we use without a thought today, were once considered inappropriate; “pregnant” being one of them. She’s also a Royal and their language usage isn’t your typical everyday banter around the water cooler.

So, if you ever find yourself at Buckingham Palace, congratulate the great-grandmother to be, just be very careful with how you express your wishes on the um, pregnancy!

Thank you for your feedback.
About the author
Laura Richards