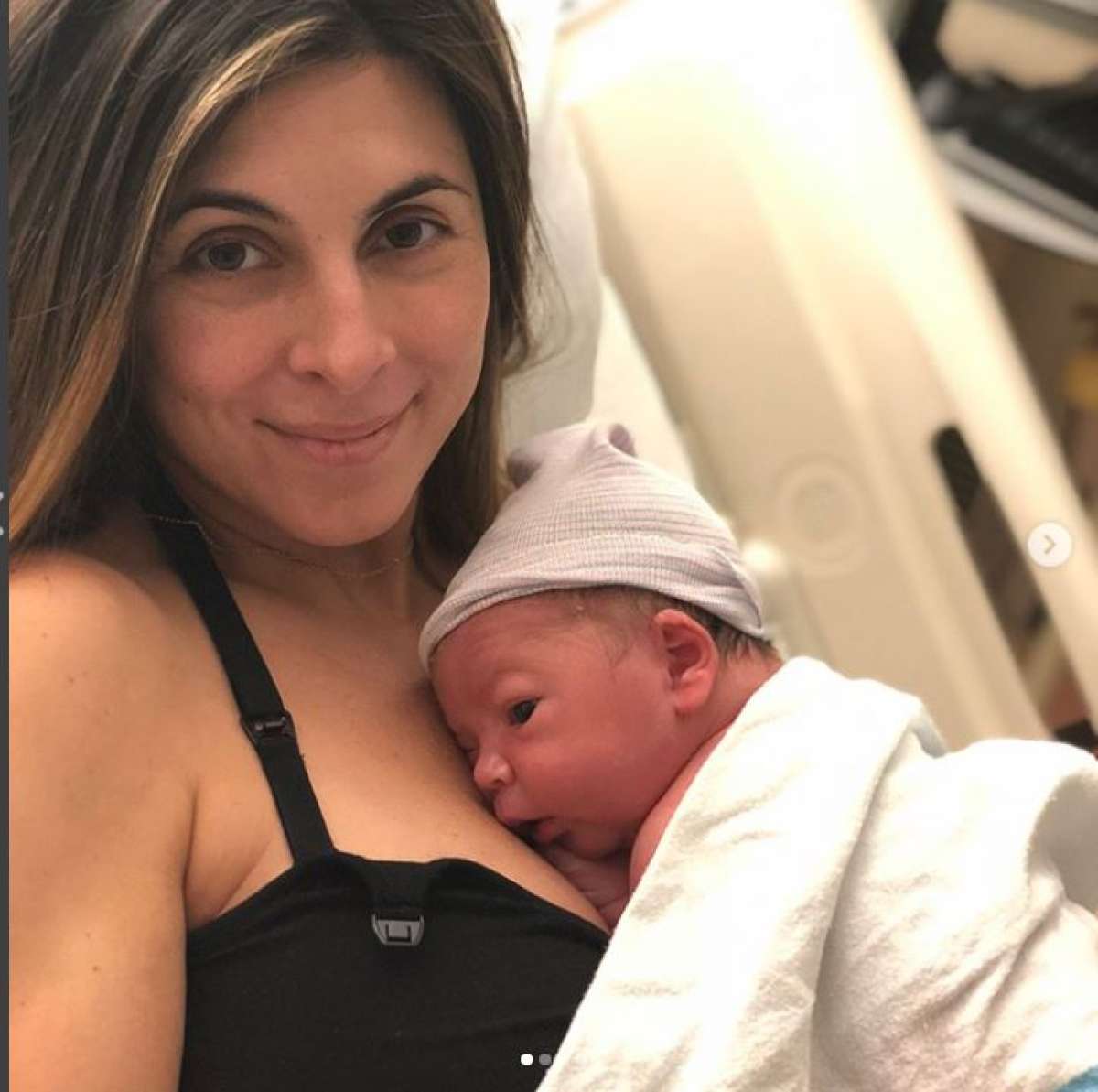 Lots and lots of celebrity babies were born in January. We picked our favorite Instagram announcements!
by: Laurie Mega

We know Kim and Kanye's third child and second daughter was born this past month (really, we don't follow them too closely). But did you know a whole bunch of other celebrities became first-, second- and even third-time parents this month? We rounded up our favorite celebrity babies born in January 2018.

The Lady Antebellum front woman welcomed her second and third daughters with a cute picture of their little newborn hats on Instagram. No word yet on names.

Our family is thankful and proud to announce the arrival of our precious baby girls. They were born in the early hours of January 29th, 2018 and we can’t wait to share more about them in the days to come. Thank you to everyone who prayed and prayed for these little ladies, and thank you Lord for healthy babies. #twins

Sopranos star welcomed her second son, Jack Adam with this beautiful pic. Apparently, this little guy was late, and Mama isn't going to let him forget!

He’s here. Jack Adam Dykstra we will talk about your tardiness eventually, but for now we’ve got a lot of love to give. Thanks to my besties for helping me laugh and smile and to my husband for just being my rock.

Fear the Walking Dead star Mercedes Mason and The Office alum David Denman announced the birth of their first child, Caius Kane. We love Mercedes's caption to this adorable pic...and we totally get the sentiment.

Is it legal to eat ONE of Caius’ feet? I mean he has two...soooo... The most delicious little feet I’ve ever seen! #swoon #SoInLove

HGTV's Home Town stars are also first-time parents, to daughter Helen. And judging by the sheer number of pics on their Instagram, Ben is absolutely loving being a father!

It's only January, but this has to be the celebrity newborn pic of the year. We applaud Brooklyn Decker for ignoring the coned dog to get that elusive good-hair-day shot. They're so few and far between when you have a new baby! (Also...vintage soaking tub?!)

A newborn, a toddler, a dog in a cone, a dog with a tumor but I’m having a good hair day so it’s fine we’re fine I’m fine.

Can't get enough of celebrity kids? Check out the kids who made it to the Grammys this year!