Is It Still Legal to Get Abortion Pills Online Post-Roe Ruling?

Learn about all of the current legalities regarding receiving abortion pills online and medical abortions performed at home.

The Supreme Court’s historic overturning of Roe v. Wade has turned women’s reproductive rights upside-down, making the ability to get an abortion across nearly half of the nation illegal. This leaves many women turning to online sources to obtain abortion pills to end their unwanted pregnancies. However, due to the potential legal issues tied to this previously lawful decision, many wonder if this is still a viable solution post-Roe. Below, we detail the current information on this developing issue.

What is a Medical Abortion?

Medical abortions and surgical abortions are the two main methods most often used to terminate a pregnancy. A surgical abortion is performed in an office, health center, or hospital by a medical professional. During a surgical abortion, gentle suction is used to remove tissue from the uterus. This option is often more effective than a medication abortion and can be performed up to 23 weeks. The surgical route often involves a doctor administering local anesthesia and takes 3-4 hours per session.

However, a medical abortion can be performed at home by taking a specific abortion medication during the first 4-10 weeks of pregnancy. Although slightly less effective in later pregnancies, many women choose this method because it can be performed earlier in pregnancy, offers greater privacy, and is a non-invasive procedure.

A medical abortion is a procedure that uses medication to end a pregnancy. According to the Mayo Clinic, in most cases, a medical abortion involves the woman taking two medications over a period of 48 hours. This first medicine that is usually administered is called mifepristone (Mifeprex). This stops the pregnancy from progressing any further. The second drug that is usually administered is misoprostol (Cytotec). This causes the uterus to contract and triggers the emptying of its contents. Antibiotics will sometimes also be administered to prevent an infection.

As of February 2022, the Guttmacher Institute notes that more than half of terminated pregnancies in the nation are done through the use of medicated abortion. This is considered a safe option for women who are in their first trimester. The method can be used in the first 10 weeks of pregnancy.

Some sources will require a telemedicine appointment through video chat or over the phone while others will provide the medications after consultations through text messages. It is important to note that clinicians can and will refuse to provide these medications if you have certain health conditions such as bleeding disorders or irregular periods.

How is This Different From Plan B or Birth Control Pills? 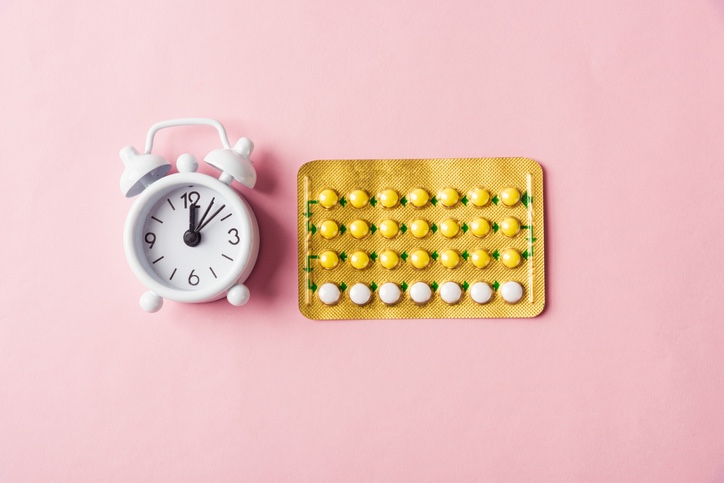 Unlike a medical abortion, Plan B is only effective within the 72 hour window following intercourse. This form of emergency contraception uses a hormone called levonorgestrel, which essentially makes it more difficult for the sperm and the egg to meet by delaying ovulation. It also makes it harder for a fertilized egg to attach to the uterine wall. However, if the fertilized egg has already implanted or you are already pregnant, the hormone will not work.

Similarly, birth control pills are designed to prevent ovulation from occurring, making it virtually impossible for the sperm to fertilize the egg (assuming that you are taking your pills properly and have no underlying conditions that could make them less effective). 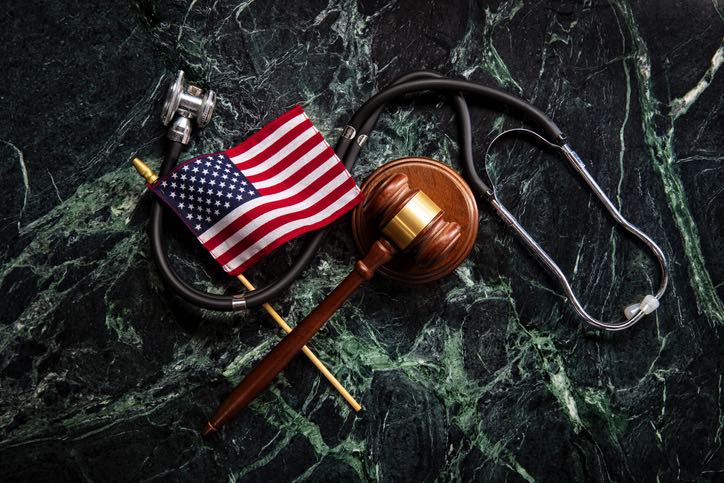 Following the overturning of Roe v. Wade, eight states immediately banned all abortions. Thirteen other states had trigger laws in place that will make this procedure illegal within thirty days or less after the ruling made on June 24, 2022. While this mostly encompasses Republican states, there are some ‘red’ states that have abortion protections in place as well as a handful of Democratic locations, like Wisconsin and Arizona, that had pre-Roe abortion bans already in effect.

These restrictions tie the hands of healthcare providers, making them criminally liable for helping women seeking these services.

Does the Abortion Ban Apply to Online Abortion Pills and Medication?

Following the overturning of Roe v. Wade, many people and lawmakers questioned if the abortion bans could legally be applied to medical abortion as well. The White House has already issued a fact sheet saying the federal government will be fighting to protect access to mifepristone.

In December 2021, the Food and Drug Administration (FDA) broadened access to abortion medications, making this form of abortion care readily available by mail or to be picked up at a pharmacy. After the Roe v. Wade ruling in June of 2022, the Biden administration is preparing to argue in court that the FDA’s approval of medication abortions pre-empts recent state restrictions, and federal authority outweighs state bans.

However, private social media plaftorms like Facebook and Instagram have already begun removing any advertisements from companies advertising or distributing legal abortion pills. On the same day of the ruling, both Facebook and Instagram started moderating these posts more strictly, automatically removing any material containing the phrase “abortion pills” and other related terms. This could indicate that access to these products are being viewed as illegal by these tech companies, and could have greater consequences down the line.

This can make it harder for women to locate reputable resources for this treatment. As of right now, it is still legal for most women to receive abortion pills online. However, the legality of this action does vary from state to state, and it could change in the weeks to come.

Mail Order Medication Is Still Illegal in Some States

While this seems like a simple workaround for women living in stricter states, Texas lawmakers made this option illegal in the same month. The punishment is jail time and a $10,000 fine to any telehealth provider who sent abortion medications by mail to Texas residents.

These laws have also been in place in Arizona, Arkansas, Louisiana, Missouri, Tennessee, West Virginia, and most recently, Oklahoma’s new abortion laws now make the practice of medication by mail illegal as well. What this means is that if you live in one of these locations, it is not legal to get abortion pills online and legal ramifications should be expected if you pursue this route.

South Dakota’s Governor has recently pledged to put a similar law in place, but vows to not punish those seeking the treatment, just the providers. While the U.S. Postal Service will not be screening packages from these sources, it will still be extremely difficult for women in these states to find someone to prescribe them these pills.

In What States is Ordering an Abortion Pill Online Still Legal?

Currently, Planned Parenthood’s website says that they will mail abortion pills to women living in Colorado, Hawaii, Illinois, Massachusetts, Maryland, Montana, Nevada, New Mexico, Pennsylvania, Virginia, Washington D.C., and Washington. While there are many other states that will do the same, in order to receive these medications they will also require a combination of some or all of the following: in-person visits with an abortion provider, an ultrasound, counseling, and a waiting period.

International Options Are Available, But the Legality is Cloudy

There are international prescribers like Aid Access that state they will provide these medications to anyone. It will likely be hard for U.S. lawmakers to prosecute these organizations since they are located overseas, but the impact on the women receiving the pills is still murky.

Moreover, there is a big concern over the time it will take for women to receive these drugs due to their origin from pharmacies in places like India. Most importantly though, if you intend to use a provider outside of the United States, make sure that it is a reputable and safe organization.

Current Legislators Stance on This Decision

This women‘s health issue continues to develop, with the aftermath of this decision bringing regular changes in legislation. However, one thing is clear — while the Supreme Court had a majority vote to overturn Roe v. Wade, President Joe Biden and Attorney General Merrick Garland do not agree with the decision.

So if a woman lives in a state that restricts abortion, the Supreme Court’s decision does not prevent her from traveling from her home state to the state that allows it.  It does not prevent a doctor in that state — in that state from treating her. As the Attorney General has made clear, women must remain free to travel safely to another state to seek the care they need.  And my administration will defend that bedrock right.”

Thus, while not all women may not be able to have a virtual abortion legally, they do have the right to travel to other places to obtain proper treatment. 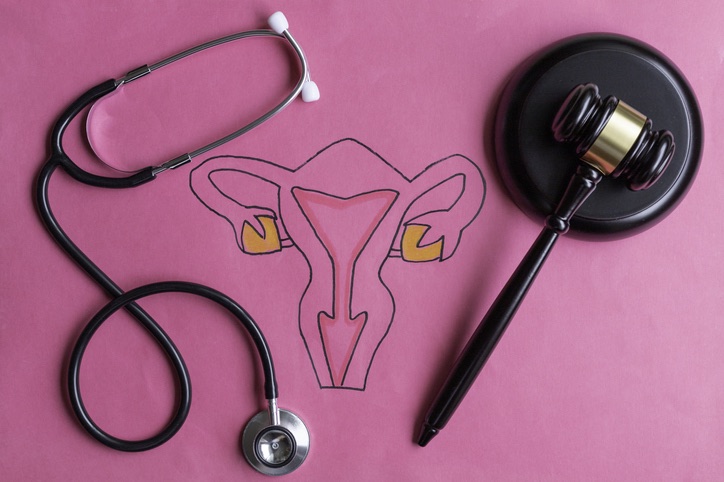 Both the Kaiser Family Foundation (KFF), a nonprofit organization, and the Guttmacher Institute, a pro-choice research organization, are amazing resources for obtaining updates on this developing issue. They provide timely details on abortion access across the nation.

Additionally, Plan C is another nonprofit organization that can give you information on telehealth services available in your state and possible solutions if abortion is banned where you live. Finally, make sure to stay apprised by following reputable news sites to get daily reports on this evolving legislation and current state laws regarding abortion.

Over the next few months, women should expect drastic and ongoing changes to continue in the realm of reproductive health, so it is imperative that you confirm that laws and state guidelines have not changed if you decide to have a medicated abortion. 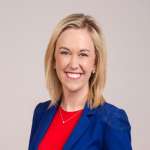