Meaning and Origin of: Rebeca 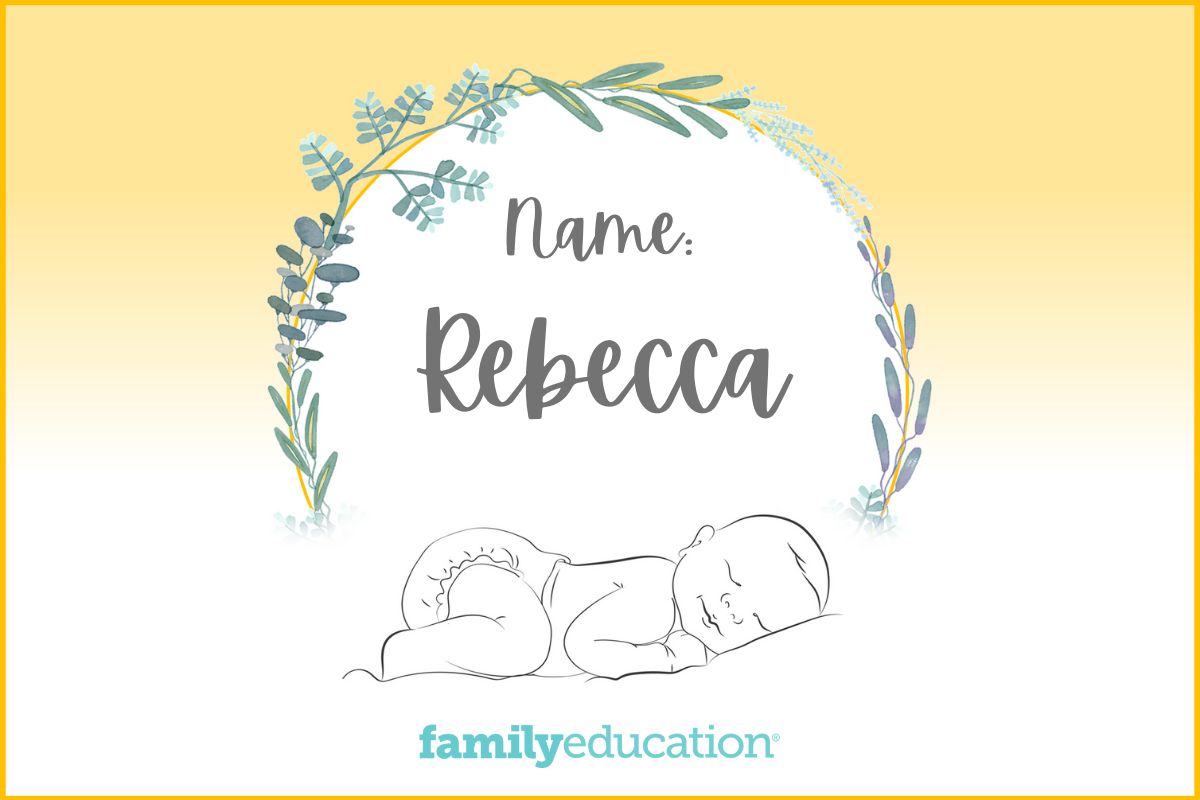 What Does Rebecca Mean and Stand For?

The name Rebecca comes from the biblical Rebekah, wife of Isaac. Rebecca has long been a popular Jewish name, but did not gain widespread popularity until the 1600s when the Puritans began using it.

What Does the Name Rebecca Mean?

Rebecca is a girls' name of Hebrew origin, meaning "to tie or bind." Rebecca is a biblical name from the Old Testament. The biblical Rebecca (sometimes spelled Rebekah) was the wife of Isaac and the mother of Esau and Jacob.

Rebecca has long been a popular girls' name in the U.S., and is commonly shortened to Becca or Becky.

How Popular is the Name Rebecca?

Rebecca is the #304 most popular girls' name in the U.S., according to 2021 Social Security Administration data. It was a very popular name in the late 90s and early 2000s, reaching a peak of #39 in the year 2000. Since then, it has been slowly falling on the charts.

However, Rebecca ranks #2 on FamilyEducation.com.

According to Google search data analysis, in the last five years Rebecca was at its peak popularity in October 2020.

Popularity of the Name Rebecca in the United States

Rebecca was searched for most often in the following states:

The name Rebecca features in TV and movies, such as Cheers, Full House, Confessions of a Shopaholic, Roseanne, South Park, How to Get Away with Murder, Pitch Perfect, and Crazy Ex-Girlfriend.