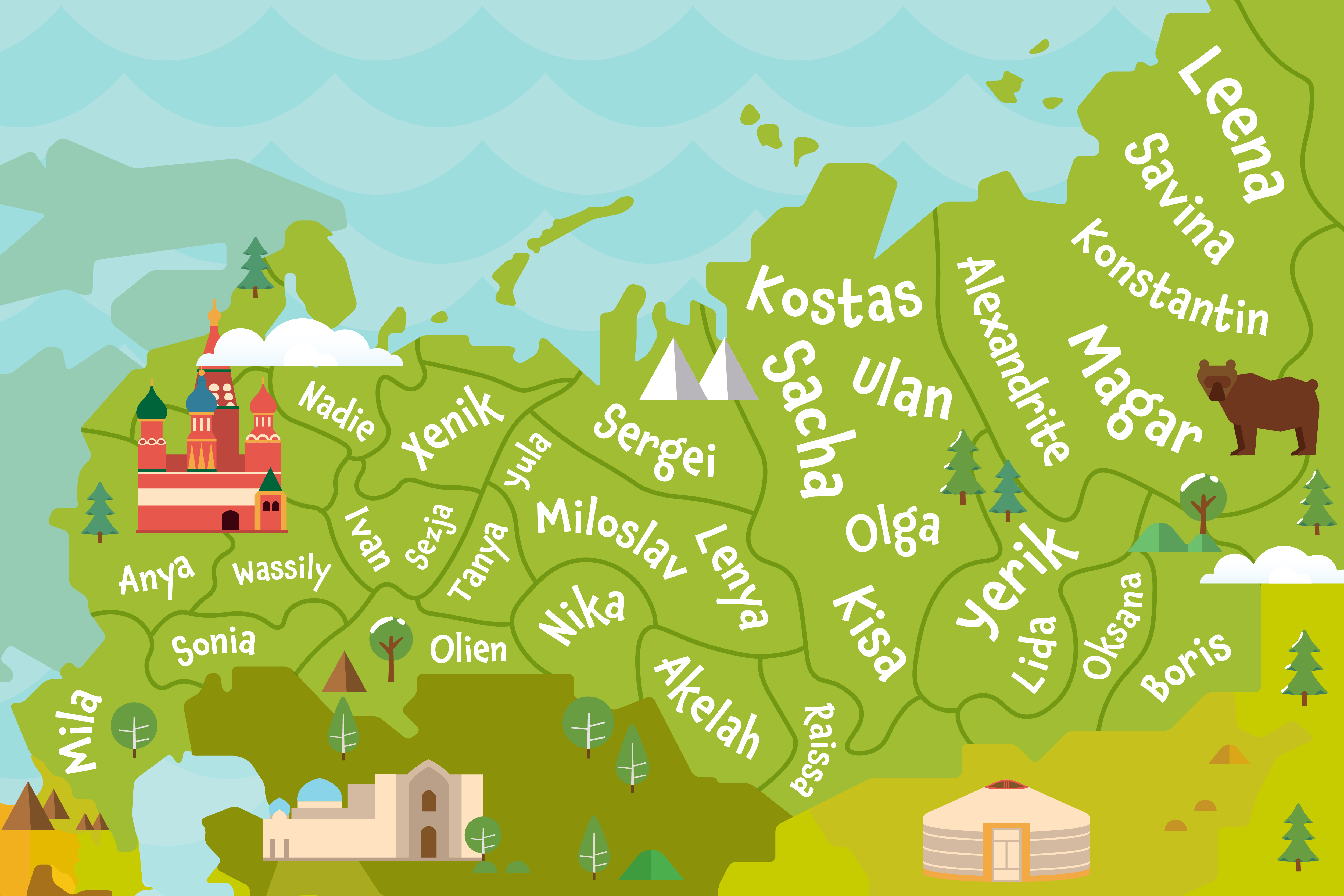 Eastern Slavic naming customs are most frequently used in Russia. A traditional Russian name consists of a given name, a patronymic name that serves as a middle, and a family name or last name. The patronymic name is most commonly a name that comes from the father or another paternal ancestor and has a -vich suffix for a son and a -avna or -ovna suffix for a daughter.

Most Popular Russian Names on FamilyEducation

Many Russian names originate from either Eastern Orthodox Church traditions, most commonly seen in names of Saints, or native pre-Christian Slavic traditions. Like the US, Russia experiences the ebbs and flows of naming trends. For example, after the Russian revolution in 1917, many new names emerged that honored communist ideals. Likewise, post-Soviet Russia has seen name trends follow popular music artists, famous actors, and an influx of foreign names.

5 Most Popular Russian Names for Girls

5 Most Popular Russian Names for Boys

The Russian Orthodox Church is one of the largest religious organizations globally, with an estimated 90-million members. Christianity was introduced to ancient Slavs in the 9th century by Greek missionaries. As a result, the church became a central figure in Russian culture. Even with the separation of church and state following the 1917 revolution, during which the government seized religious lands and arrested clerics, the church held fast. In the 1940s and 50s, the church saw a revitalization and expansion that continued well into the 1980s. Today, the Russian Orthodox Church remains a stalwart in the lives of many Russian citizens, both religiously and culturally.

Russia is an ancient Slavic land, and long before the Christian church, western or far eastern influence played a part; Slavic cultures had their names and naming traditions. Many of those traditional Slavic names still exist and are commonly used today.

Greek missionaries were the first to introduce Christianity to Slavic culture, and as a result, Greece and Byzantine Empire became a significant influence over Slavic culture. The Byzantine empire influenced language, culture, religion, and names. Open trade routes allowed for the freedom to exchange not only goods but ideas, knowledge, and other aspects of culture and life.