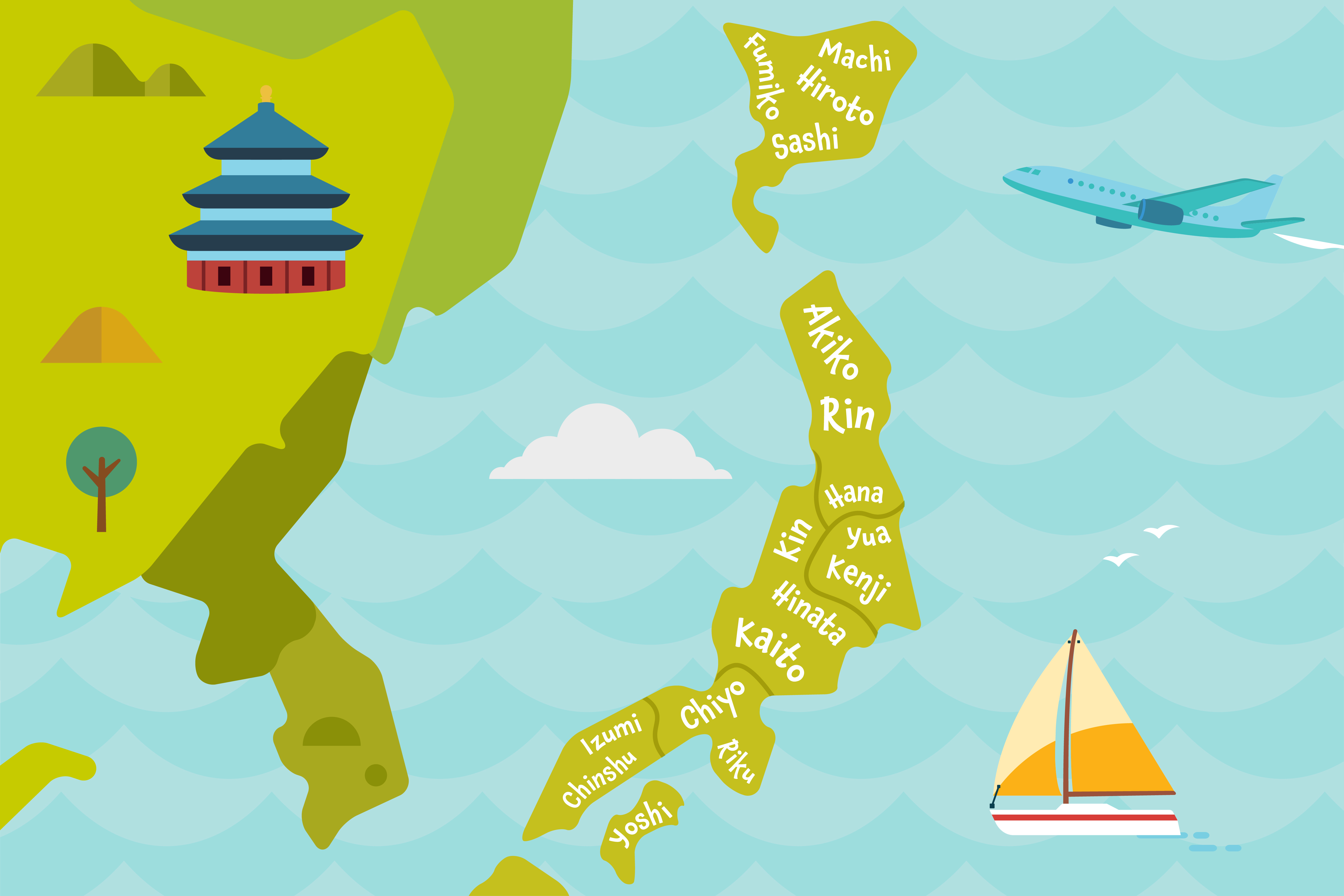 During the feudal society times in Japan, given names represented a person's social status. Therefore, Japanese names were fluid and often changed with a person's status and affiliations during these times. In Japan, status, birth order, personality or physical traits, warrior status are some of the inspirations behind baby names.

In the 1870s, with the creation of the family registration system and a formalized naming system, the Japanese naming tradition we know today, consisting of a surname and given name, came into fruition. Traditionally, In Japan, the surname comes before the given name, and people were often referred to by their surname rather than their given name. In Western cultures, the given name is what we think of as their first name. Given names are typically written in Chinese characters called kanji, which can drastically change the meaning and pronunciation of the name.

As someone who had the privilege of living in Japan for a year in the early 2000s, I can tell you it has become quite common, especially among post-WWII generations, to use the common first name, last name styling.

Traditional Japanese boy names were often styled on birth order. For example, Ichiro means “first son,” Jiro means “second son,” and Saburo means “third son.” This theme is widely expanded on for baby boy names, and there any many different names and meanings for sons based on birth order.

Japanese girl names have become widely known amongst English speakers because of anime and manga, two well-loved art forms that originated in Japan. Many of the names used in these popular art forms are also well-loved Japanese baby names. Here are some of the most popular names for girls in Japan.

Many popular boy’s names in Japan are well known because of actors, baseball players, and musicians from Japan. Here are some of the most popular and well-known Japanese boy names.

Nature has inspired both boy and girl names in Japan. In a country whose length is comparable to the eastern coast of North America, Japan is a place of vast and contrasting climates and wildlife.

Many names in Japanese have a meaning stemming from physical attributes or a person’s personality. Parents may choose these names hoping to impart some of the name’s meaning onto their new baby.

Japanese names have been inspired by a person’s job, like many other cultures. Many names are also the result of the samurai warrior class in Japan, which existed from the 12th century until the late 19th century. As a result, occupational names tend to be primarily male names.